Sponsored content: Young people rose as governments remained seated. We spoke to some of the many youth organisations involved at the climate change conference 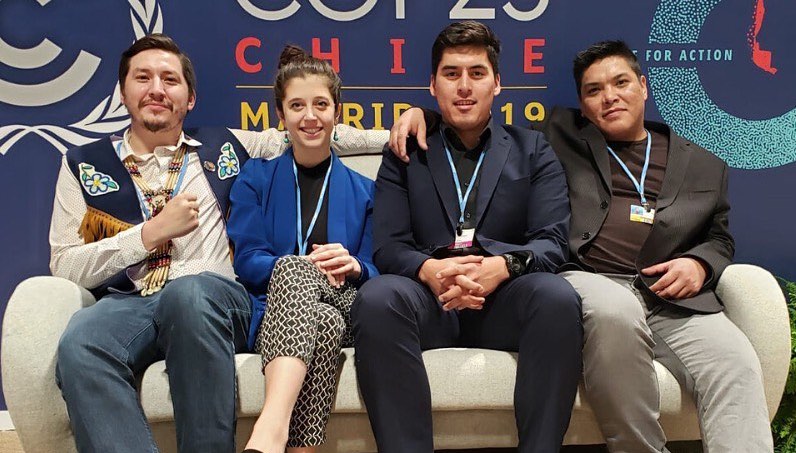 There is still a lingering frustration amongst climate activists a month after Cop25 ended.

What was supposed to be a crucial moment in negotiations before governments are meant to outline more ambitious climate policies in 2020 concluded with issues unresolved, commitments retracted, and ambitions weakened.

But between the muddle of international politics, there was a shining light of hope – the youth, participating in Cop25 at record numbers.

“It’s so amazing to see so many young people doing this together,” said 27-year-old Dominique Souris, who co-founded Youth Climate Lab, a Canada-based organisation that works to foster local climate action projects for young people around the world.

“Back in high school, we were the nerds that cared about the environment and it was very much a fringe issue,” she said of herself and her co-founder, Ana Gonzalez Guerrero.

“I would never have imagined that it would take a school strike on a Friday for us to get to where we are now”, referring to the movement Fridays For Future, founded by 17-year-old Greta Thunberg.

“The best way for us to work through our anxieties and frustrations about the future, is to run projects and build our platform. We’re working towards a better world, and we’re committed to that”.

This was the first Conference of the Parties since the youth climate movement became a global phenomenon. Young people from across the globe convened in Madrid to pressure leaders at the negotiation table, hold demonstrations on the streets outside, and move forward a diversity of innovative youth-led climate activities. Their participation at Cop25 was the highest it’s ever been and shows how young people are at the heart of dealing with the ongoing climate emergency.

“Millions throughout the world, especially young people, are calling on leaders from all sectors to do more to address the climate emergency we face” declared United Nations Secretary General António Guterres, at the conference’s opening ceremony.

Guterres has been increasingly supportive of the youth movement since assuming office in 2017 and added, “they know we need to get on the right path today, not tomorrow.” For youth organisations, Cop25 was full of dynamic and valuable moments, in spite of the event’s failure to deliver ambitious policy change.

“We cannot deny there is power that lies in there” said Maria Alejandra Escalante, a 28-year-old Climate and Environmental Justice Advocacy Officer at FRIDA The Young Feminist Fund. “Cop is the only space where there’s an inter-governmental dialogue on climate change.”

FRIDA helps to amplify the voices of young feminists in a number of different areas, and climate justice is a particular focus. In Madrid, they worked to bridge the gap between climate policy inside the conference, and feminist activism taking place outside.

Maria Alejandra said, “These kinds of negotiations are very technical and secluded. We need to act as fact translators to the outside world and warn them of the impacts”.

FRIDA’s Cop activities ranged from delivering workshops to organising gatherings. They also joined the civil society protest on the penultimate day of talks and some members, including Maria Alejandra, were forcibly removed by security. 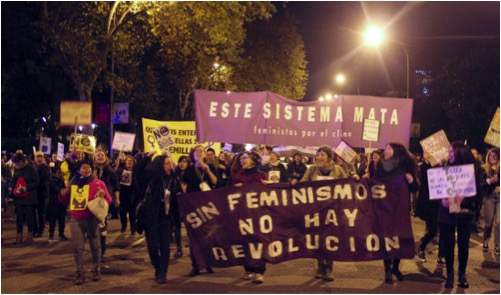 One organisation which knows only too well the current impacts of climate change, is Inuit Circumpolar Council, who represent all Inuit on matters of environment and human rights.

Youth members from the Council attended the conference to support the rights of indigenous people across the Arctic. At Cop, these youth participants screened their documentary called Happening to Us. The documentary was created by youth from Tuktoyaktuk in Canada, and it depicts coastal erosion in northern Canada and the impacts of sea-level rise from the perspective of young community members.

“Our words can have a bigger impact than our voices, and it’s important that we understand that”, said 28-year-old Crystal Martin-Lapenskie, President of the National Inuit Youth Council for Canada – an organisation supported by Inuit Circumpolar at Cop.

She added, “change will only happen at the political level. We need to be present and actively involved. If we do, I am hopeful that we will see changes at the conference”.

Climate change in the Arctic is being felt on an immediate and acute level and, according to NASA, sea ice is now declining at a rate of almost 13% per decade.

“These experiences are really valuable for us as organisations, even if the negotiations themselves were not as successful as we were hoping they would be,” said 28-year-old Ana Gonzalez Guerrero, co-founder of Youth Climate Lab. “The value of attending Cop comes from the kind of people we meet there and being able to have all these different organisations together in the same place, at the same time”.

Youth Climate Lab ran a number of events at Cop25, including fireside chats between youth and business leaders, and a youth and climate finance event. The Lab also brought along two youth-led Canada-based projects to the conference; Climate Action Cohort, and FutureXchange. These programmes facilitated knowledge transfer and explored the interconnections between international climate policy and community action.

Spending two weeks at the conference helped Youth Climate Lab connect with like-minded organisations and other passionate young people, who were looking for their next step in engaging with climate policy. The organisation aims to catalyse funds for youth-led action and entrepreneurship, and their attendance at Cop was crucial in supporting members to explore the interconnections between community-based action, and international policy.

But their participation at the conference, along with youth participation across the board, brought something that no international leaders and governments could bring, and that was hope.