Comment: Discussing climate change with friends and family can at times feel daunting. But following a few simple principles can help navigate the conversation 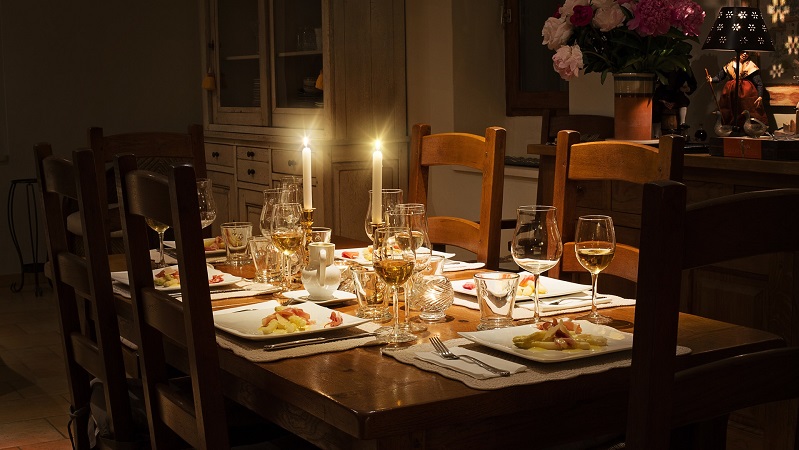 Talking to family and friends about climate change over the holidays does not have to be daunting and difficult. (Photo: Movilh Jill Wellington/Pixabay)

All Christmases tend to merge into one, but I remember the Christmas of 2007 rather well.

I got my first job as a climate campaigner that summer and by the end of December had absorbed enough climate facts to fundamentally – and permanently – alter my view of the world. I remember sitting in the corner during the family games wondering how they didn’t know what I knew, why they didn’t care.

But when they asked me about my new job, I dodged the question.

Talking about climate change during family holidays is hard. Even when you live it every day, like I do, the topic can feel too depressing, too divisive, too judgy to bring up. We can see this in the polling figures. In April 2019, six in ten Americans still said they “rarely or never” discussed the topic with family or friends.

But we also know that talking about climate change matters.

As people, we guide our behaviour not by facts and figures but by the behaviour of the people around us, the people we respect – and the conversations we have with them. Radical changes to politics, economics, and how we live are only going to happen if they are enthusiastically accepted across society. That requires talking about it.

Recent research, which I led for climate communications charity Climate Outreach, suggests how to have a constructive conversation about climate change using the mnemonic REAL TALK:

Action makes it easier (but doesn’t fix it)

Learn from your conversational partner

The principles may seem obvious, but trying them out can be a profound experience – particularly in anxious and divisive times.

The twin ghosts of blame and shame haunt climate conversations, particularly among Westerners. It may feel reasonable – and hard to avoid feeling judgemental of your sister-in-law’s five holidays abroad this year – but the evidence shows that fear, guilt, shame and obligation compromise the quality of the connection between two people.

Instead, like all other conversations, a good climate conversation is about building a connection between people, based on mutual respect and a willingness to listen to one another – even if it means swallowing your tongue occasionally. The #TalkingClimate handbook we produced suggests trying phrases like “I find that really hard as well….”  or “We don’t agree on this but…”

The UK’s national health service (NHS) advises doctors trying to guide their patients to better health choices to ask open questions. This breaks down patterns of attack and defence and draws out the person’s thoughts and feelings about their behaviour.

This advice can pose a challenge to activists as it involves not saying things. Climate conversations can sometimes feel like they’re turning into a Battle of the Alternative Climate Facts – an exhausting and not very productive undertaking. Opening up, focusing on connection, and simply enjoying the conversation, avoids this.

People also aren’t motivated by statistics. We are motivated by stories. So telling your ‘climate story’ can be a better way to connect than statistics. It also means that not knowing the exact projection for sea level rise under different AR5 scenarios doesn’t have to kill the conversation.

One way to build a climate story is to reflect on the answers to some simple questions: was there a particular moment when you first became concerned about climate change? What are you doing in response to it now, and how do you feel about that?

Action and bringing it up

It can be hard to know how to bring up the topic of climate change. In our study, respondents who were doing something to tackle climate change – even if small, personal and not reflective of the extent of the problem – found it easier to start conversations about what they were doing. This is in line with previous research showing that the idea of doing ‘something’ makes the intimidating information about climate change easier to cope with.

So if you’re already taking some kind of action, that automatically makes you a good climate conversationalist, and important to the people around you who share your values and are influenced by your behaviour.

Many of the participants in our study enjoyed having lots of conversations about climate change, and were surprised by the unexpected opinions they encountered in people. One commented: “I was in general surprised to find that people do care.” Another wrote, “I learned a lot from the conversations.” In times of rising climate concern, people may not conform to your preconceptions about what they are going to say.

But there is obviously a balance. Launching into a dissertation about what someone else could be doing will not only undermine their sense of autonomy and personal control over their choices, but also ruin Christmas dinner. Focusing on connection and respect can mean not talking when it isn’t the right time to do so, and not worrying about it.

Conversations aren’t battles to be won and lost. They may just be a brief exchange over peeling sprouts, moving a tiny step closer to social engagement on climate change. Our research suggests that sharing reflections on something you both care about could even make the day richer. I wish I’d known that – and had the courage to try it – back in 2007.