We can grow more climate-friendly rice

Sponsored content: Rice contributes as much carbon as aviation. But rather than stop growing it, we can make it less damaging 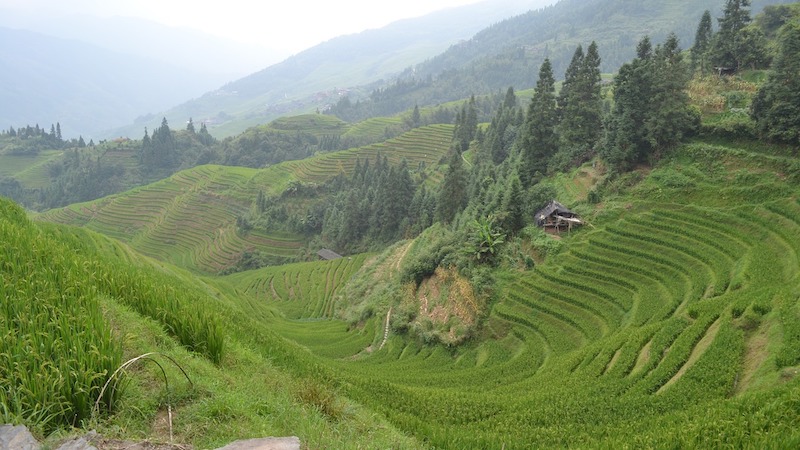 Rice feeds half of the world’s population on a daily basis, but it is also an important driver of global warming.

That’s why 48% of the countries negotiating at the UNFCCC meeting in Madrid have included rice in their agricultural nationally determined contributions (NDCs), which could make for a “great opportunity for business and finance”, according to Donika Dimovska, director of impact and innovation at the Earth Security Group (ESG).

At an event held on Friday at the GCF+GEF pavilion at COP25, Dimovska emphasised that “this is an important momentum”, since 2020 “is going to be a key year for the agricultural sector, especially for green bonds”, she said.

Dimovska argued that the rising awareness of the urgency to mitigate rice farming greenhouse gas emissions (GHG), along with the need to adapt to changing climate conditions – that are also harming rice production – could unlock finance to finally scale sustainable rice farming.

Accounting for around 2.5% of all global human-induced GHG emissions, rice’s climate footprint is comparable to that of international aviation. Rice production is estimated to be responsible for 12% of total methane global emissions, mainly due to its anaerobic decomposition during its production processes.

“Rice grows mostly in flooded fields called rice paddies. The water blocks oxygen from penetrating the soil, creating ideal conditions for bacteria that emit methane. The longer the flooding lasts, the more those bacteria build up”, explains the World Resources Institute on its website.

But entire regions depend highly on this staple food. So the solution, rather than quitting farming rice, could be to produce it in a more climate-friendly way. And, while there are some initiatives pointing in that direction, there’s still space for many more.

Dimovska referred to three major barriers that are blocking progress: absence of financial infrastructure to billions; upfront investment that sustainable companies need to make in their value chains; and the lack of public financing.

The session presented a newly released report from the ESG, which included three innovative finance blueprints in line with countries’ NDCs. These include issuing “rice bonds” and “leveraging global climate finance as pathways for private sector investment in climate-smart rice production”.

One of the ideas she mentioned is the creation of a digital platform “not for the entire global value chain but at a regional or country level”, she specified. “Platforms that provide finance to smallholders”.

Another panelist, Zitouni Ould-Dada, deputy director of the climate and environment division at the UN Food and Agriculture Organization (FAO), said that “it’s 50 million smallholder farmers that are feeding half of the world’s population” and thus the focus should be on these communities for which “the investment doesn’t have to be huge”.

Ould-Dada also mentioned the opportunity of combining fish and rice farming practices. According to a FAO report, “over 90% of the world’s rice, equivalent to approximately 134 million hectares, is grown under these flooded conditions providing not only home to a wide range of aquatic organisms, but also offering opportunities for their enhancement and culture”.

From the International Emissions Trading Association (IETA), Simon Henry, director of carbon market development, said that “in Arkansas there has been a group of rice farmers working with an environmental NGO to stand for carbon credits from rice farming in the US”, which, to him, proves the “massive potential in agriculture, including rice farming, for emissions reductions”.

“This is a growing area of interest to IETA”, he stated, and reminded that the association has just launched an initiative called “Market Financial Climate Solutions”, that aims to create large scale markets on nature-based credits. “One topic that would make this a lot easier is Article 6 of the Paris Agreement, the missing piece that sets the framework for countries to cooperate internationally in delivering NDCs”.