‘Difficult to ignore’: how coalitions in Kenya are lifting up each other’s voices

Sponsored content: By working together, small communities are scaling up climate solutions and protecting their lands 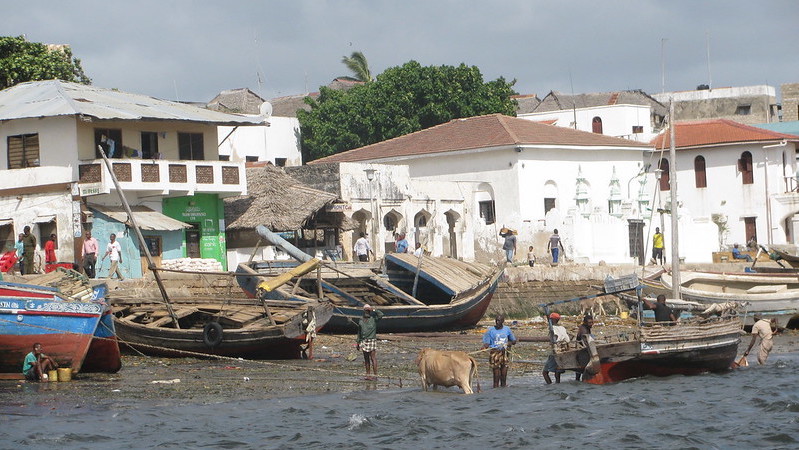 New coalitions in Kenya are leading the fight against climate change.

In Lamu, an archipelago in the southeast, a coalition of local communities are working to push back against the proposed construction of Lamu port and Lamu Coal Power Plant.

The plant would be Kenya’s first coal power station and would jeopardise the country’s clean-energy pledges to reduce its small carbon footprint by nearly a third over the next decade.

Lamu is also a Unesco World Heritage Site, which is legally protected land. The town is the oldest and best-preserved Swahili settlement in East Africa, and one of the only settlements that have continuously been inhabited for over 700 years.

Save Lamu is a coalition of over 40 groups that helps to bring awareness of the concerns of the Lamu community about the port and power station to government actors, and through the coalition, the Lamu community have demonstrated how, together, they can bring about real change.

“The community have taken the government to court on certain aspects of public participation on [the Lamu coal station] project,” said Rose Birgen, Senior Programme Officer with Natural Justice, an environmental and human rights organisation in Nairobi that supports the coalition.

It was through those court proceedings that the Saving Lamu coalition and Natural Justice achieved a significant victory in pausing construction of the coal plant after a tribunal found that the public participation done on the project was insufficient. Many were unaware of the full scale of the project and its possible impacts on their health, the land, and the environment.

This success also means that a new environmental impact assessment must be undertaken, which has given time for the communities of Lamu to offer their voices on how the project will impact them and their livelihoods.

“The coalition has united the community around the issues that affect them,” said Birgen. “It has also helped communities demand the respect that they want to be shown by the government, demand respect to the law and judicial processes.”

The power of a united voice is being heard throughout Kenya. In the north, where the majority of pastoral communities live, coalitions are helping to foster sustainable land management and prevent conflict.

With the increasing frequency of droughts, more and more livelihoods are affected by conflicts that arise from competition over natural resources such as land and water. It can take years to rebuild typical household livestock after drought, making it harder for communities to survive as they traditionally would.

Land rights are important for communities, not only to keep valuable traditions alive but to help protect the environment in which those communities thrive.

New protections have been introduced in Kenya under the landmark 2016 Community Land Rights Act, which enables community lands to be formally recognised for the first time. These lands represent roughly 67% of Kenya’s landmass.

But the law is both complicated and has not been widely publicised, meaning most Indigenous communities throughout the country have not yet benefited from the new protections.

The Pastoralists Alliance for Resilience and Adaptation in North Kenya (PARAN), has been working to help those Indigenous communities register their land under the law. The coalition was created by the Indigenous Movement for Peace Advancement and Conflict Transformation (IMPACT) with an aim to directly support pastoralist peoples in the development of enhancing climate change resilience and adaptation.

“PARAN is a concept that came from thinking about scaling up climate solutions,” said Mali Ole Kaunga, Director of IMPACT. PARAN was initiated by five indigenous organisations and an additional 23 pastoralists organisations have added their voice to the alliance.

“By bringing together organisations, building an alliance that brings landowners, Indigenous peoples, resource users together, we bring our voices so they can really be reinforced when building policy issues,” said Kaunga.

“Each organisation has its own power,” added Kaunga. “When this power comes together, it becomes a spark, a voice that is difficult to ignore,” he said.

By using traditional institutions and Indigenous experience to build the PARAN platform, communities have created spaces for collaboration and collective decision making.

“It unlocks the potential within us,” said Kaunga. “Intercommunity dialogue is not easy. But with diverse representation, we are able to support each other. It is difficult to victimise one organisation on its own. But not altogether.”