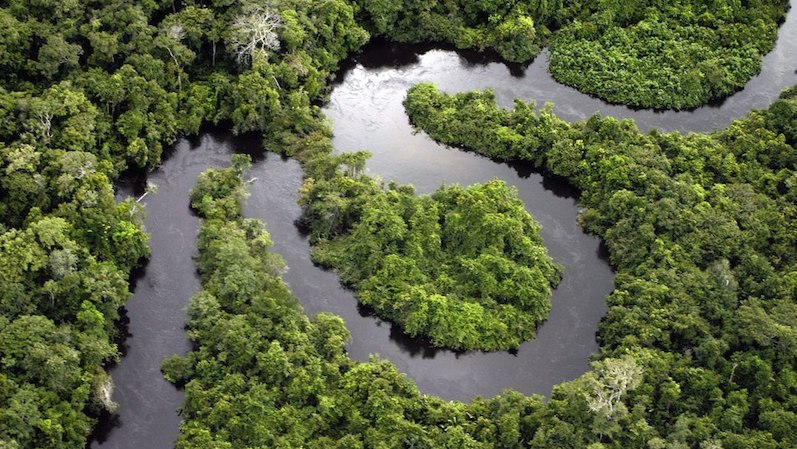 Nature-based solutions, such as planting trees, rehabilitating seagrass beds, or restoring mangroves, can help solve the climate crisis by removing carbon dioxide from the atmosphere.

But such carbon sinks will be become less and less effective the longer humans continue to emit greenhouse gases, Louis Verchot, lead author of the Special Report on Climate Change and Land, cautioned at an event held on Thursday at the GCF+GEF Pavilion during the COP25 in Madrid.

Verchot, one member of a panel of experts at the event, said that for now nature-based solutions (NBS) are a “free subsidy from the environment in response to the pollution that’s going on because we’re stimulating plant growth.” That situation will not persist, he said: “[NBS] have diminished potential over time as we continue to emit greenhouse gases.”

Continued inaction on climate change, Verchot said, means that at some point the planet will reach such temperature extremes that forests will begin to decline, and a key carbon sink will be lost. Halting deforestation, which accounts for 40% of the total anthropogenic CO2 emissions, has twin benefits: preserving the Earth’s ability to absorb CO2 while removing a key source of the greenhouse gas.

“Every year just gross deforestations are pumping out on the order of 20Gt of carbon dioxide. If we stop deforestation tomorrow that is the flux that we would stop from the biosphere to the atmosphere,” Verchot said.

Scientists have known for years that NBS can be part of the solution to climate change. As a result, financial mechanisms like the Global Environment Facility (GEF) and the Green Climate Fund (GCF) have a made significant investments in NBS.

Over the last five years, the GCF has dedicated a total of $1 billion to a variety of projects that focus on NBS for both climate change mitigation and adaptation, said Pa Ousman Jarju, Country Programing Director at the GCF. The restoration of marine ecosystems, he argued, is essential “to improve adaptation of vulnerable coastal populations.”

Other initiatives, such as seagrass rehabilitation or the mangrove reforestation, are being carried out in countries like Mozambique, Madagascar, South Africa, and Tanzania, among others. On forest conservation, the GCF has been working hand-in-hand with the government of Bhutan, which is a carbon-negative country due to all of its reforestation efforts.

Another panelist, GEF Senior Climate Change Specialist Pascal Martinez, said that NBS have been at the core of the organization from the beginning and continue to be a major focus of the GEF, particularly in the new Impact Programs on Food, Land Use, and Restoration (FOLUR), and Sustainable Forest Management (SFM).

The FOLUR Impact Program, Martinez said, “is about sustainable food production to combat deforestation at global scale, focusing on the most important commodities and staple crops. It already has 18 countries on board.” The GEF investment in SFM focus on some particularly important biomes in the world: the Amazon, the Congo basin, and drylands.

Having all stakeholders together is the key to success in developing this type of programs, Martinez said: “There is no nature-based solution without human-based resolutions to change things. That’s why we are focused on having all stakeholders together, including the private sector. The science has already told us what the situation is, and it is very clear. We know where to go and we know how to get there, but in order to do so we need to have everyone on board.”

Though everyone on the panel agreed on the need of NBS to tackle climate change, IUCN Forest Policy expert Adriana Vidal expressed her concern over the understanding of how these projects should be implemented. “There is another layer of considerations that need to be made to make sure the right decisions are made at a landscape level,” she said. While we are responding to climate change, we need to ensure there is no negative impact on other important issues such as the biodiversity.