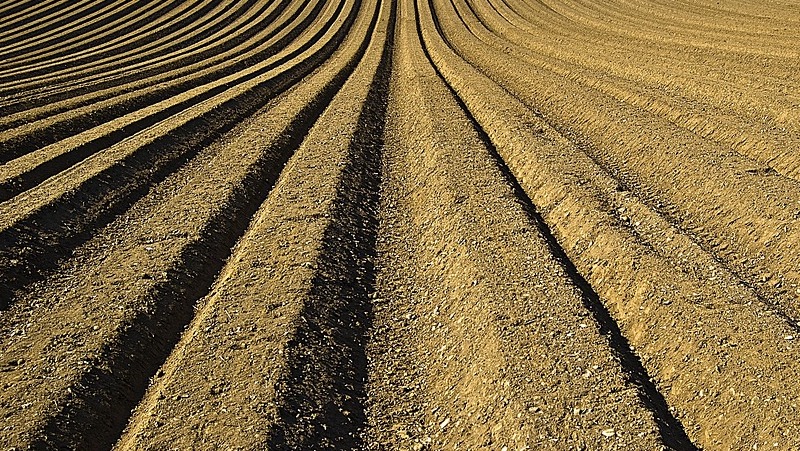 Forecasted population growth could lead to a 30% decline in yields by 2050 if the lack of ambitious climate action persists. (Photo: Pixabay)

Climate variability and extreme events are among the main causes behind the recent increase in global hunger, says a new World Meteorological Organization report presented at an event on Tuesday at the COP25 in Madrid.

The document, titled “State of Climate Services”, highlights that, in a matter of a few years (2015-2018), hunger has gone from affecting nearly 785 million people to being suffered by over 820 million, according to the latest FAO data.

At the session, representatives from some of the entities that have contributed to the making of the report—including the World Food Programme, the FAO, the Global Environment Facility or the Adaptation Fund, among others— discussed about the “urgent” need for climate adaptation and the challenges global warming poses on food security, especially in developing countries.

At a press conference held earlier on the day, WMO Secretary General Petteri Taalas said that “droughts have become more prevalent in Africa, parts of Asia as well as North and South America”.

Current trends blockade the way towards achieving SDG number 2 —Zero Hunger by 2030—, the report alerts. “A world that is 2 °C warmer is likely to have 189 million more food insecure people. This is an increase of around 20% compared with today”, it concludes.

But the planet is already on its way to being 2 degrees warmer if climate action doesn’t get any more ambitious soon, experts warn.

The WMO emphasises that the global average temperature has already risen 1.1 ºC in comparison to the pre-industrial levels.

“We are living in the warmest decade since there are records available and 2019 could also be the hottest year, said WMO Climate Prediction Director Maxx Dilley. “We only have data up to October, so we will still need to look at those of November and December to be able to confirm it,” he explained.

Dilley insisted that it is not only the warming of the atmosphere that must be taken into account, but that Madrid talks on climate action should also consider other indicators such as sea warming.

“The sea absorbs roughly 90% of the heat that’s trapped in the atmosphere”, he said, and stated that the world also needs to be paying attention to the cryosphere.

Scientists have warned that if the polar ice sheets continue to melt at the actual rate, the planet could reach a tipping point where there would not be a way back to Earth’s previous conditions and the world would enter an “unknown” era.

However, he said there can’t be exact predictions on this matter. “You can’t pinpoint exactly what’s going to happen, because nothing is that precise, but it’s a scientific consensus that 1.6 or 2 degrees of warming is something we can manage but outside of that we’re in unknown territory”, he regretted.

Though this increase of the planet’s average temperature will most likely translate into everyone’s diet, one part of the world population might suffer the consequences first.

According to FAO, today between 5 and 10 per cent of the loss of national agricultural production has to do with climate variability. In developing countries, up to 26% of the damage caused by climate disasters are agricultural losses.

Furthermore, this co-relation between the climate crisis and food losses, along with population growth forecasts —which is expected to inflate global food demand by up to 50%— could lead to a 30% decline in yields by 2050 if the lack of ambitious climate action persists.

At the event, the experts also remarked that, while there are currently 20 million people who have almost no food, another 2 billion are either overweight or obese.

So adapting food and restructuring agricultural systems can be crucial, they said.

In a statement included in the report, Petteri Taalas said that “the Global Framework for Climate Services was created to provide the scientific basis for adaptation”. While climate services investments overall have a cost benefit ratio of 10 to one, he assured, “financing invested holistically in the WMO cascading operational system provides a return on investment of 80 to one”.

The document reflects how FAO and the World Food Programme stress the need to make climate services more accessible to farmers, for instance by covering last mile delivery.