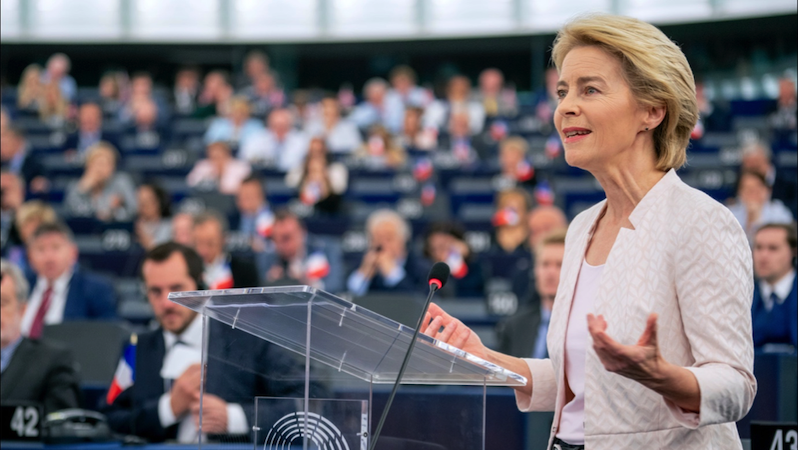 A new study of all 28 EU member state National Energy and Climate Plans (NECPs) for the decade to 2030 shows the union to be way off track.

The study, carried out by Brussels based policy centre Farm Europe, looked at transport, and whether or not there were clear, concrete, costed and scalable measures being set out for cutting emissions in the dauntingly big road, rail, waterway and air sectors, where diesel, petrol and kerosene still rule.

Among the critical items of legislation inherited by Ursula von der Leyen in her new role as EU Commission president is the Energy Governance Regulation, and with it came the 28 NECPs of the member states.

These plans are the place where each country must set out what it intends to do, to cut greenhouse gas emissions by 2030, and how it will do so. The authors of the regulation refer to the word “cost” no fewer than 49 times in their document, predicting presumably that successful climate action will come down to cost, and who will bear the cost, once measures such as electric vehicles, modal shift and alternative fuels are scaled up to reach hundreds of millions of users. Beware the country that doesn’t consider cost.

The NECPs should also serve as an integrated accounting and reporting mechanism for progress as the years roll by.

What the Farm Europe assessment shows unfortunately, is low level ambition, few concrete steps, and unnecessarily costly concepts that have not been properly assessed.

Experts agree that Paris Agreement targets cannot be met in the face of consistent EU failure to reign in transport carbon emissions.

Under the Energy Governance Regulation every member state must submit its NECP to the European Commission at least every two years, with the first editions being out this quarter.

The report from Farm Europe examines the NECPs published by each of the 28 member states to date and finds that, when aggregated, they fall badly short of EU commitments collectively, and in many cases individually. As a result, analysis of the NECPs data shows that the EU will fail to meet its Paris Agreement 2020/2030 targets.

The transport sector has become the number one issue for EU decarbonisation policy and now accounts for over 25% of total EU greenhouse gas emissions, up from 15% in 1990. Most independent assessments of NECPs to date have focused on the electricity generation, heating and cooling sectors, with transport largely neglected. This report highlights the crucial role that transport decarbonisation has in the success of every member state NECP.

A consistent trend among the 28 is that the NECPs do not set out clear transport decarbonisation trajectories, or the shares of different renewable energy sources that are to be used in transport. Only two member states – Finland, and Italy – reached a sufficient level of concrete planning. Several other countries – the Czech Republic, Greece, France, Slovenia, Spain, and Hungary – adopted a constructive approach but have a distance to go to complete the process.

The report finds that NECPs fail to address cost adequately and that there is wholesale failure to factor in the cost of carbon abatement at scale, in transport climate measures. Many of the concepts presented for climate action appear to be unnecessarily costly, while not being properly calculated, bringing risk that transport decarbonisation concepts referred to will simply not be economically viable.

None of the countries determined the “per tonne” cost of decarbonisation. In the absence of cost data from the NECPs, the report makes its own estimates of the costs involved. It reveals that under the current NECP drafts, avoiding one tonne of carbon dioxide will cost member states – on average – 500 euros in the period up to 2030.

To experts this figure is alarming, as there are effective technologies which offer a more economical alternative for Europe and member states. Of these, biofuels offer the most effective immediate measure that can be adopted in transport, at a cost that would be up to 50-60% lower than the average.

The historic malfunctioning of the European Commission’s transport policy is compounded by its failure to voice major criticism or to reject any of the draft NECPs transport plans, while it also seems likely, according to the report, that the Commission may also fail to publish a consolidated view of the NECPs, or present systematic calculations of the number of tons of carbon abated, between now and 2030, by sector, by region and by cost.

In a world where “if you can’t measure it you can’t manage it” holds true, the Commission is not going to be able to manage this particular challenge, based on current performance.

The report concludes there is a large cloud is hanging over the EU’s current climate policy, that calls into question the rhetoric of climate leadership in the union. On the one hand Europe is committing to laudably high targets under the Paris Agreement while on the other hand its project management system for achieving these targets seems badly out of whack.