Comment: Vastly more of the fund’s money should go to projects that adapt to the impacts of climate change 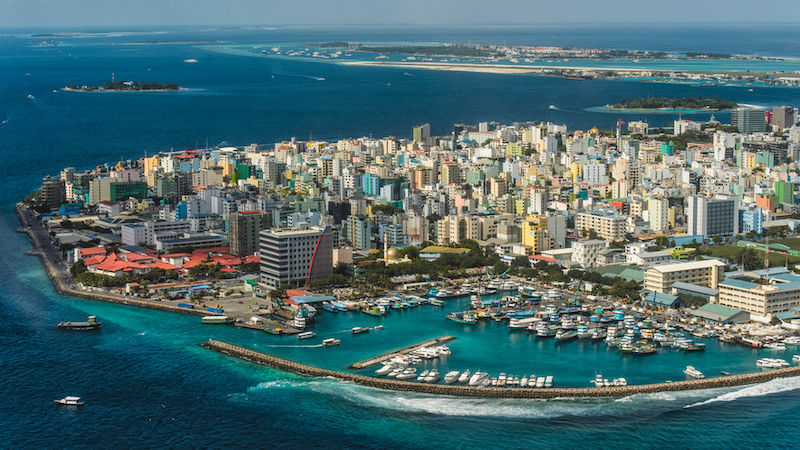 Male, capital of the atoll nation of the Maldives (Photo: Deposit Photos)

Rich countries gathered in Paris last week to make pledges to the UN Green Climate Fund (GCF). Now they should seize an opportunity to enhance the fund’s unique capabilities.

The GCF is critical in helping developing countries implement their obligations under the Paris Agreement. In its brief existence, the fund has mobilised $5 billion for climate action in nearly 100 countries, which will avert 1.5 billion tonnes of CO2 and help more than 310 million people thrive. Impressively, given the glacial pace of international development, more than half of GCF projects are already being implemented.

With the fund’s resources now almost exhausted and the window of opportunity to act on climate change narrowing rapidly, its ability to support transformative climate action in countries most in need should be optimised.

The $9.8bn pledged by countries last week could be much more effectively deployed by recognising the inherent differences in the two overarching climate goals of adaptation and mitigation; and modifying both its allocation mix and its activities.

Put simply, the GCF should be reoriented to primarily support adaptation directly, and direct its mitigation funding towards creating the environment for private sector investment, while leaving implementation of the latter to the private sector.

This distinctive characteristic of mitigation versus adaptation seems obvious, but it has deep implications for financing facilitated by the GCF.

The “product” from mitigation can be commoditised and traded on the local and/or global markets. Most mitigation is achieved in measures that sit comfortably within the private finance sphere, such as energy, transport, efficiency, and agriculture. This means there is potential for international private sector entities to identify profitable pro-environmental opportunities, and to invest in global action that facilitates low carbon development.

There is a significantly more favourable global private sector investment environment for mitigation relative to adaptation, the bulk of which will remain the responsibility of the public sector.

The UN secretary general’s high level panel on climate finance has previously called for a significant proportion of the $100bn per year pledged to the GCF by rich countries by 2020 to come from the private sector.

This raises particular questions for adaptation. Building low carbon economies is the business of the future and lends itself to global investment. But would the private sector in France, Germany or the United States be interested in providing funds for Adaptation in The Seychelles, Tuvalu or Fiji?

It makes sense, then, for most of the GCF allocation to be used to support adaptation actions. GFC funds directed to mitigation should be done in a more strategic, facilitative manner. Adaptation only accounts for a quarter of GCF expenditure compared to 42% on mitigation.

Such “systems transitions” are well documented in the IPCC 1.5 Special Report; where enabling conditions identified include policy and legislative reforms. GCF could also develop a pipeline of costed, ready to implement proposals. This would have a much bigger multiplier, both for climate and sustainability objectives, than funding mitigation projects directly.

Adaptation would need implementation, but that too could be spent in ways that support more systemic improvements. Countries should integrate climate risk into national development plans and national budgets to access adaptation funding.

Using this approach, the normal envisaged expenditure in the budget (e.g. upgrading a coastal road) becomes the country baseline contribution to the “adaptation package” (i.e. what the country would have spent in any case on that action).

The incremental costs identified by the risk management analysis (adaptation costs) can then be accessed from the GCF. The capacity building issue here then becomes mainly one of how countries gain the capacity to “integrate climate risk” into their national development plans and yearly budgetary processes. This allows countries to clearly define their national adaptation resource needs across all sectors. The essential point here is that this approach provides an avenue for channelling adaptation funds to countries, through a “budgetary support” process (by implication through the Ministry of Finance),

Tyrone Hall, PhD, is an advisor to the Alliance of Small Island States, and a post-doctoral climate policy and communications researcher at York University. These are his own views.