Scaling up: How the benefits of adaptation funding can be multiplied

Sponsored content: Projects in Samoa and Ethiopia show how access to adaptation funding can build more climate resilient communities in the long term 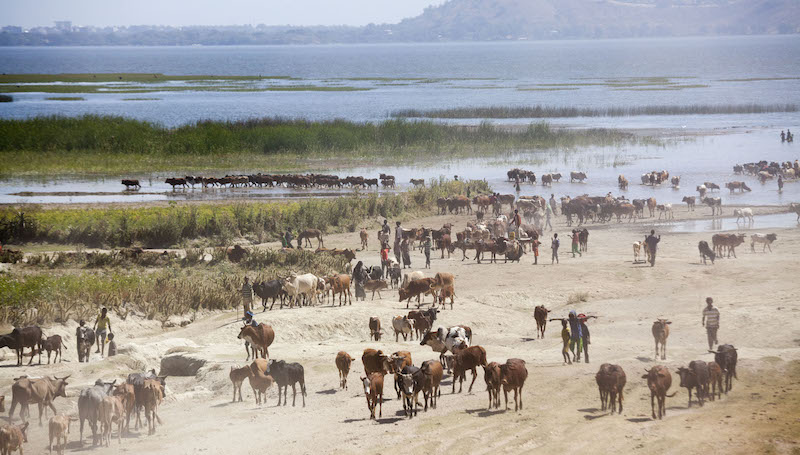 Pastoralists bring their herds of livestock to water at Lake Hawassa in Shelfo village, Ethiopia. (Photo by Food and Agriculture Organization)

The small village of Salei’a on Samoa’s largest island is particularly vulnerable to the effects of climate change.

As part of a Small Island Developing State, it is already at serious risk from sea-level rise, which increases the risk of flooding and coastal erosion, as well as the impact of more frequent and intense tropical storms, more rainfall and higher temperatures.

But work supported by the Adaptation Fund shows that with the right skills, money and support communities can shore themselves up against these changes – with much wider and longer lasting impacts.

A new revetment wall – a sloping structure that absorbs energy from the water – and a higher bridge have now been built on Salei’a, providing safe daily access to and from the village for residents and the general public, and an essential escape route during disasters.

Salei’a mayor Masau Faavale says the changes have been a major boost to the village. “The coastal protection wall is very useful for us not just to stop coastal erosion, but it also provides an elevated, safe walkway for our people to use daily to access different parts of the village. This is especially so for our children when they go to school. It’s a much safer route for them away from the cars.” 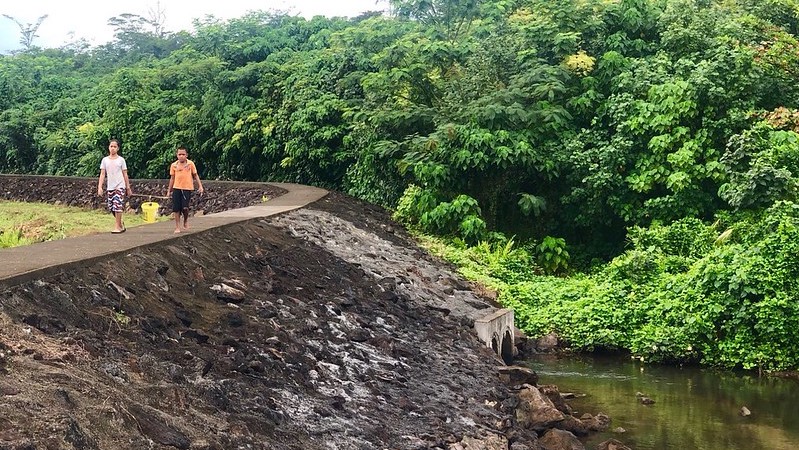 Children cross the walkway to go to the local market to sell food. (Photo: Adaptation Fund).

The project was funded through the UNDP by the Adaptation Fund, an international body set up under the Kyoto Protocol to help developing countries adapt to the harmful effects of climate change. It has also been formally serving the Paris Agreement since January of this year, following a key decision by Parties at last year’s UN climate conference in Poland. It is one of the only multilateral funds funding concrete climate adaptation projects on the ground for the most vulnerable communities, making an important contribution to the goals of the Paris Agreement and the UN Sustainable Development Goals.

Since it was launched in 2007, the Adaptation Fund has supported projects in many different parts of the world, each with different geographies, socioeconomic backgrounds and adaptation problems.

The construction of Salei’a’s wall and bridge were funded through a small grant under a four-year Samoan government programme seeking to build national resilience to climate risks. The main aims of the programme, which began in 2013 with $8m from the Adaptation Fund, were to implement effective coastal adaptation measures, to strengthen national institutional policies and capacities, and to capture and share knowledge so that future development is resilient to climate change.

Other small grant award winners included the construction of a barrier to stop waves from overtopping an existing sea wall, the climate proofing of a village primary school as a safe haven during severe storms and the protection of a local mangrove forest. Half of the grants went to rainwater harvesting systems, because water supply is a widespread problem in Samoa.

As well as having direct benefits for the communities, who could choose which problems were most pressing to them, the process of applying for these grants was challenging and competitive. Workshops were run to teach interested applicants how to write strong grant proposals, which will help them apply for grants from other sources in the future, too.

In other countries, projects are funded through the Direct Access model pioneered by the Adaptation Fund. This accredits national bodies to fund projects directly in their own countries, building ownership and national capacity to respond to climate change in the longer term.

The Fund’s Climate Smart Integrated Rural Development Project in Ethiopia is a good example of this.

The project has been running for three years and is now half-way through. Using methods such as mass tree planting, it has treated many hectares of degraded and bare land to improve soil and help conserve water.

According to Zerihun Getu, project coordinator at Ethiopia’s Ministry of Finance and Economic Cooperation, the water-related component developed water for household use and irrigation is now in its second year and is progressing well. “The integration of the various project components (water schemes development, irrigation, natural resources conservation and development as well as the creation of alternative income) at a landscape level boosts the adaptive capacity of the beneficiary households.”

Furthermore, the participation of local communities in the adaptation planning process “creates opportunity for integration of indigenous knowledge and local solutions in the formal planning process” and builds a strong sense of ownership, said Getu. 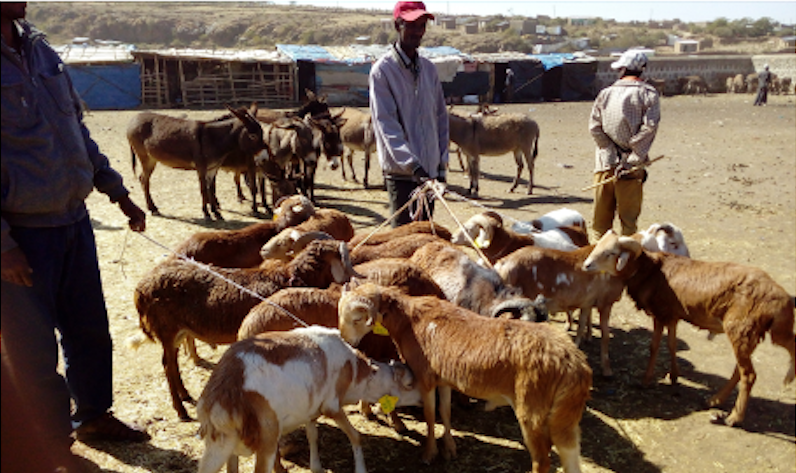 The project has had immediate benefits for Ethiopia – formally a Least Developed Country – including a better ability to identify its own adaptation needs, stronger ability to design and manage projects, stronger institutional capacities to respond to issues, and the integration of climate change issues into the local and national development planning systems.

It also provides a model that can be reproduced or scaled up by others. The Ethiopian project, for example, is now being replicated in neighbouring states with an extra $4.2 million from the Italian Development Cooperation.

In the 12 years that the Adaptation Fund has been active, it has made a significant difference on the ground for many local communities. But the knowledge produced by its projects that leads to this replication and scaling up is vital because global adaptation needs are so great and cannot be met by any one fund alone.