Around the world, young people are driving climate innovation

Sponsored content: From the Arctic to a Kenyan wildlife reserve, young people are helping their communities adapt to an uncertain future 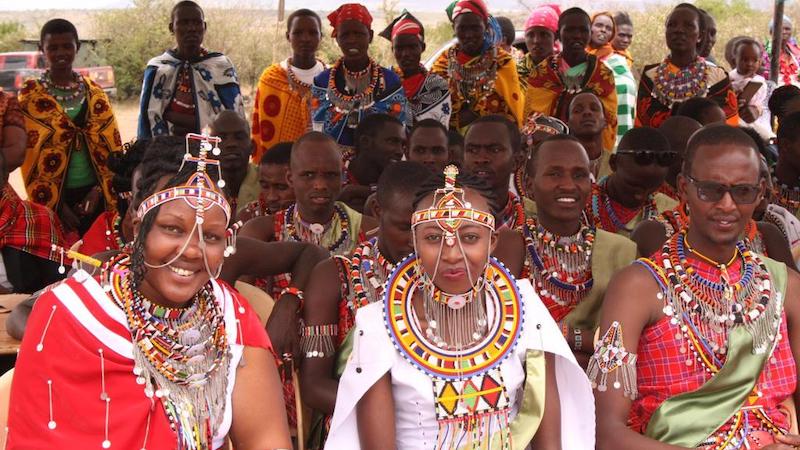 2019 will be remembered as the year young people took to the streets around the world to fight for their future.

Inspired by Greta Thunberg and other outspoken teens, millions of young people have been making headlines to raise global awareness of the dire consequences climate change could have for their generation’s future.

Meanwhile, more quietly, but also around the globe, young people have been charting that future as they help their communities adapt to the changes already happening.

“Everywhere our fund works, we see young people making change happen, though their activism and also though their jobs and livelihoods,” said Heather McGray, director of the Climate Justice Resilience Fund, which makes grants to support climate resilience. “Youth are both demanding action and taking action, and a lot of it is very innovative.”

In the Arctic, for example, sea-ice travel is essential for Indigenous communities: hunting, public services, and social visits all require travel on sea-ice. But climate change has made the ice environment increasingly unpredictable, making it harder for the younger generation to learn how to navigate it.

20-year-old Shawna Dicker is an Inuit person from Nain, in north-east Canada. “Climate change is affecting Indigenous communities most deeply and permanently, it affects our knowledge of the land and we are unsure of the future,” she said.

Rex Holwell, 44, has seen how the ice has changed over his life. “We have people with years of experience who would know the ice inside and out. It’s changed so much, they can’t predict it anymore,” he said.

Inuit like Dicker and Holwell used to be able to go out on the sea ice as early as October, but with climate change, the ice doesn’t freeze enough to be reliable until late December or even early January.

But there are new solutions aimed at supporting communities in the Arctic in dealing with the unpredictability. In Nain, Dicker and Holwell are working with SmartICE, a social enterprise developing tools to help bring some certainty back to the ice.

SmartICE have developed the @SmartBUOY to measure the thickness of the sea-ice and give insights into local ice conditions, allowing for safer travel. The stationary sensor provides reliable near-real-time sea-ice thickness measurements and delivers this information by satellite. It is then put onto app-based maps together with traditional Inuit travel routes, hunting grounds, and other indigenous knowledge from elders. 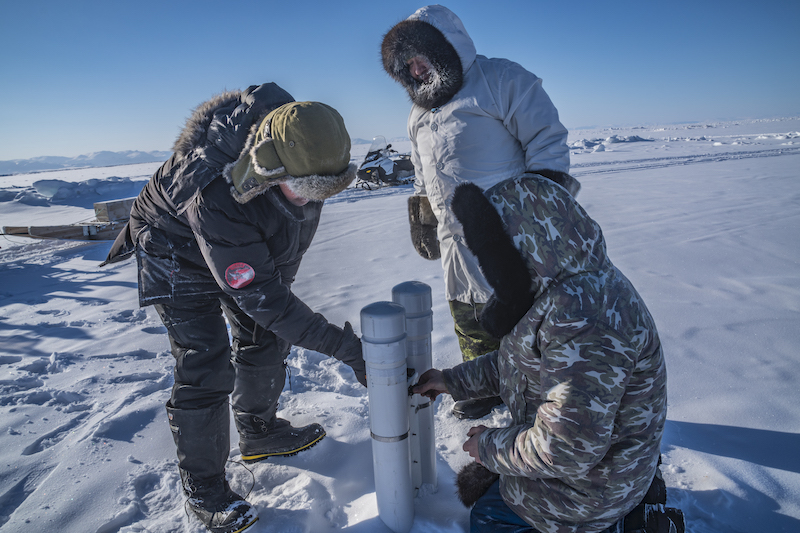 Holwell is the Northern Production Lead for SmartICE and trains young people for employment making the buoys. “They’re going to help make a change,” he said. “Projects like the @SmartBUOY’s mean traditional knowledge is still being handed down to young people [alongside] the implementation of new technology, and they are still using Inuit knowledge of the ice.”

Dicker also works with SmartICE as their Northern Logistics Coordinator and is excited about the innovation and opportunity this work brings. It highlights the transfer of traditional Inuit knowledge to Dicker’s generation through the new technology, and how, because of climate change, it’s the younger generation that will use this knowledge differently.

Unpredictability is a similar problem in the Maasai Mara, a wildlife reserve in south-west Kenya. In the Mara, the rainy season used to be guaranteed in the months from March to May. But this has changed dramatically over the last five years due to the changing climate.

“Even in the months where a lot of rain would be expected, it doesn’t come anymore,” said Daniel Sopia, Chief Executive Officer of the Maasai Mara Wildlife Conservancies Association (MMWCA). Rain is essential for pasture for livestock, land conservation, wildlife tourism, and sustainability in the greater Mara ecosystem.

MMWCA supports community-led wildlife conservancies, through which local landowners team up to manage the savannah together to provide multiple benefits. MMWCA works to support young people, especially young women and girls, by building their skills in land and natural resource management and involving them in the conservancy process so that together the Maasai community can adapt to the changing weather patterns.

Youth opportunities at MMWCA take into account the importance of gender. “Climate change affects women most of all,” said Angela Paswa, MMWCA’s gender officer. “In the prolonged drought season, women spend more hours getting water.” This makes young women and girls much more likely to drop out of formal training and education programmes to help their families make ends meet, with serious consequences for their employment and income over the long term.

So MMWCA has been supporting a new generation of young women, who are trained as guides, rangers, and in hospitality. They will have a very different experience and role in the Mara than their mothers and grandmothers.

When MMWCA first started working with conservancies, of 307 local committee members, only five were women. Now, that has increased to 25%. “This is still not good enough,” said Paswa. “But we have created a space for Maasai women now. The forum has influenced younger women and girls to take up more roles. Young women have more options in life.”