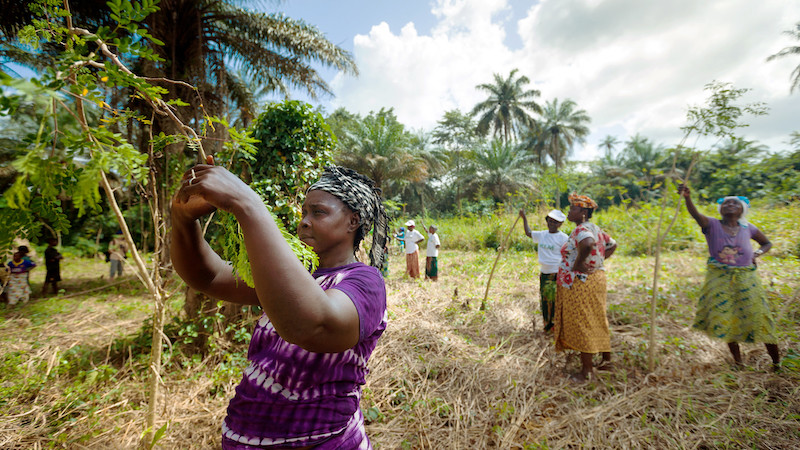 Donor countries have promised €160 million to help the world’s least developed countries cope with the impacts of climate change.

European countries pledged the new funding to the Least Developed Countries Fund (LDCF) at an event on the sidelines of the UN general assembly in New York on Tuesday.

The fund, which is managed by the Global Environment Facility (Gef), was established in 2001 to support the world’s poorest countries to adapt their societies and economies to the impacts of climate change.

Chairing the event, Mary Robinson, former UN special envoy on climate change, described the fund as “a model” and a financing mechanism that is “actually working and actually making a difference”.

Sonam Phuntsho Wangdi, of Bhutan, the chair of a grouping of least developed countries, appealed to rich countries to make new donations so the fund could continue to provide financial assistance to “the first and hardest impacted by the climate crisis”.

Find out more about the Least Developed Countries Fund here

Following a dialogue between donor and recipient countries, Germany and Sweden both announced $55m of additional funding while the Netherlands promised $22m and Denmark $31m.

Last month, Canada said it would provide an additional $7.5m to the fund, in addition to the $22.7m over five years it pledged in 2015.

Denmark also said it was planning to make another pledge to the fund, with the Gef expecting more donor countries to announce new commitments this week.

Since 2001, the LDCF has supported more than 270 projects in some of the world’s poorest countries, providing $1.3 billion in grants.

Vanuatu’s foreign minister Ralph Regenvanu, said the money pledged was necessary to countries on the frontline of climate change. He added that in Vanuatu, additional finance was needed to strengthen early warning systems for natural disasters and extreme weather events, fund infrastructure that can cope with extreme climate, help build resilient water supplies and contribute to insurance when adaptation isn’t enough to prevent damages.

In Ethiopia, Fekadu Beyene, commissioner for the environment, forest and climate change, said the LCDF had been “a crucial medium” to enable the country to develop resilient agriculture measures and techniques.

In Laos, the LDCF has enabled capacity building in rural communities and in Guinea-Bissau the fund financed the establishment of water management projects and improved information sharing systems.

“With more investments, we will become much more equipped to prepare for climate impacts. This money is crucial, quick and efficient to help the countries that are most vulnerable to the impacts of climate change,” said Quite Dejata, Guinea-Bissau’s secretary of state for the environment and biodiversity.

This post was sponsored by the Global Environment Facility. See our editorial guidelines for what this means.