Putting local actors in the driving seat of climate finance 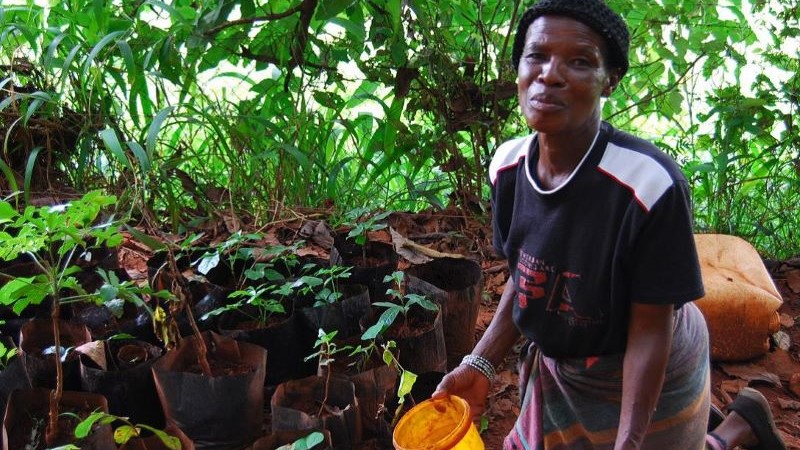 Food security is an increasing challenge in Nigeria, with 54% of households food insecure in 2016.

Production is largely dependent on natural environmental resources like fertile land, rainfall, temperature and humidity. Much of the country’s agricultural land has been redeveloped for the oil and gas industry and the forest destroyed to give way to big infrastructure projects.

Not only is the land for food changing hands, but the effects of climate change on sea level has made what is left increasingly unsuitable in many rural areas. Many rural farmers have migrated to cities in search of better economic prospects.

In order to adapt to these developing problems, previously rural farmers have turned to urban agricultural practices, such as hydroponics, where plants are grown without soil, and local community-run gardens where high yields can be raised even in small containers. Still, they are faced with flooding, which washes plantings away.

As part of the Paris Agreement, developed countries have promised to mobilise $100 billion of climate finance for the developing world annually by 2020. The Green Climate Fund (GCF) was announced in 2010 as one of the key vehicles to help deliver that goal.

Accessing GCF funding, however, is a difficult, bureaucratic process that many local organizations are ill-equipped to slog through. The first step in this long process is to get GCF accreditation. Once you are an official Accredited Entity you are able to send in specific proposals for the GCF to fund. The accreditation process itself often takes several years, there is a large queue to apply, and there has been little-to-no success among local organizations in gaining this accreditation. For many local communities already confronting climate change, time is not on their side.

Addressing the challenge of local access to the GCF is one objective of an advocacy coalition that includes C21st and Netherlands-based NGO Both ENDS.

Both ENDS seeks to help bridge the gap for those looking to access global climate finance, by connecting local voices to the processes that govern climate funding at the GCF. They do this is in partnership with local organizations like C21st in Nigeria, plus global advocacy groups Tebtebba and the Center for International Environmental Law (CIEL).

“The money needed for these kinds of shifts is vastly more than many small, developing countries can afford on their own, that’s why climate finance is needed,” said Erika Lennon, a senior attorney at CIEL.

“But more importantly than the money itself, is the involvement and investment of local communities in the design and implementation of climate adaptation and mitigation projects,” she said. “Access to global climate finance at the local level can help ensure that the money is being used in the best and most efficient way,” added Lennon.

Furthermore, for Lennon, it’s essential that climate finance is rooted in the protection of human rights.

This requires not only ensuring that climate finance projects are designed and implemented in a way that respects human rights and ensures local communities have a voice and role in doing so, but also that the “substantial amounts of money needed to address this crisis are available and provided primarily from those countries who have contributed most to climate change.”

Through their targeted efforts, Both ENDS, CIEL, and their partners are raising the voices of local groups to inform and influence the largest and most politically significant climate finance initiatives. Their success would help to bridge the gap by opening new revenue streams to local communities that are already at the forefront of fighting climate change.