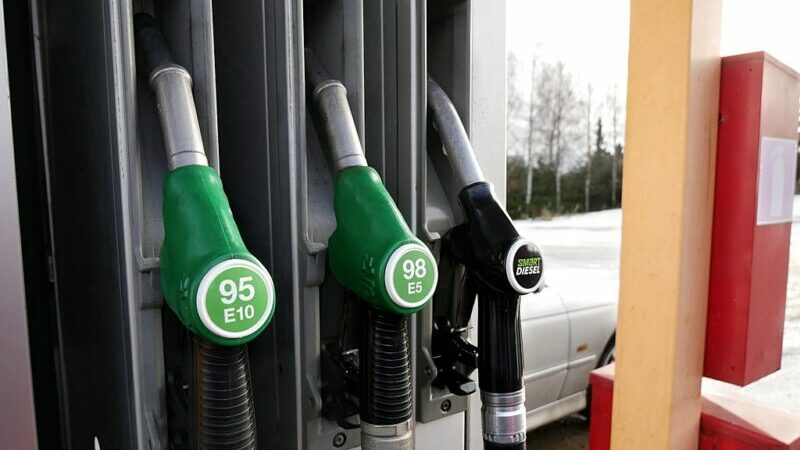 Biofuels provide the energy for well over a hundred million vehicles worldwide, which is ten times the number of electric cars on the road.

While there are legitimate concerns over the sustainability of, for example, biodiesel made from palm oil or from fake used cooking oil in Europe, most biofuel is sustainably produced from crops grown according to prevailing farming standards in the US, South America and Europe.

Biofuels represent a solution to climate change we can’t afford to ignore – and this is backed up by the latest UN climate science reports.

Last year’s Intergovernmental Panel on Climate Change (IPCC) special report on 1.5C warming says biofuel usage in transport will likely need to increase by a factor of seven if catastrophic climate change is to be averted.

The report indicates that in 2050, biofuels will still be as important as electromobility in the displacement of carbon-emitting fossil fuels.

It says that nearly all of the climate measures assessed for limiting global warming to below 1.5C require large-scale bioenergy programmes to succeed.

Here are some of the key questions it raises.

According to the latest IPCC report, around 4 million square kilometres of farmland will be needed to grow bioenergy crops for climate action.

It is over ten times the amount of land involved in biofuels production today, which is about 0.5% of total world farmland. In practice, though, biofuels production goes hand-in-hand with animal feed production, meaning the land use is actually shared between fuel and feed. Once that is taken into account, the area of land dedicated to biofuels today is under a third of one percent, and the UN science report points to this rising to about 3%.

Is that too much?

Well that depends on priorities. But it doesn’t seem like too much if one considers land uses generally.

The report notes that a third of farm output today ends up as waste. Much of the rest goes to discretionary and luxury processed products, and to meat, while a third of the world’s population is obese due to over-consumption.  Growth in output of food calories, of vegetable oils and of meat has consistently outstripped population growth over the last five decades, even as biofuels output has grown.  The world has never enjoyed such secure and low-cost food abundance, and there are no realistic scenarios whereby crop production for biofuels could challenge this.

While any bioenergy land use for climate action may seem a lot to the idealist, it will never come anywhere close to the amount of land dedicated to the modern consumer phenomena which lead to massive overshoot of consumption relative to capacity each year.

The most serious risks for food security and nutrition currently are brought by climate change itself and not by bioenergy production.  Bioenergy is a tool for addressing climate change, by displacing fossil derived energy, and not a cause of climate change or malnutrition.

Can biofuels output increase without adverse side effects for land use and food security?

The report says that more biofuels may indeed result in adverse side effects, but that this will be dependent on the scale and context of the production practices – or how it is done.

Integration into sustainably managed agricultural landscapes, as is the case with most biofuels already, can alleviate adverse side-effects. In other words: it can be done right and it is being done right.

Can we achieve the 1.5C limit without bioenergy?

Yes, the report says, a small number of proposals have emerged for climate action without bioenergy, relying instead on more extreme behavioural and lifestyle changes, less resource intensive diets, even greater reduction of food waste, agricultural intensification and more rapid and greater cuts in carbon emissions in other sectors.

In the case of Europe, the electricity generation sector would need to reach an impossible 60-70% renewable share by 2030 under current legislation, if biofuels were excluded from transport. The seriously minded will do the math before recommending a climate programme without biofuels.

As a fundamental principle, climate action taken now is far more important than hypothetical climate action in the future. Electric vehicles, while beginning to gain market share, may not reach parity with the conventional engine fleet before the entire world fleet has doubled in size, in about three decades time. Citizens object to costly climate measures, whether taxes or bans, and biofuels are among the lowest cost and most readily available carbon abatement measures available.

The answer is and always has been that sustainable biofuels like European ethanol – made from farm crops – must inevitably be part of the climate solution. The question is how to make that come about sensibly and soon.

James Cogan is a regulatory affairs manager at Ethanol Europe. Ethanol Europe is part of an Irish organisation founded ten years ago and now the operator of Europe’s largest, newest and most innovative biorefinery. In 2019 it will make over half a billion litres of ethanol along with 350,000 tonnes of high grade GMO-free protein animal feed and a number of other high value biobased products. The organization directly employs 200 professionals at its locations in Hungary and Ireland, under the name Pannonia Bio. Indirect employment comes to over 5500 while the value-add of processing grain near to where it is farmed brings immense economic development to the region, helping make Hungary a world leader in renewable ethanol energy and bioeconomy innovation.