Sponsored content: 2020 is on the horizon, and sustainable biofuels are an important part of the transport solution 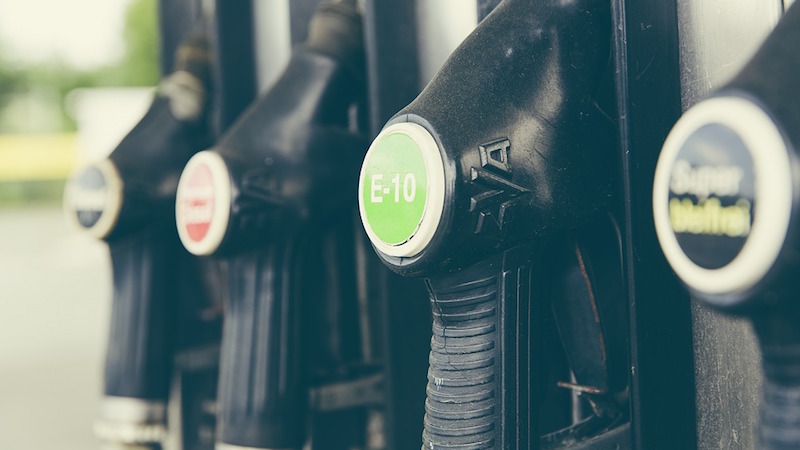 New E5, E10 and B7 labels recently appeared on petrol and diesel nozzles across Europe with hardly a mention.

Behind them is the intriguing story of one of the world’s major efforts to stave off climate change. E stands for ethanol, B stands for biodiesel and 5, 10 and 7 are the percentages to which they are blended in the petrol and diesel supplies.

In the coming months it’s looking like many of those European E5 labels will be replaced by E10. That’s because the 2020 deadline is fast approaching for reaching the mandatory 10% target for renewable energy in transport under Europe’s Renewable Energy Directive, and ethanol represents a safe, effective and economical means for achieving it on the road.

Worldwide the transport sector is proving staunchly obstinate when it comes to cutting carbon emissions. In developed countries transport has become the biggest emitter of fossil carbon and the only sector where emissions are still increasing. By some estimates peak oil use on the road won’t arrive before 2040 while parity between fossil energy and renewable energy won’t be reached before 2050, by which time the world fleet will have doubled in size.

Thankfully electric vehicles are beginning to gain a foothold, but even under the fastest imaginable growth rate of electric vehicles they will not begin to outnumber petrol and diesel cars for another three decades.   Consumers still overwhelmingly opt for conventional vehicles, it takes a couple of decades to replace a fleet, so even though half of new vehicle sales will be electric by 2040 it’ll still be 2050 at the earliest before half the total fleet is electric. The other half will still be using internal combustion engines and that half will be as big as the total fleet of 2019.

Sure, the transition could happen sooner, but that would involve governments adopting wartime measures to force a mass transition to electric vehicles, the decommissioning of hundreds of millions of still-young and valuable vehicles, and the acceleration of renewable electricity output to a rate not yet conceived of by any policy maker. The US still consumes more energy in gasoline than in generates in electricity (renewable and fossil combined).

The United Nations scientific panel on climate change, having understood the longevity of the conventional fleet, advises policy leaders in its 2018 Special Report on Global Warming of 1.5oC that in order for dramatic climate change to be avoided they should be supporting both biofuels and electric vehicles in roughly equal measures for the coming decades. That’s because biofuels allow the current fleet to reduce its fossil emissions.

From a chemical point of view the tailpipe emissions of biofuels, though cleaner, are broadly similar to those of conventional fuel. The reason they are better for the climate is that the carbon dioxide component has been recycled recently from the atmosphere by the plants from which they are made, and not extracted from fossil deposits locked underground for eons. Biofuels don’t add to the total amount of carbon dioxide in the atmosphere. 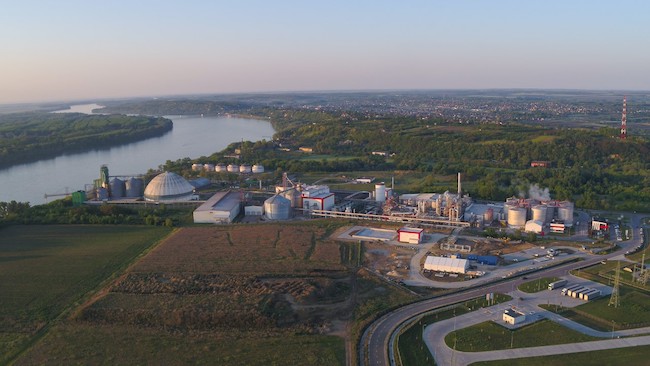 The Pannonia Bio biorefinery at Tolna County on the Danube in Hungary (Photo: Ethanol Europe)

Many governments have introduced regulations obliging fuel suppliers to include biofuels in their products. They meet the obligation by including ethanol in petrol and biodiesel in diesel.

In lots of countries ethanol actually represents the near totality of climate action in their transport sectors. Worldwide according to the International Energy Agency, biofuels, and ethanol in particular, comprise the number one climate measure adopted in transport to date, surpassing by a huge margin all other measures combined, including electricity. In 2019 enough ethanol will be used on the roads to fuel one hundred million cars. By comparison, there are just three million electric vehicles in the world. While many policy thinkers deliberate on exciting new public transport concepts, future super-fuels and electromobility, ethanol is quietly doing the heavy lifting.

There are some fossil emissions associated with the process for making biofuels but so long as these life-cycle emissions are lower than the emissions of fossil oil they replace then the biofuel is better than oil.

Ethanol made from cereal, cane and beet crops has very low life-cycle emissions and is much better than oil under any circumstances. It’s a peace-of-mind solution, it’s the cheapest form of decarbonization on the road and could be used effectively to a much greater extent than today. The world has huge capacity for yield increase, farmers are experiencing long term depressed crop prices and ethanol represents a degree of income security for them. Ethanol production from farm crops has risen dramatically in recent decades while at the same time food commodities have become cheaper and more abundant. Ethanol can be, and mostly is, derived from yield increase alone.

This is not true for all biofuels. Biodiesel made from palm oil is generally much worse than oil, because of the climate damage done in the burning of forests and draining of peatland to make way for new palm plantations.   Many European countries use palm diesel because it’s cheap and easy for oil companies to process. Unfortunately, Europe’s current Renewables Directive does a very poor job of distinguishing between good biofuels like yield-increase ethanol and bad ones like deforestation palm diesel.

From the petrol retailer, the exchequer and the consumer perspectives the only thing that will change is that label on the pump.  It will be E10. With 10% ethanol inside petrol becomes more climate-friendly, cleaner burning and better for the economy.

E10 costs much the same to produce as fossil-only petrol, it comes from the same refineries, can be handled in the same storage and pumping systems and it performs safely and effectively in all petrol vehicles no matter the vehicle model or age. From a climate perspective, switching to E10 is the equivalent to instantly taking one in twenty petrol cars off the road.

E10 has been the standard fuel in the USA for two decades and now powers all petrol vehicle makes, models and engine types without exception. Older cars may not have been warrantied for E10 when there were originally sold but time and vast real-world experience has shown they perform perfectly well on it.

France, Finland, Belgium, Germany and Brazil all use E10 and higher blends and, like the USA, they have only positive experiences to report.

James Cogan is a regulatory affairs manager at Ethanol Europe. Ethanol Europe is part of an Irish organisation founded ten years ago and now the operator of Europe’s largest, newest and most innovative biorefinery. In 2019 it will make over half a billion litres of ethanol along with 350,000 tonnes of high grade GMO-free protein animal feed and a number of other high value biobased products. The organization directly employs 200 professionals at its locations in Hungary and Ireland, under the name Pannonia Bio. Indirect employment comes to over 5500 while the value-add of processing grain near to where it is farmed brings immense economic development to the region, helping make Hungary a world leader in renewable ethanol energy and bioeconomy innovation.