Comment: In Canada’s most oil-rich province, workers are more open to “diversification” than “transition” away from the industry they are proud to serve 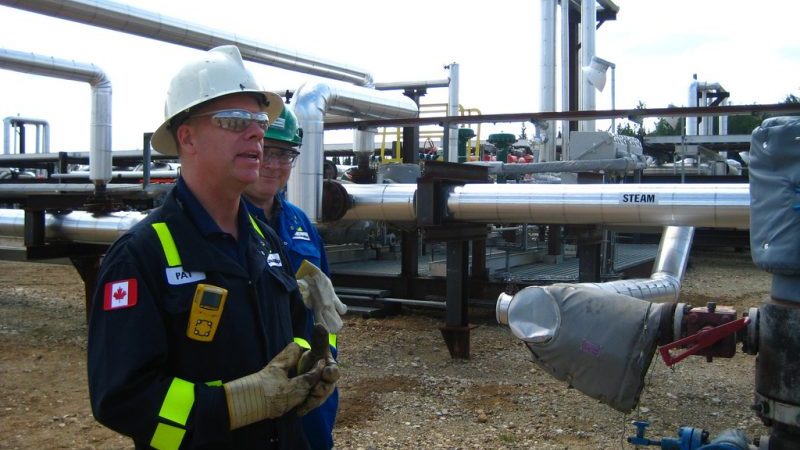 The decision to host the UN’s annual climate change conference last year in the Polish coal city of Katowice drew mixed responses from the international environmental community, ranging from outrage to intrigue.

Like it or not, attendees commuting between Katowice and its neighbouring coal towns were forced to confront the likely impacts of swift decarbonisation on the people who live there. It jump-started an international conversation around ‘just transition’ – the idea that ending fossil fuels should not mean punishing the working class communities that have historically relied on them for employment.

Despite the global climate sector’s growing interest in the issue of just transition (and the comprehensive but largely technical analyses of how to achieve it), there has been next to no empirical work done on what it might look like to successfully engage communities in the process.

When it comes to possibly the most politicised issue of our age, it is increasingly important to have open and constructive conversations with fossil fuel communities. The resistance that can emerge if these communities aren’t brought into the conversation is evident, for example in the US rust belt communities supporting Trump’s pro-coal agenda or the coal mining regions of Europe from Spain to Germany.

In Alberta, almost everyone is involved with oil – either working with it, dependent on it, or knowing someone who is. Oil is part of what it means to be Albertan.

The Alberta Narratives Project saw over 500 Albertans talking openly with their peers about their beliefs, values, attitudes to climate change and relationships with oil. The project pioneered a new form of citizen social science, training 75 community organisations in the methodology of robust research and co-designing both content and conclusions.

We have released an audience report, following up initial core findings with specific advice on language that works – and doesn’t work – with 8 key audiences in Alberta, including oil sands workers.

I spoke to George Marshall, co-founder of Climate Outreach and lead author of the report, about why we should be talking to oil sands workers about climate change.

He told me: “we don’t think anyone has really listened in this way to oil workers in Alberta. There is a tendency, especially among activists, to write them off. And that animosity is entirely mutual. But this is a mistake. Firstly because these are people with livelihoods to protect. Their needs should be respected. Alberta also plays a significant strategic position in Canadian politics. Who they vote for is important.”

In any democracy, what people think about climate change has serious implications for our ability to do something about it. Albertan oil sands are the poster child for a North American economy heavily reliant on extractive industries. Learning how to talk about climate change in a community as politically divided on the issue as Alberta could hold far-reaching benefits for similar efforts continent wide, and even globally.

Effecting an energy transition in Alberta will have deep economic and social impacts, yet many environmental movements have a fairly monolithic view of the fossil fuels industry. The Alberta Narratives Project shows there is more to oil than greedy suits in far-off boardrooms. Our attachment to fossil fuels is a diffuse and deeply human issue, and so should the solutions be.

Grounded in a uniquely participatory approach, this human focus runs to the heart of the project. The values, concerns and aspirations emerging from these discussions became the basis of tailored narratives, allowing climate change to be broached in ways that resonated with local audiences.

Lessons for a just energy transition from the Alberta Narratives Project

Despite its provincial scale, George says this is ‘global work’, with important lessons for non-Albertans everywhere. The partnership methodology has been the signature format for an entire ‘Global Narratives Project’ series, bringing diverse constituencies into conversation not just in Alberta, but India, and soon the Middle East too.

“First of all, don’t assume there is one just transition,” says George. “Always recognise the distinctness of your audience. It’s about respect.” In Alberta, recognising the role that oil and gas has played in securing local livelihoods proved crucial.

Most environmentalists would balk at a narrative of “gratitude” towards oil, but co-producing an equitable path out of fossil fuel dependency means making oil sands workers feel valued, not attacked. Empathic language that acknowledges oil’s place in local history could therefore be the key to cultivating support for decarbonisation.

Canadian climate scientist Katharine Hayhoe shared at a Climate Outreach event how she found this gratitude in a conversation with the leadership team of one of the biggest oil and gas companies: “I started by talking about all the benefits that the industrial revolution brought us – a childhood accident means I would have died without the medical technology enabled by fossil fuels – and then I said ‘but we didn’t know back then, and we know now’”.

This project was also one of the first to test language specifically on energy transitions. While participants were generally receptive to the concept, the word ‘just’, with its social justice connotations, proved to be anything but politically neutral. In an environment where attitudes towards climate are bound to political identities, many interviewees showed a resistance to the idea of government handouts, even where an unjust transition would likely put them out of a job. The report recommends a narrative of ‘diversification’ rather than ‘transition’, stressing positive future opportunities instead of moving away from a negative past.

The Alberta Narratives Project shows that recognition of the human dimension of climate politics, though hard won, is only the start. To be just, a transition must be collaborative, but to be successful, it must consider what stories resonates with those involved. The science is clear: the time for dirty energy is gone. More than ever then, that means breaking climate’s political deadlock and recognising the positive role everyone can play. It means that it’s time to start talking.