How grants can empower indigenous peoples to protect the climate

Sponsored content: A Climate Investment Funds scheme with forest-dependent communities has exceeded expectations, according to an independent review 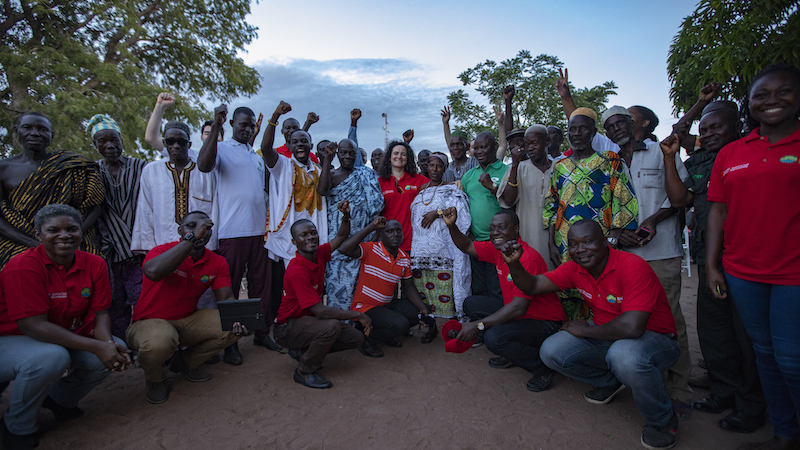 Climate change and deforestation are a clear and present threat to indigenous peoples and local communities, who depend on forests for their livelihoods and jobs.

As the historical stewards of forests, these communities can play a key role in safeguarding the world’s forests to secure their own livelihoods and also protect habitats for animals, soil and water conservation, as well as carbon capture and storage.

An independent learning review says that the Climate Investment Funds is enabling forest-dependent communities to lead on the decisions that most impact them, by providing grants that empower indigenous peoples and local communities to set priorities, design projects, and implement community-led projects aimed at managing their natural environment.

The $8 billion Climate Investment Funds (CIF) makes direct investments to address the drivers of deforestation and forest degradation, supporting sustainable forest solutions. The dedicated grant mechanism (DGM) was established within CIF’s forest investment program, which empowers developing nations to manage natural resources in a way that achieves the triple win of being good for forests, good for people and good for the climate.

“We believe that the DGM is a model that works because it includes indigenous peoples in the design and implementation – they own the process, so there is greater trust built in the system overall,” says Mafalda Duarte, head of CIF.

“As the largest REDD+ initiative created by and for indigenous peoples, the DGM is a one-of-a-kind mechanism. There is already clear evidence that this approach is effective and will continue to yield results for these communities in concert with efforts underway to secure the future of our forests.”

Indigenous observers also note the intangible triumphs of the model such as improved trust:

“The DGM has built systemic trust and confidence and also strengthened the networks and alliances of indigenous peoples within and across regions,” says Dr Mirna Cunningham, indigenous peoples human rights activist, physician, politician, and university educator. “It has asserted the role of indigenous peoples as effective conservation stewards and their vital role in climate change mitigation and adaptation.”

According to Grace Balawag, deputy program coordinator, Tebtebba and co-chair of the DGM global steering committee (2013-2017), the DGM has elevated indigenous voices in numerous ways:

“The DGM has provided additional support that equipped the indigenous peoples with the financial, technical and convening power to implement their own prioritized interventions. The DGM does not only help generate tailored cost-effective approaches to maximizing the multiple benefits accruable from forests – for climate mitigation and resilient incomes – but most importantly it helps to empower and to capture national and global attention to the role and contributions of indigenous peoples in attaining climate goals.”

There are indications that outcomes are already exceeding the original expectations for the DGM. The review finds that sub-projects under the DGM better met community needs, promoted better constituency representation and led to greater recognition of IPLC issues at a country and global-level.

One of its many notable achievements is enabling local and indigenous organizations to achieve greater recognition for their land rights: through local-level projects funded under the DGM, recognition for 133 communities’ claims to approximately 400,000 hectares of ancestral forest land was secured in Peru. The DGM has also supported better representation of marginalized groups, particularly women, overall elevating indigenous and gender issues to the national and global level.

These achievements have required high levels of collaboration with governments, multilateral development banks, and other stakeholders to enhance dialogue, build trust, and facilitate broader sustainable forest management efforts. Perhaps the most vital endorsement of this model designed by and for indigenous peoples and local communities is the high demand and momentum across all stakeholders for further scaling-up of the DGM.

Encouragingly, there appears to be global momentum to elevate indigenous viewpoints in the fight against climate change, with the creation of a new platform. At Cop24 this past December, local communities, indigenous peoples and governments agreed to launch an unprecedented working group to scale-up consideration of Indigenous voices in efforts to respond to climate change.

Supporting global efforts and engaging Indigenous and local community contributions through models like the DGM will encourage work already underway by these communities to protect forests. Above all, recognition of the critical role that Indigenous Peoples play in safeguarding much of the world’s biodiversity is central to current and future aspirations to combat climate change.