How embracing ‘awkward’ can spark breakthrough on climate problems 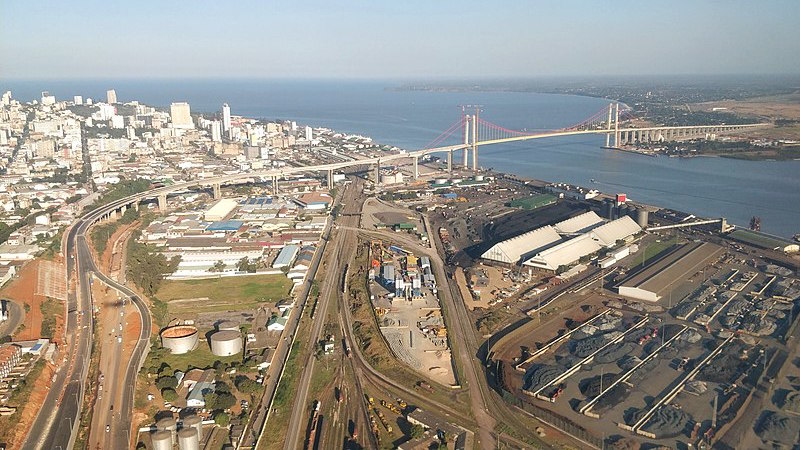 Maputo, Mozambique is one of the initiative's main cities of focus (Image: CC-by-SA-4.0/Wikimedia/Jcornelius)

When climate and social science researchers sat down with a roomful of city managers and technicians in the Namibian capital of Windhoek in August 2018, someone from the city’s wastewater treatment plant threw them a curve-ball: what, she asked, are the projections for when water temperatures in the city might climb beyond a certain point?

This is important because above a certain temperature threshold, the bacteria in the sewage water treatment process stop growing. There are limits outside of which the system she runs will stop working optimally.

‘The climate scientists in the room had an ah-ha moment,’ explains social anthropologist and computer scientist, Dr Sukaina Bharwani with the Stockholm Environment Institute (SEI). ‘Usually in these meetings, scientists are asked about changes in the onset of rainfall, or temperature rises generally. They’re not usually asked how temperature increases will impact the water temperature for a wastewater treatment plant or what this could mean for a city’s water treatment and reclamation process.’

Although, from Bharwani’s perspective as an anthropologist, the interesting thing about this anecdote isn’t so much the factual exchange itself. What’s more important, she says, is the process by which the researchers were able to elicit the question.

‘The process we were involved with created an environment in which people could embrace uncomfortable questions or silences,’ says Bharwani. ‘The nature of the question itself is not based on any assumptions about knowledge needs, but rather an open exploration of the decision context.’

Bharwani and SEI colleague Liz Daniels were visiting the southern African capital for a two-day ‘learning lab’ process which brought about 50 city-level stakeholders together with researchers from the Future Climate for Africa (FCFA) initiative. Their objective was to thrash out what Windhoek’s specific information and capacity needs are in relation to managing the city’s response to climate change.

This particular method of workshopping climate information is designed around a social learning lab process, where key stakeholders who may represent different sectors in a complex city development context will come together to discuss a burning or urgent issue within the city-region. The Windhoek learning lab is part of a wider city learning process where researchers are doing similar workshopping processes in Lusaka, Zambia and Maputo in Mozambique, and lighter-touch approaches in Harare in Zimbabwe, Blantyre in Malawi, and Gaborone in Botswana.

The idea is to design climate-resilient solutions to city-scale development problems, through drawing on the views, experiences, and perspectives of people from different sectors or disciplines or city management structures. By pooling as many perspectives as possible, researchers hope to design packages of climate information together with city stakeholders that are appropriate to a specific city’s needs, which can then be integrated easily into a city’s policy design and implementation processes.

‘The important thing about these learning labs, is to allow for the awkward silences that might emerge in group work,’ explains Bharwani. ‘Because it’s in those silences that the sorts of questions, like the wastewater treatment one, can surface.’

How did the scientists respond to this unexpected need, raised by the wastewater department’s technician?

‘A colleague from the UK’s meteorological office will take the issue back to her group and see how they can build this information into their analysis.’

Windhoek’s population is less than half a million, in a near-desert country whose citizens amount to only 2.5 million. Its climate change responses are quite different to those of another capital where the FCFA team ran another learning lab, in Lusaka, Zambia.

Lusaka’s population is close to 2 million, in a country of 17 million.

These learning lab processes highlight that no two African cities are the same, and when it comes to designing or choosing between different climate response strategies at a city-scale, there’s no single product that a city manager can take ‘off the shelf’ and implement within her jurisdiction.

The FCFA team wanted to draw up a set of narratives for each city that capture the specific climate risk analysis for each one. Following the workshop process, researchers agreed together with city stakeholders that they would develop different climate information packages in a way that is appropriate for each city.

The learning lab processes are as much about gathering content, as they are about learning from the ‘process’ of information and knowledge exchange between researchers and decision-makers. This is about facilitating innovative spaces for new and better questions that they need to explore, according to the FCFA team.

High-level municipal buy-in is key to this information exchange being effective, the team agrees. Similarly, it’s useful to have local champions within the city, and to spend a lot of time designing workshop meetings in creative and inspiring ways whilst still tailored to city needs.

This article features work performed by the Future Resilience for African Cities and Lands (FRACTAL) project. FRACTAL is one of five FCFA research projects. It is a group of researchers from around the world aiming to advance scientific knowledge about regional climate responses to human activities across southern Africa. Researchers are collaborating with a broad range of stakeholders to produce knowledge that will support resilient development pathways and enable decision-makers to integrate climate knowledge into their resource management decisions and urban development planning.