With the clock ticking on 1.5C, we need a new approach to climate finance 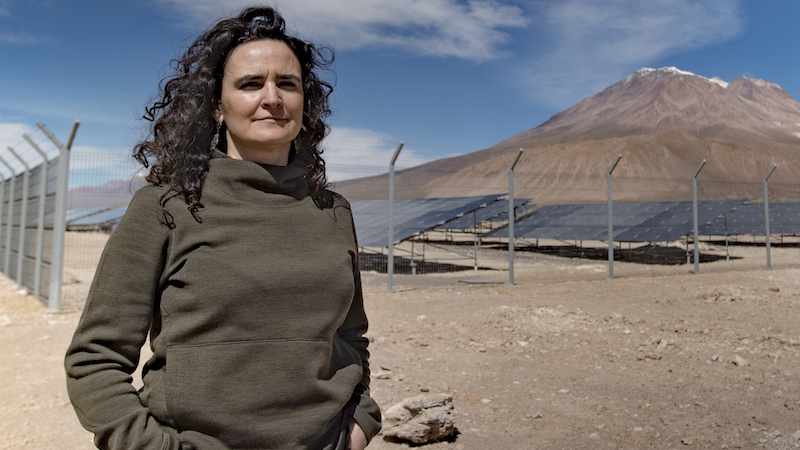 The world’s leading climate scientists have issued a ‘final call’ warning that we have until 2030 to prevent a no-return climate trajectory – that’s 12 years to make transformational changes.

Given that we’ve remained inexorably behind the curve since the Intergovernmental Panel on Climate Change first sounded the alarm some 30 years ago, the time has come to rethink and reorganize the way climate resources are delivered globally.

While of course we’ve made progress – the renewable energy boom being an obvious example – the issue remains that investments in clean and resilient climate solutions have largely been defined project-by-project, sector-by-sector, which has in turn led to the fragmentation of sustainable development aspirations and outcomes.

If we’re serious about transitioning to low-carbon, resilient economies in the timeframe available, it’ll require a major departure from the current siloed approach that has, thus far, merely chipped away at the periphery of the climate challenge. A protected forest here or a solar power plant there are of course important but, in and of themselves, have not and will not change things fast enough. Stopping climate change requires a new and sustainable way of doing business, one that allows us to channel finite public resources into programmatic, systems-driven climate action.

What does this mean in practice? In my experience, there’s a distinct formula in climate finance that’s proven to bring about systemic change in developing countries, where the greatest climate challenges and opportunities exist.

The formula is premised on a couple of key targeted interventions that help foster enabling environments which send powerful signals and cushion perceived risks for public and private sector investors looking to back high-risk, high-reward low-carbon and climate-resilience projects.

The foundation of any transformative development finance intervention is effective and collaborative planning. As we’ve learnt over the years, planning in silos and implementing sector-by-sector doesn’t really work. Decarbonizing the transport sector for example requires cleaning the energy sector, which in turn requires thinking about knock-ons for water security, ecosystem management, and so on. Financial support must therefore help governments engage a cross-section of relevant players and institutions as they sketch out their national climate strategies and development plans.

In other words, we need to support ‘holistic’ sustainable development, and this requires joined-up planning between and across sectors, rather than simply funding a project here and project there.

To join these sectoral dots, it’s important to find the glue that brings these otherwise disparate groups together in delivering results and impact. Empowering champions in government with convening capability is that glue. These champions can serve as highly effective convening agents, while helping to clear the way for deep policy and regulatory reform, reforms that will ultimately unlock and underpin long-term and systemic change. However, these champions often need significant envelopes of predictable and flexible resources in order to drive the collaborative strategic planning process and technical support that solidifies institutional changes and entices the private sector into untested arenas. For example, geothermal plants and cutting-edge battery storage technologies are de facto capital-intensive investment opportunities and remain high risk. Concessional finance or grant funding can help cover those initial up-front costs and provide that vital cushion private sector investors often need before entering the fold.

The final piece of the puzzle is the need for speed. For this formula to genuinely transform climate action on the ground, it needs to kickstart big investment quickly. Evidence of near-term returns and demonstrated impact not only peaks the interest of prospective investors but it also provides decision makers with a strong case to secure political buy-in and usher in reforms that can really transform a country’s sustainable development pathway.

Easy enough, right? No, not really but the Climate Investment Funds (CIF) – an $8.3 billion-dollar investment accelerator in climate solutions – have been testing this formula as its primary model of delivery with the multilateral development banks for the last ten years and we’ve made some great progress. Not only that, but we’ve gathered enough evidence to make the case for scaling it up across the climate finance world.

As part of the tenth anniversary of the Funds, we decided to commission an independent evaluation of the CIF’s approach. ICF has spent several months interviewing countless stakeholders and trawling through dozens of project reports to see if CIF’s programmatic business model has been effective.

Released in October, the ICF evaluation found that CIF’s approach has amplified the impact of investments and created more opportunities for transformational change than would have been possible had the Funds employed a traditional, project-by-project model.

The ICF team found that a major component for success was government-led multi-sectoral country planning as a prerequisite for CIF support. As part of CIF project planning, governments lead a process of drafting national investment plans with Multilateral Development Banks, in collaboration with key private sector actors and players from multiple stakeholder groups. The collaborative and flexible planning process has ensured that initiatives have been better at targeting the most pressing national climate priorities, and have led to long-term, systemic changes in the modus operandi of key government, civil society and private sector groups beyond the lifecycle of CIF funding.

For example, in Zambia the approach helped mainstream climate change into national development plans and sector strategies and contributed to increased climate resilient national budgetary allocations – with the country’s climate change secretariat managing more than $200 million in development partner climate finance in addition to the funding from CIF.

In Turkey, a mix of public and private investments designed in a complementary way through the programmatic approach are being used to scale energy efficiency programs. These programs are starting to generate systemic changes across the sector, from financial de-risking to cost reductions to increased regulatory certainty to the greater participation of market actors including financial intermediaries and leasing companies – all of which are perpetuating scaled investment in the country.

In Burkina Faso, the CIF’s Forest Investment Program was instrumental in unifying community-oriented forestry and agro-forestry efforts under one unit and program, in promoting the REDD+ process, and in kick starting a broader climate change dialogue in the country.

The evaluation of CIF’s programmatic approach also found that linking strategic planning processes to the certainty of available investment resources was key, especially for innovative or first-of-a-kind investments that require substantial preparation and therefore do not lend themselves to a competitive project-by-project approach.

It’s been the combination of the three elements of the CIF programmatic model: multi-sectoral and multi-stakeholder investment planning, regulatory and policy support, and scaled concessional risk-bearing capital that have helped tip market-changing climate solutions over the edge into low-cost, scalable spaces that would have otherwise eluded many of the countries where CIF invests.

To put it into context, CIF’s 300+ investments across the 72 countries where it operates are expected to lead to at least 25,000 MW in clean power capacity installed worldwide, one quarter of the world’s geothermal energy output (3,500 MW), one quarter of global concentrated solar power capabilities (1,200 MW), and over 28 million hectares of more sustainable forests.

So, what next? The climate finance community will no doubt continue to proudly announce record figures year on year but I’m afraid to say that no matter how many billions continue to flow, these dollars won’t realize the scale of change required unless we choose to apply them differently and in a manner that fosters systemic change across sectors.

With just 12 years to go, there’s still time and there’s still hope but we need to move fast, and this means moving past traditional approaches to financing climate action. It means embracing business unusual and investing big in approaches that allow us to channel finite public resources into programmatic, systems-driven interventions.