Three things this week’s Bangkok climate talks must get right

Comment: As talks resume in Thailand, experts outline the game plan for a deal on the rules of the Paris Agreement 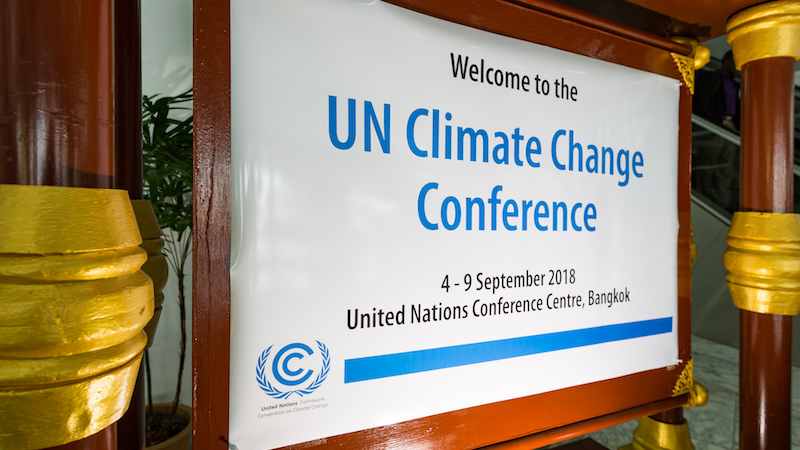 Since the Paris Agreement on climate change was adopted in December 2015, negotiators have been grappling with how to set it in motion with a strong framework of rules and operating procedures, commonly known as the “implementing guidelines” or “the Paris Rulebook”.

These guidelines are essential to drive a fair and effective process that will support all countries to achieve zero-carbon, climate resilient transformation in the coming decades.

The clock is ticking. In 2015, countries set a deadline of December 2018 to finalize the implementing guidelines at COP24 in Katowice, Poland. With time running out, and uneven progress made so far, countries have agreed to an interim meeting in Bangkok, Thailand next week to advance their work before the end of the year. A “satisfactory outcome in Katowice will be in jeopardy”, the presiding officers of the negotiating session recently warned, unless negotiators can decide on a clear and cohesive negotiating text that ministers can take up and approve in a few short months.

Negotiators have three critical tasks to advance while in Bangkok:

Unlike other climate negotiation sessions that include dozens of side events and an exhibit hall, there will be none of those at the Bangkok session in order to minimize distractions and ensure negotiators make maximum progress advancing the rulebook.

The Stakes of Bangkok

The issues inherent in the negotiations are politically and technically complex. “Negotiating groups” will delve into the key elements of the implementing guidelines, including:

In the end, all these elements must work together to create multi-year cycles of planning, implementation and review that lead to more ambitious national action to curb greenhouse gas emissions while also achieving sustainable development.

To date, negotiating groups have made uneven progress in developing advanced options and guidance. While the nature of negotiations in each group differs, there are several common sticking points. The guidelines must provide flexibility and support for parties that need it, while avoiding the developed-versus-developing country dynamics that have often been a challenge in previous climate negotiations.

In addition, parties must agree on the level of detail of the information to share in order to build confidence and trust in countries’ efforts and on the scope and effective governance of the various mechanisms. And, though some issues are more mature than others, they also need to represent a coherent and balanced package, when considered as a whole.

As they head into the Bangkok negotiations, countries have additional resources at their disposal to help them work through the sticking points highlighted above. These include informal tools produced by the negotiation co-chairs and a new publication released earlier this month by WRI and the Project for Advancing Climate Transparency (PACT) consortium, which provides suggestions for negotiators to meet their December 2018 deadline.

Informed by careful analysis and the experience of negotiators and other key stakeholders, PACT’s major new working paper provides an overarching vision and practical suggestions for the foundational elements of the Paris Agreement’s implementing guidelines. This unique publication can help negotiators overcome the remaining negotiating hurdles in order to achieve clear, robust, and cohesive implementing guidelines.

While negotiators work to draft and adopt guidelines for adoption in Katowice this December, they will benefit from keeping in mind the cooperative spirit of the Agreement. By negotiating in good faith and demonstrating renewed trust in the multilateral systems, they can solidify the global response to the climate challenge and bring the agreement truly to life.

On the way to COP24, key milestones include the Global Climate Action Summit in mid-September, which will celebrate and incentivize climate action from states, regions, cities and the private sector through such initiatives as science-based targets. The One Planet Summit on the margins of the UN General Assembly in late September will continue to galvanize and scale up financial support from the private sector and others. And the upcoming Climate Vulnerable Forum virtual leaders’ summit on November 22 aims to create a coalition of countries committed to strengthening their climate action to meet the most ambitious Paris goal of limiting temperature rise to 1.5C.

If they are successful at the Bangkok session, countries will lay the ground for success at COP24, where they can adopt rules and guidelines that strengthen domestic efforts, guide countries’ efforts to strengthen their national contributions by 2020, and leverage global initiatives driving action by countries and many other actors.

This article was originally published on the World Resources Institute’s website. Yamide Dagnet is a senior associate and Nathan Cogswell is a research analyst with WRI’s international climate action initiative.