Comment: Both less than five years old, the Asian Infrastructure Investment Bank and Brics Bank are failing to back sustainable development models 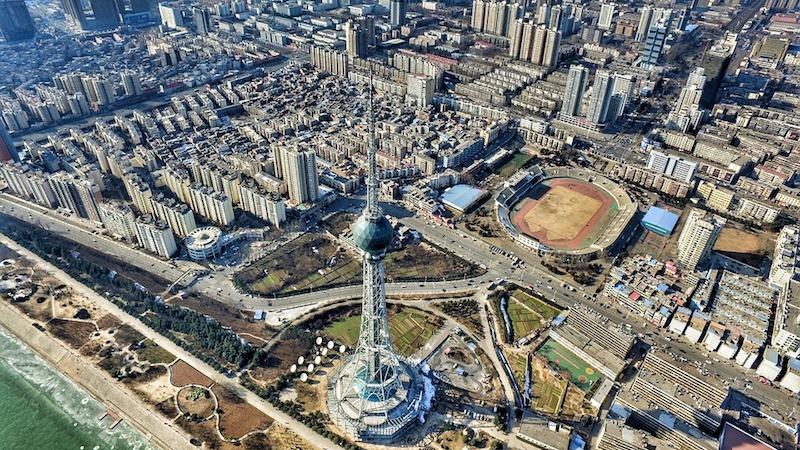 The AIIB is investing in the metro system in Luoyang in central China’s Henan province (Photo: Commons)

From Pakistan to Panama, a steady stream of countries from the Global South have endorsed China’s Belt and Road Initiative (BRI) promoting connectivity since its launch in 2013.

The trend continued this week as Senegal and Rwanda inked deals under the BRI banner during President Xi Jinping’s tour of the African continent ahead of the 10th summit of the Brics group – Brazil, Russia, India, China and South Africa – hosted by the latter in Johannesburg from 25-27 July.

“I look forward to working with the leaders of the Brics countries to…  seize the opportunities for development,” Xi told the summit.

The BRI makes enticing promises of finance to bridge long standing infrastructure gaps. It has been labelled an “easy sell” to developing countries seeking investment. Yet there are few guarantees that finance issued by Chinese-led institutions for new projects will steer countries towards a path of sustainable development.

China finances development projects mostly through the China Development Bank and the Export Import Bank of China, which have been criticised for their lack of transparency and support for mostly “dirty” energy.

Two new China-led multilateral banks are also tasked with supplying finance for infrastructure overseas – the Asian Infrastructure Investment Bank (AIIB) and the New Development Bank (NDB, or Brics Bank) – albeit on a much smaller scale.

Both less than five years old, these two new lenders raised hopes that they would adhere to higher standards on transparency and sustainability than China’s national development banks. But concerns remain.

“The NDB and AIIB seem to have suffered from a lack of imagination and ambition on what sustainability can look like in the 21st century,” said Katharine Lu, senior sustainable finance manager at Friends of the Earth US.

Lu added that despite their “profound potential” to create better models of sustainable development, these new lenders have failed to take inspiration from western-dominated financial institutions’ social and environmental policies and have fallen short of the standards of their peers.

Despite insisting that the NDB supports sustainability, Kundapur Vaman Kamath, the bank’s president has failed to rule out investing in high carbon-emitting energy sources, such as coal.

Global trade dominated the Brics summit agenda given the reciprocal tariffs imposed by the US and China, initiated by President Donald Trump. The summit in Africa also presented an opportunity to address the continent’s need for infrastructure.

The AIIB recently signed a memorandum of understanding with the African Development Bank to cooperate on sustainable economic development. Meanwhile, the NDB earlier this week approved US$600 million for new projects it says will reduce greenhouse gas emissions.

US$300 million will support the construction of a new line of the Luoyang Metro in central China’s Henan province to “reduce heavy traffic”. The remaining US$300 million will go via the Development Bank of Southern Africa (DBSA) for “sustainable development projects within the energy sector”, with the aim of “improving the energy mix and energy efficiency of the economy”.

The NDB is mandated to mobilise resources for infrastructure for Brics members and other “emerging nations”, according to its articles of agreement. So far the NDB has a portfolio worth almost US$6 billion and has three projects in South Africa. It is yet to extend a loan to a non-Brics member country.

It is crucial that new projects take account of potential environmental damage, according to Chris Alden, co-director of the Global South Unit at the London School of Economics. He would like to see Brics countries commit to incorporating regular environmental assessments into feasibility studies for NDB-backed projects.

“It is especially important for Brics countries to signal their leadership to the rest of the world, as they have indicated their support for green energy projects,” he said.

A first batch of loans issued in 2016 for small-scale renewable energy projects hinted at the New Development Bank’s support of “clean” projects. A number of mostly wind and hydropower projects in member countries have followed.

But for Lu the NDB still lacks strong internal policies that can guarantee ongoing support for sustainable projects. For example, it has yet to establish effective accountability for project impacts. Other multilateral lenders have channels for those adversely affected by projects to communicate their concerns.

President Xi called on Brics members to integrate the UN’s Sustainable Development Goals (SDGs) into their national development strategies at a meeting of business leaders in Johannesburg.

The private sector has a big role to play in implementing the SDGs and among Brics countries Chinese companies are leading, according to recent research published by the journal Sustainability.

“China stood first in adopting the sustainable development goals,” found the study, which analysed the vision and mission statements of five multinational companies from each of the Brics members and their compatibility with the SDGs.

However the policies of Chinese companies, like their Indian counterparts, focus primarily on SDG 9: Industry, Innovation and Infrastructure, and there is a strong tendency to overlook those relating to the environment.

A majority of the companies in member countries neglected climate action (SDG 13) and the preservation of the ocean (SDG 14). Nor have meetings of Brics countries resulted in better coordination on meeting the goals, the research said.

Lu said that the NDB and AIIB are also failing to take bold steps in the fight against climate change by not comprehensively documenting the greenhouse gas emissions of their projects. This, she suggests, inhibits their ability to deliver on the promise to support sustainable development:

“They may be new players, [but] the AIIB and NDB are still playing the same old game,” she said.

This article is republished from Diálogo Chino