Development agency says dry countries face ‘famine and food insecurity, loss of livelihoods and life, and the displacement of millions’ 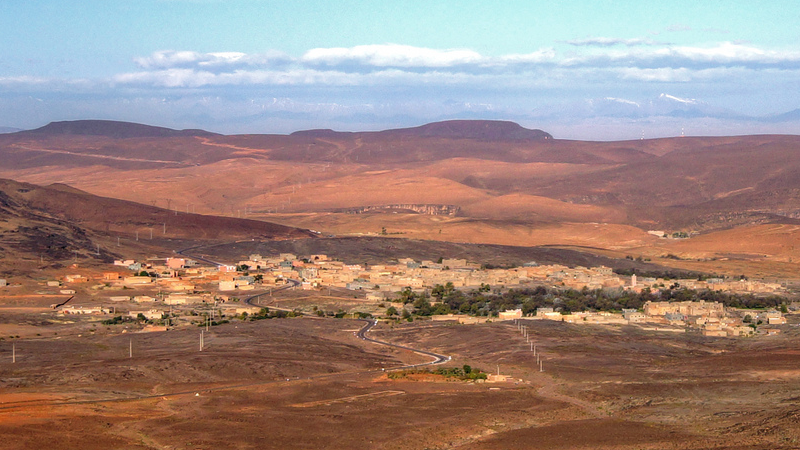 Climate change threatens conflict and poverty in the Arab region, according to the UN Development Programme (UNDP).

In a report, published on Wednesday, the agency suggested climate risks could derail development gains, such as the decrease in infant mortality and the achievement of near universal primary education.

Mourad Wahba, director of UNDP’s regional bureau for Arab States said that the over the past decade cycles of drought, “the frequency and severity of which are beyond anything seen for hundreds of years in the region”, had contributed to “famine and food insecurity, loss of livelihoods and life, and the displacement of millions”.

The report found this could disrupt efforts to bring peace to the region. “Climate change with its direct impact on decreasing water and food security is feeding armed conflict,” the UNDP paper concluded.

The Arab region has 14 of the world’s 20 most water-stressed countries and 90% of the region lies in arid, semi-arid and dry sub-humid zones.

From 2006 to 2011, Somalia suffered a prolonged drought that may have been made more likely by climate change, which led to the displacement of four million people.

Similarly, a drought in Syria from 2006 to 2010, which has been attributed in part to human interference in the climate system, led to a mass migration of 200,000-300,000 people from farmlands to urban centres, according to the UNDP.

Rising levels of conflict across the Middle East and North Africa (Mena) has resulted in it housing the world’s largest population of refugees and displaced people.

“Security and resources go hand in hand in the Mena region. The uprisings and political instability were mainly to demand equal resources, that includes energy, basically in the form of electricity and water,” Safa Al’ Jayoussi, a climate change expert and environmentalist based in Jordan, told Climate Home News.

“Political leaders in the countries are diving into fossil fuels with all the uncertainty around it and removing subsidies without giving the people any other alternative,” she added.

“In Jordan, especially with the current wave of protests where we went out to the streets calling for solutions to the price hikes, [the government] is still struggling to see the shining future of climate change solutions,” Al’ Jayoussi said.