In Nepal, turning waste into wealth

Sponsored content: Nepal builds biogas capacity as it transitions to a lower-carbon economy 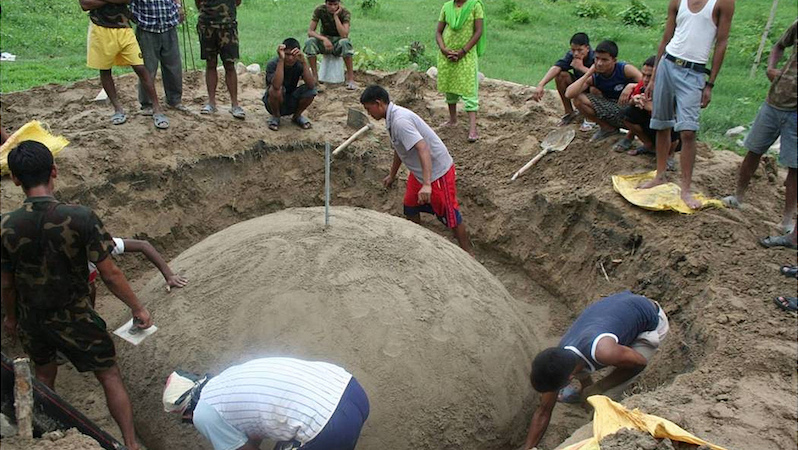 The first thing you notice about Abhirat Agrawal is his grin. It just radiates.

At the precocious age of twenty-five, he is a founding partner of Envipower Energy & Fertilizer Pvt. Ltd., a biogas processing facility in Bhairahawa, Nepal. Along with a handful of employees, mostly highly skilled engineers, he’s helping accelerate Nepal’s transition to a low-carbon economy.

“I’ve wanted to work in renewable energy since I was a university student,” said Agrawal during a recent tour of the premises.

Nepal is increasingly turning to biogas to help wean its dependence on fossil fuels. It is a sustainable energy source with zero net greenhouse emissions, one that uses an all-natural process called anaerobic digestion to turn waste into clean energy. When organic matter like manure, food scraps, or sewage decomposes, under certain conditions it produces methane gas. This gas is then processed, sold, and used for cooking, lighting, heating, electricity generation, and even automotive fuel. It is not only better for the environment, it is also more affordable than liquid petroleum gas (LPG).

This technology has another important benefit. Bioslurry, a byproduct of biogas, is a high-nitrogen fertilizer that farmers prize for its quality relative to other fertilizers. This is no small matter in Nepal, where agriculture provides livelihoods for 68 percent of the population and accounts for 34 percent of national GDP.

With an agriculture-based economy and 5.8 heads of livestock and poultry per household – one of the highest ratios of livestock to humans in Asia – Nepal has virtually limitless potential for biogas development.

The Climate Investment Funds (CIF) and the World Bank are supporting Nepal’s efforts to break down barriers to private sector participation in low-carbon development. Together, they’re helping build biogas capacity across 10 municipalities, construct 340 new biogas plants supplying community facilities and commercial establishments with clean energy, and produce enough biogas to fill more than three Olympic-size swimming pools every day. These investments will create several thousand jobs and replace the equivalent of around 131,000 cylinders of imported LPG and some 5,000 tons of imported fertilizer per year.

In addition to being acutely vulnerable to climate change, Nepal is contending with an energy crisis of unprecedented proportions. Current energy supply is insufficient to meet rising demand, causing widespread blackouts and economic stress.

According to a World Bank estimate, power outages resulting from load shedding — i.e., deliberately interrupting electricity supply to prevent overloading of the electrical system — cost Nepal a total of $11 billion in GDP in a nine-year period. That is almost equivalent to Nepal’s GDP in 2008.

Making matters worse, 83% of Nepalese live in rural areas often with poor energy access, requiring most households to rely on traditional energy sources for cooking and heating, such as firewood. The high demand for firewood has created a number of environmental problems such as deforestation, soil degradation, and flooding. Collecting firewood is also considerably time-consuming, and burning it causes indoor air pollution that kills up to 4 million people worldwide each year, particularly women and children.

For all these reasons, Envipower is more than an economic enterprise, it is an expression of Agrawal’s patriotism. He is a proud Nepali who decided to start a business in his own country, rather than move to India where he would have been a competitive job candidate. He recognized the promise of biogas in an energy-strapped nation of over 26 million people: when he succeeds, farmers who sell manure to the biogas facilities grow more prosperous, and Nepal grows more energy-independent.

There is a saying that goes, “one man’s trash is another man’s treasure.” If that is the case, then biogas proves that one man’s livestock waste is a treasure of a higher order: economic opportunity and sustainable energy for entire countries.