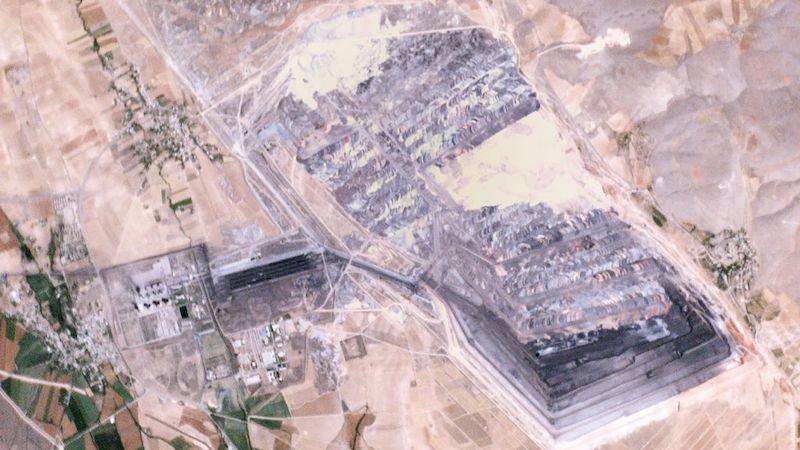 Afsin-Elbistan power complex and lilgnite mine in Turkey represents about 5% of the country’s generation capacity (Photo: Planet Labs Inc)

Turks overwhelmingly support renewable energy over coal and are concerned about climate change, according to a survey published on Tuesday.

The government of president Recep Tayyip Erdoğan, which faces elections this month, plans to massively expand coal power. But just 17% of respondents thought coal power should be used as long as Turkey had coal reserves as opposed to renewable energy sources.

Conducted by climate information hub İklim Haber and research company Konda, the survey suggested a majority of citizens were worried about climate change and don’t have much faith in their government to tackle it.

75% of the 2,595 participants were worried about climate change, while just 8% believed the Turkish government was “strongly likely” to take action against climate change.

Among supporters of the governing Justice and Development Party (AKP), 16% thought the government was “strongly likely” to take enough climate action.

“In a deeply polarized society, climate change is a thing Turks can agree on,” said Bariş Doğru, chief editor of İklim Haber.

More than 70% of Turkey’s electricity comes from fossil fuels and the government has named coal as its preferred fuel for future plans to meet growing electricity demand.

Erdogan has set about a large expansion of Turkey’s coal sector. Only China, India and Vietnam have more coal power plants in planning than Turkey. The country has also begun construction of its first generation of nuclear power plants.

However, 53.1% of Turks oppose coal power being built near them, while 68.2% oppose nearby nuclear power plants.

Akif Pamuk of the Earth Association, a Turkish NGO, said the social opposition to coal was based on first-hand experience.

“Coal power plants have direct physical and visual impacts on your daily life,” said Pamuk. “These plants have been major polluters in the regions where they were installed since the 1960 and we are running out of time to fix problems they have already caused.”

Both the first round of the presidential race and elections for the general assembly are scheduled in the country for 24 June.

According to Doğru, reports show that meteorological disasters, such as floods and heat waves, are increasing in Turkey. But climate change has not been a priority topic during the election campaign.

“The political agenda is very occupied in Turkey and climate change is not one of the priorities,” Doğru told Climate Home News.