Climate change in Australia: A continent on the brink

Sponsored content: Climate change is a major issue globally. Let’s take a deeper look and see the effects in Australia

“We have to find a way to channel capital into solutions and not invest capital into something that is destroying this planet,” says Sasja Beslik, head of group Sustainable Finance at Nordea.

Extreme heat in Australia is wiping us out

Australia is today’s example of how extreme weather caused climate change will impact the rest of the world in the near future. The livelihoods of many Australians are threatened by the extreme weather, and nature is being destroyed at an alarming pace.

Australia is one of the most vulnerable nations to climate change due to its hot, dry climate and is already gripped by drought.

Eric Crosby, a farmer from Queensland in north-eastern Australia, has experienced a severe drought around his reservoir the past years. He normally runs 1500 head of mixed cattle, but due to the climate conditions he’s now down to 200 head. His reservoir is as dry as ever, and if the drought continues he may be forced to put down the last of his remaining livestock.

Eric has no doubt that the continuous drought is heavily related to the global climate change.”It’s got to be climate change – and I guess mankind has something to do with it. It makes me worried. There wouldn’t be anyone in our situation, with the weather like it is, who’s not worried,” he says.

The destruction of Great Barrier Reef

Due to a massive amount of heat stress, the Great Barrier Reef suffered unprecedented mass bleaching events in 2016 and 2017, which are believed to have killed half the corals. Despite the alarming conditions, the Australian government is on a path that will keep causing serious damage to the Great Barrier Reef – and eventually destroy it.

Australia continues to mine for fossil fuels as if nothing is wrong. In fact, Australia is now overtaking Indonesia as the world’s biggest exporter of coal. More than any other country, Australia is leading the world in the destruction of coral reefs – and that includes the Great Barrier Reef.

“To me who has been diving for 50 years on this reef, it looks like a graveyard,” says Dr Charlie Veron, the world’s leading expert on coral reefs, and also referred to as the godfather of coral. 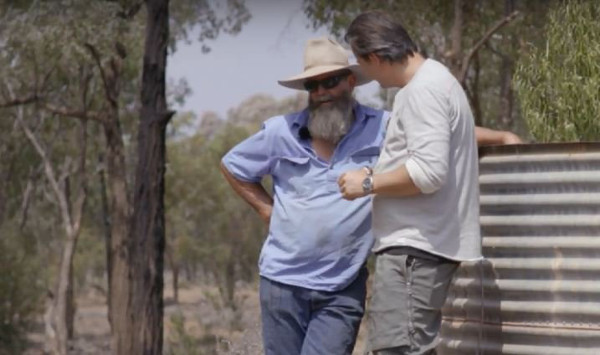 Current energy production is fuelling not only one problem

Australia’s vast production of coal leads to massive CO2 emissions. PhD researcher on climate and energy Dylan McConnell gives us a picture of the proportion.

“We have enough brown coal to last 500 years of current energy production,” he says.

It is clear this is causing a tremendous problem for global warming and climate change. Political action is needed to back up a transition from coal mining to sustainable energy solutions. While the effects are visible already and increasing at a fast speed the time horizon for transformation of the energy production is not that clear.