After nearly 200 die in extreme weather, national disaster agency reiterates zero-mortality goal and says toll could have been higher without action plans 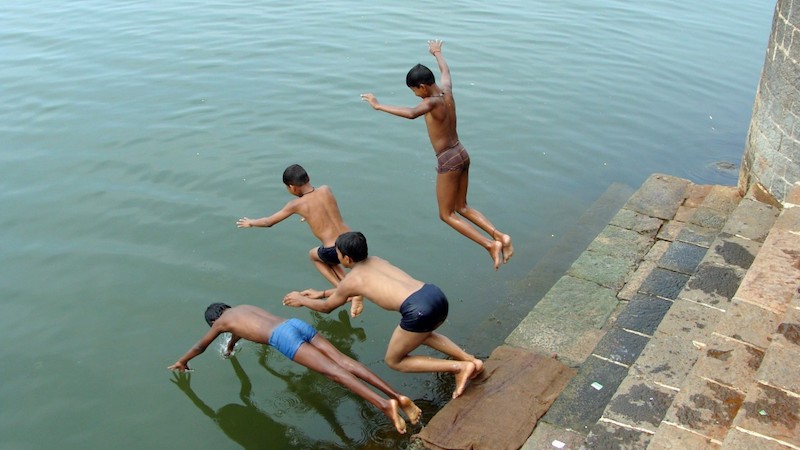 Despite nearly 200 people killed in heatwaves this month, India’s disaster agency has said efforts to cut heat deaths to zero are having an impact.

On 2 May several parts of the country suffered from severe dust and thunderstorms, resulting in the deaths of at least 124 people. On Sunday, more strong storms and extreme heat led to the deaths of over 70 people.

The National Disaster Management Authority (NDMA) has set a target of zero deaths from heatwaves. Anup Kumar Srivastava, a drought and heatwave expert at the NDMA, told Climate Home News that efforts to make communties more resilient to extreme heat had reduced deaths.

Srivastava said the NDMA had launched “intense and sustained efforts for reduction in mortality”. This including assisting state governments to prepare heat action plans. This was particularly important because climate change has aggravated the problem.

“The average and daily peak temperatures in India have raised and intense heatwaves have become more frequent and severe, affecting health and livelihood of vulnerable populations,” said Srivastava.

“It is so hot that in New Delhi the street melts,” Anjali Jaiswal, NRDC India programme director told CHN. “And when children, the poor kids in the street, stop you they don’t ask for money or food, they ask for ‘pani’ – water.”

Preparedness is the key to saving lives and helping the NDMA reach its zero mortality target. “This goal is definitely within reach. It will take strong efforts on coordination, action, and science,” Jaiswal said. “Unlike air pollution impacts, heat-related illness is largely reversible.”

The heat is most dangerous to those who are more exposed to it. A large portion of the Indian population work outside, where temperatures can hit 46C and many buildings are not fitted with air conditioning.

To combat heat waves, city officials can work together with community leaders and others to warn about heat waves early, prepare hospitals and emergency response, including drinking water, and build robust community awareness programs that inform people.

In 2015, more than 1,700 people died in the south eastern state of Andhra Pradesh. This year, the state has again seen killer heat, but not on the same scale. In response to the tragedy, the state developed inter-agency coordination across health, labour and transport departments, as well as set up 1,168 stations for weather forecasting and modelling.

Other states, namely Telangana in the south and Odisha in the east, have developed heat action plans and local thresholds to analyse the vulnerability of communities in different parts of the state.

This will only become more necessary as the climate warms, experts warn.

“Climate change is fuelling more extreme weather in India,” said Jaiswal. “Even with modern forecasting systems, we are struggling to keep up.”

She said that it was difficult to predict extreme events without using large ensembles of model simulations, given their rarity. Authorities have to “make the most” of and be “more selective about which models [they] actually use” when it comes to making predictions.

On Monday, India’s meteorological department announced it would add 30 doppler radars which provide precise information about weather patterns and help in issuing warnings two-three hours prior to severe conditions.