Germany to set end date for coal power in 2019

A commission will decide the timeline for phasing out coal, under a coalition deal agreed between the social democrats and Angela Merkel’s conservatives 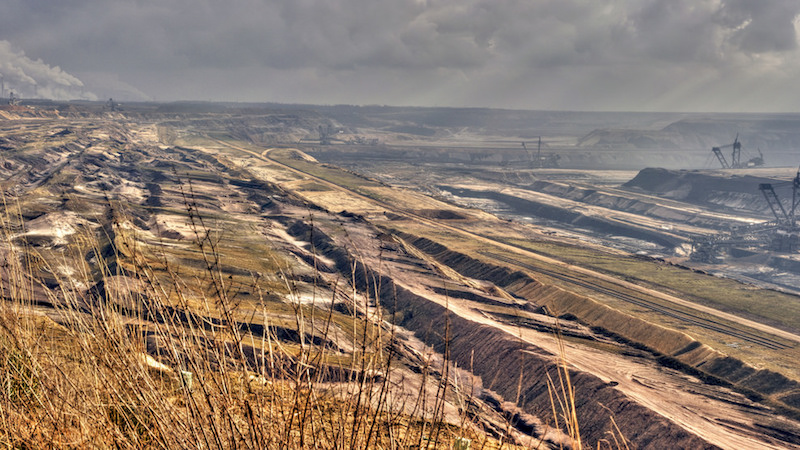 Garzweiler II lignite mine in the German state of North-Rhine Westphalia, in the distance are the Grevenbroich-Frimmersdorf and Neurath coal plants (Photo: Bert Kaufmann)

Germany’s would-be governing coalition partners have concluded a treaty that is likely to result in a final deadline for coal-fired power production in Germany.

The agreement, reached after weeks of intensive talks, largely confirms the most important energy and climate policy positions of chancellor Angela Merkel’s conservatives (CDU/CSU) and the Social Democrats (SPD) that emerged a few days earlier. However, the deal can still be scrapped by the SPD’s members, who will vote on the treaty with the outcome expected in early March.

“We will set an end date for coal-fired power production, both for hard coal and lignite,” SPD energy spokesperson Bernd Westphal told Clean Energy Wire shortly after the agreement was announced.

He said a special commission consisting of representatives of the affected industries, labour unions, the federal states, local authorities and environmental organisations would have to start its work “as soon as possible,” and present its results by the end of this year. He said Germany will “absolutely” come up with an end date for coal in early 2019.

Nearly five months after the September 2017 general elections, Germany made the substantial step towards forming a new government coalition. The coalition deal would allow the two political camps to renew their so-called grand coalition, which has governed Germany since 2013. An updated draft of the treaty largely confirms the most important conclusions on energy and climate policy, which already surfaced a few days earlier.

While a coal exit and a further expansion of renewables were not the crunch points during the prolonged negotiations over the past days, aspects of climate and energy policy are found in almost all chapters of the coalition agreement. They are mentioned under the headings of transport, housing, development, research, and European policy.

The most important climate and energy policy stipulations contained in the treaty include a watered-down national 2020 climate goal; the intention to introduce a climate protection law aimed at guaranteeing that the internationally binding 2030 climate goals are met; an accelerated expansion of renewable energies and the establishment of the special commission that will be tasked to prepare an end to coal-fired power production in Germany.

“We have a coalition treaty which is good news for a large number of citizens,” said Peter Altmaier, acting finance minister and chief of the German Federal Chancellery. He said 7 February was “a really good day for our country,” and that “the chances are high that we soon have a new federal government.”

The agreement came more than two days after the initial deadline, which was 4 February. The SPD insisted on thrashing out details on labour and health policy, which it considered especially important. The talks lasted into the small hours of 7 February. “And now we all want to take a shower, because we negotiated long and hard over the past hours,” Altmaier said.

Whether the coalition will actually materialise is still contingent on a vote by the SPD’s approximately 460,000 members. Having reluctantly entered into negotiations on a renewal of the grand coalition under Chancellor Merkel following the collapse of the so-called Jamaica coalition talks, the SPD’s leaders said the party’s members will have the final say on whether to accept the coalition treaty. The procedure will likely take about three weeks. The result is expected in the first week of March.