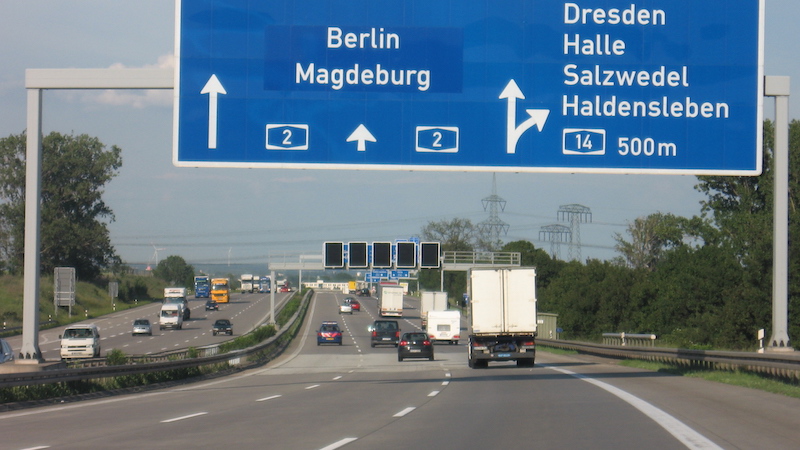 A rise in transport emissions drove up CO2 pollution for the second year in a row (Photo: M.Minderhoud)

An increase in transport sector emissions drove up Germany’s total greenhouse gas emissions for the second time in a row in 2016, according to the the Federal Environment Agency (UBA).

Official figures for 2016 were released as chancellor Angela Merkel faces tough scrutiny of her climate credentials at home and abroad. While she tries to negotiate a coalition deal at home after a lukewarm election victory, the German leader has been criticised internationally for the country missing key climate targets.

At 909.4 million tonnes of CO2 equivalent, emissions were 2.6m tonnes higher than 2015, the agency reported. Emissions from the transport sector amounted to 166.8m tonnes, higher than in the base year 1990, and mostly due to a higher share of road freight transport and rising registrations of private heavy vehicles.

“We need a new approach in the transport sector,” UBA head Maria Krautzberger said. She argued that if Germany wants to achieve its 2030 goal of reducing transport sector emissions by 70m tonnes, there has to be a quota for electric cars and a reversal of the trend towards heavy vehicles.

“But the legal framework doesn’t add up,” Krautzberger said, calling on the European Union to raise its ambitions for emissions reduction and set an average limit value of 75 grams CO2 per kilometre across any fleet of cars manufactured from 2025.

Emissions from the power sector fell by 4.6m tonnes, despite higher power exports in 2016, but at a total of 332m tonnes, or 36.5% of all emissions, still accounted for the largest share of all sectors, the UBA said.

Agency head Krautzberger said coal-fired power production must be addressed quickly. Full load hours of hard coal and lignite plants over 20 years old should be reduced, and at least 5 gigawatts of the most inefficient lignite plants taken off the grid, she said.

“Otherwise we not only risk missing our 2020 climate goal but will also get into trouble at the end of the next decade.” Germany has reduced its emissions by 27.3% by 2016 compared to 1990 levels. The government officially aims to reduce them by 40 percent by 2020, but the goal “is likely to be clearly missed,” the UBA said.

Merkel was in Davos on Wednesday, where she addressed the World Economic Forum and said climate change was “a great danger”, but her speech focused on other topics.

Parts of this article were originally published on Clean Energy Wire.