‘Sometimes I get intimidated’: first-timers at UN climate talks

Three young people share their impressions of international climate negotiations in Bonn, their hopes and fears for the future 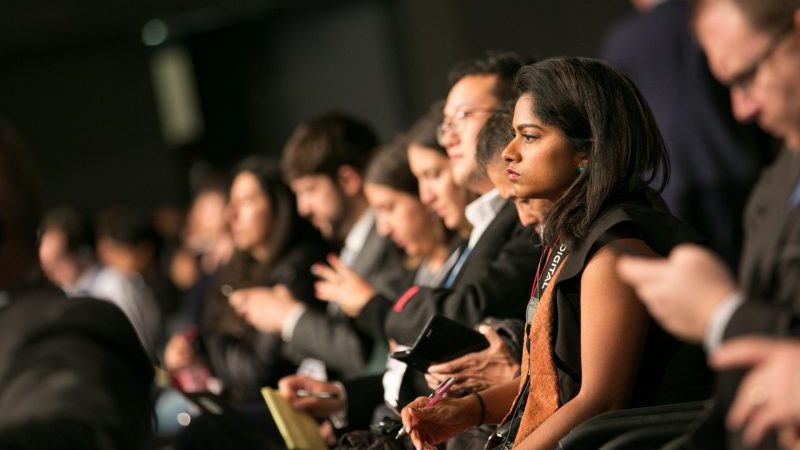 Funded by the German government, the Global South Scholarship exposes youth to the complex world of international negotiations and the discussions that swirl around it.

Climate Home News asked three participants about their impressions of the Cop23 summit. 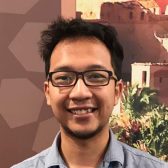 Harlino Nandha Prayudha (21, Indonesia) works with the International Association of Students in Agriculture and Related Science

How did you participate at Cop23? I joined two working groups. I was exposed to a lot of new information about adaptation and mitigation in agriculture, which is knowledge that I have never come across in my country.

I will share this knowledge when I return to Indonesia. I’m already drafting a proposal for a project where I will target teenagers and train them about climate change to create more awareness in my country.

Have you been disappointed so far? I didn’t get a badge to the Bula Zone, where the negotiations take place, because I came with an NGO delegation. So I can’t go and see how the negotiations go, but there is a computer lab where I can go and watch the live webcast of some of the sessions. The distance between the Bula and Bonn zones is too far – it’s like we’re dealing with exclusive issues.

What is your hope for the future? The youth in Indonesia spends a lot of their time on their mobile phones and they don’t care about important issues like tackling climate change. I hope future generations improve their awareness and also contribute something in dealing with the problem.

What is your experience with other delegates? They are patient and willing to listen when I make contributions. This is a good environment. This is my first Cop, there is a lot of information, so sometimes I get intimidated but it’s a learning process. 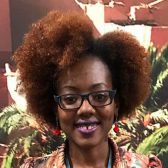 What struck you the most when you got here? Other than the Indian Pavilion, which is beautiful, I was struck by the messages of sustainability everywhere, the giving of renewable water bottles to delegates and the using of electric cars. It wouldn’t make any sense to me to try and fix the problem through talking while we’re doing the wrong thing. I’m glad we’re doing the right thing while we’re here.

Another thing is that this Cop is hosted by Fiji, a small island developing state, just like my country. We have huge problems resulting from climate change impacts.

In what way have you been participating at Cop23? I am part of my country’s government delegation so I’ve been between the Bonn Zone and the Bula Zone. I have been to the Aosis [association of small island states] meeting and I have been to the opening ceremony. I have also been to some side events. This has given me a broader sense of what a Cop is about.

What has disappointed you at Cop23? Having the two venues separate is a big mistake because the amount of time it takes one to get between the two places, including walking and going through security, is a lot. What also disappointed me is that I went to one session where most of the countries were trying to put pre-2020 ambition on the agenda but the US refused. An hour was spend discussing this. Eventually the matter was pushed to the next day. 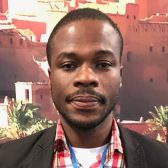 How do you feel about being at Cop23? I’m very happy to be part of this process because as people from the Global South we are more impacted by climate change, less capacitated to respond and under-represented in these forums.

I’m hopeful that the outcome of COP23 will advance the implementation of the Paris Agreement. By that I mean having the Paris Agreement rulebook done. I learnt that it will be finished in 2018 but I want a lot of progress on it now.

I’m happy to note that the gender action plan has been adopted and that the Green Climate Fund has now launched a simplified approval process, because it was difficult for people from developing countries to go through the stringent processes required to follow when applying for funding.

What do you hope to do when you get back to Ghana? I have been trained as a climate reality leader so when I get back home I will create awareness about climate solutions based on the knowledge a I got at this Cop. I’ll be visiting schools and I will organise an event at my former university where I will help students appreciate the linkage between climate change and development. My focus will also be to ensure the implementation of my country’s national climate plan on the ground.

What are you looking forward to after this Cop? The coming together here through the Global South Scholarship is an opportunity for us to network and share experiences. One of my hopes is that we can have a network that focuses on implementation of national climate plans in the Global South countries.