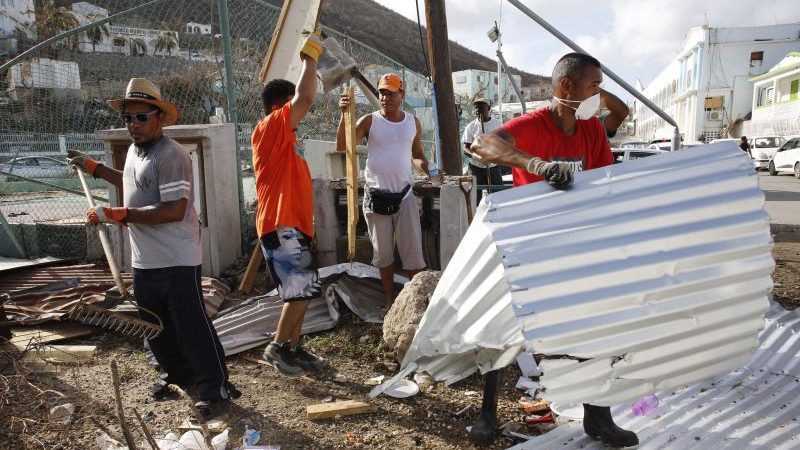 Recovering from hurricanes and other climate-linked disasters takes a toll on vulnerable communities (Pic: NLRC via IFRC)

By Abu Siddique and Megan Darby in Bonn

Vulnerable nations had been calling for support to address the mounting toll of hurricanes, drought and other global warming-driven phenomena on their people and economies.

Negotiators from rich countries rejected any claim on their public funds, however, agreeing only to an “expert dialogue” on the issue in 2018.

“Our demand was to have the public finance for addressing the loss and damage incurred from climate change, but finally the developed parties did not agree with us,” said Adao Soares Barbosa, a negotiator from least developed countries (LDCs) group.

Another LDC negotiator, seeking anonymity, expressed a sense of failure. “Everything went the way developed countries wished,” they said. “We only can raise our demands but it did not work, ultimately.”

The Fijian presidency of the talks championed insurance as a solution to the “loss and damage” agenda.

It launched the “InsuResilience Global Partnership” on Tuesday, a private sector initiative aiming to extend insurance to 400 million poor people by 2020.

“The Global Partnership is a practical response to the needs of those who suffer loss because of climate change,” said Fiji prime minister Frank Bainimarama. “And I am very proud that it has happened under Fiji’s presidency of COP [climate talks].”

Campaigners gave the initiatives a lukewarm reception, saying much more was needed.

Harjeet Singh, global lead on climate change for Action Aid International, said: “Insurance might turn out to be a piece of the puzzle, but we can’t pretend that it’s a safety net for everyone. Insurance does sometimes help people who are impacted by floods or cyclones. But it won’t be an option for those facing certain losses.”

It remains unclear who will pay the premiums, he added, saying it was not fair for those who did little to cause climate change to shoulder the cost.

Julie-Anne Richards of the Climate Justice Program called on ministers to intervene and strengthen the draft text in the final days of talks.