Sponsored content: At recent meetings at the World Bank and International Monetary Fund, the GEF pushed for more money to be spent in advance of disasters 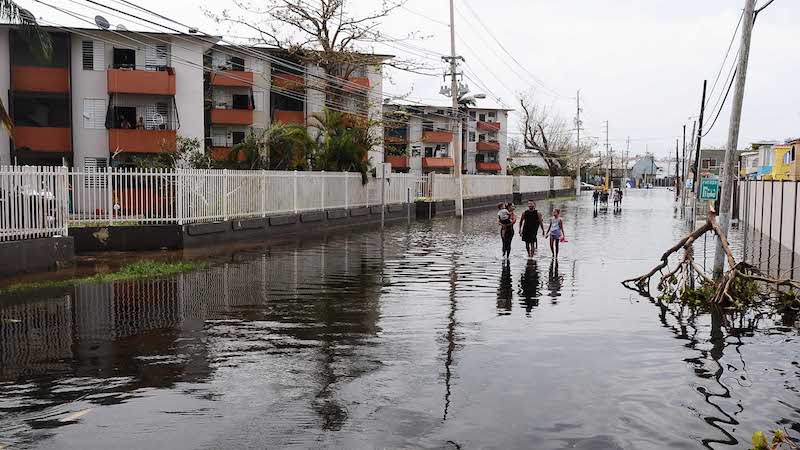 By The Global Environment Facility

In the wake of the recent hurricanes that have devastated islands across the Caribbean, and other incidences of extreme weather around the world, disaster risk financing was on the agenda of the 2017 annual meetings of the World Bank Group (WBG) and the International Monetary Fund (IMF).

A number of sessions looked at the issue in advance of 13 October, designated by the United Nations as the International Day for Disaster Reduction.

On 12 October, Global Environment Facility (GEF) CEO and Chairperson Naoko Ishii, chaired a seminar entitled “Disaster Risk Financing: Options and Solutions for the Caribbean”. The seminar explored policy options for disaster risk financing, considering both the public and private spheres, as well as the operationalization and mainstreaming of financing instruments.

Opening the session, Ishii said: “Comprehensive systems are needed to move plans for financing disaster reduction into policy. Prevention is much less costly than recovery.”

The same day, the IMF hosted another event entitled: “Sovereign Debt in Developing Countries: Rising Vulnerabilities and the Path to Resilience.”

On Friday 13 October, the World Bank held its regular Resilience Dialogue, this year taking an in-depth look at the role that quality infrastructure, including nature based solutions, will play in protecting communities from compounding climate and disaster risk.

Extreme weather events are affecting millions of people around the world, putting populations at risk and damaging crops and coastlines. Record-breaking temperatures are occurring more frequently, rainfall has increased in intensity in some places, and a significant increase in tropical North Atlantic cyclone activity is affecting the Caribbean and Central America. Since 1980, eight countries in the Caribbean have experienced a disaster event with an economic impact above 50 percent of their annual GDP, and in some cases more than once.

The GEF has financed enhanced resilience, adaptation and disaster risk reduction projects for decades, and supports the Sendai Framework for Disaster Risk Reduction, which outlines seven global targets to be achieved by 2030 to reduce global disaster mortality, economic losses and disaster damage to critical infrastructure and disruption of basic services, including health and education facilities, among others.

A recently approved GEF project for Haiti will provide a $6 million grant from the Least Developed Countries Fund (LDCF) with over $20 million in co-financing, to help rebuild resilient productive landscapes in Haiti post Hurricane Matthew. In other vulnerable parts of the world, like Bhutan, a $3.5 million GEF/LDCF investment reduced the risk of floods by lowering the water level of the most potentially dangerous Glacier Lakes manually and mainstreaming disaster risk reduction into development. The project saved lives, properties and millions worth of vital infrastructure, (including hydropower projects) downstream.

The meeting was also attended by the Prime Minister of St. Lucia, Hon. Allen Chastanet.

This content is sponsored by the Global Environment Facility.