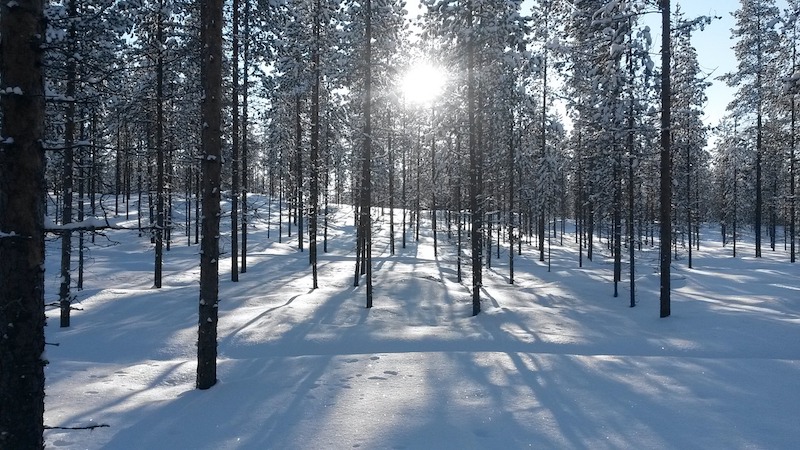 Finland last year announced plans to increase harvesting its forests by 23% between now and 2030 (Photo: Pixabay)

Plans to increase logging in Finnish forests will have dire impacts on the climate; yet the Finnish government is ignoring evidence and denigrating scientists.

Meanwhile, as a critical EU decision looms on how to count emissions from forests, the Finns are frantically lobbying to make them as weak as possible.

Finland is at the heart of a dispute which will have profound implications for EU Member States’ attempts to reduce their carbon emissions.

Over the past two years it has expended vast political capital lobbying the EU to weaken its rules on how members account for emissions from forests and land.

Trees absorb carbon dioxide when they live, and release it when they are dead; and with the world edging ever closer to breaching the Paris Agreement’s pledge to limit global warming to well below two degrees Celsius, forests’ role in cooling the climate has become increasingly important.

A dispute over how EU nations account for emissions from their land and forests’ sectors has been rumbling on in Brussels for the past few years. This month the negotiations are drawing to an end, and a proposal for a compromise is being crafted for the EU Council, which will meet to approve it in the Autumn.

The importance Finland attaches to the outcome is illustrated by its Prime Minister Juha Sipilä personally lobbying Angela Merkel, the German chancellor about it.

So why is Sipilä’s government pursuing a contentious forest policy so vigorously, particularly when domestically it has become increasingly controversial? The reasons are both economic and ideological.

Finland’s economy has historically relied on forests, but in recent years their significance faded.

Now, in the hope of reducing unemployment, generating new investments and reviving a slowing economy, the Finnish government has turned to its forests once again: this time to feed the nascent bioeconomy (which is being driven by international climate policies encouraging countries to switch from burning fossil fuels to renewable energy).

To help achieve this economic salvation, Finland last year announced plans to increase harvesting its forests by 23% between now and 2030.

The Finnish government maintain they should not have to account for the emissions from this increased logging, since Finland’s forests will still absorb more carbon dioxide than they release.

This flies in the face of evidence from renowned experts, including several government commissioned reports, on its harmful impacts on the climate, biodiversity and the future growth of forests.

In March, 68 Finnish environmental, climate and ecological scientists warned their government in a public statement about the adverse consequences of its forest policy. They argued that the increase in wood harvesting decreases the ability of forests to cool the climate and from the atmospheric viewpoint, the impact is similar to actual emissions.

Studies also show that after a new forest grows back, it contains less carbon than if it had not been harvested in the first place. “Finland’s planned increase in the use of wood will not mitigate climate change for decades”, read their statement.

The climate minister Kimmo Tiilikainen disregarded the critics. He offered no contrary evidence about the negative impacts of increased harvesting; and instead defended government policy on the basis that it will create new jobs and economic growth.

The latest smears came in an article in the prime minister’s party’s own magazine, which accuses the scientists criticising government policy of populism. “Enhancing one’s reputation at the government’s expense has become a popular hobby among some scientists,” it stated.

At the end of 2015, the Finnish climate panel, a group of independent scientists appointed by the government, published a review of scientific literature on climate effects of forest use and the development of forest carbon sinks in Finland.

Their main finding was that the loss of carbon sinks in forests is greater than the benefits gained from the use of wood in the short and even medium terms if harvesting levels are increased.

One of the principal writers of the report, Timo Vesala, academy professor from the University of Helsinki, criticised government policy in the newspaper Helsingin Sanomat, saying: “Currently the perception is that the bioeconomy can include everything and that bioenergy is climate neutral. However, using wood for energy or making pulp does not bring climate benefits. The current approach has a taste of greenwashing.”

After this the government did not reappoint him to the Finnish climate panel, despite the University of Helsinki recommending him for the position.

Pressuring scientists for more politically favourable results has also occurred in the Technical Research Centre of Finland. Recently scientists revealed in a journal that many of their colleagues from government institutions who helped draft the letter by the 68 scientists, were ultimately reluctant to sign it because of the pressures they thought they would face.

The politically-charged Finnish dispute is also playing out at EU level. Finland is lobbying for EU land use sector emissions accounting rules which would hide emissions from its increased logging. This is a huge deal as Finland plans to halve the amount of carbon its forests sequester every year.

The result of the Finnish position is spelled out in the impact analysis of the Finnish energy strategy, published by the Prime Ministers’ office, which shows that because its forest sink will be halved, Finland’s net emissions will stay at current levels until 2030. Despite Finnish officials’ claims, that is not short term climate mitigation.

If Finland can get away with this, other countries may be tempted to follow suit – and the price will be paid by us all.

According to calculations by the respected Öko-institute, if other countries in the EU adopt Finland’s position and allow their forest sinks to go to zero, up to 376 megatons of carbon dioxide would go unaccounted for every year.

The climate impact would be equivalent to seven times Finland’s annual emissions, or to put it another way, like having 380 million more cars on the roads.

Polls show that Finns want more effective action on climate change. Sadly, that is not what their government is offering.

But it is not too late. The EU can listen to science and agree to land use accounting rules which honestly and rigorously account for climate impacts.

Hanna Aho is a climate and forests campaigner at Fern.