If US states are really ‘still in’ Paris, here’s what they need to do

Comment: The Paris accord isn’t only about cutting emissions, some states are already finding ways to meet climate finance commitments 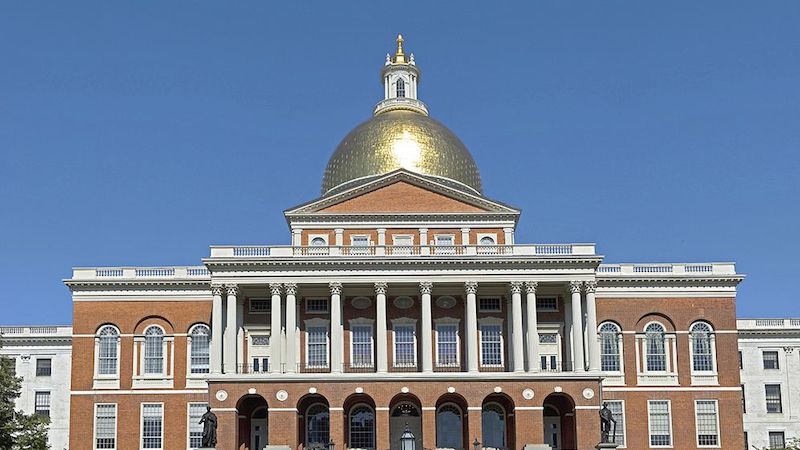 The Massachusetts state house, where the senate is working on a law that will allow taxpayers to voluntarily send funds to developing countries to help with climate change (Photo: Fcb981)

Across the US, just about everywhere outside the White House, there is a growing realisation that climate change is a serious issue that needs to be tackled.

A growing coalition of ‘sub-nationals’ – that is states, cities, corporations, counties, universities, grass-root networks, non-profit organisations, individuals – have come to see the withdrawal from the Paris Agreement by the Trump administration a reckless act of geo-political vandalism. Thousands have signed pledges to stick to the deal struck in 2015.

But the Paris Agreement is not just about emission reductions. It is, as highlighted in a recent Climate Home article, equally about providing financial support to developing countries – especially vulnerable ones – in their fight against climate change and its adverse impacts.

One of the key instruments of the Paris Agreement for this purpose is a number of multilateral funds collectively known as the agreement’s ‘financial mechanism’. These funds serve as a beacon to developing countries that their plight is recognised and appreciated. This helps to reduce the prevailing sense of injustice, which otherwise would scupper all efforts to coordinate the worldwide carbon cuts necessary to address climate change successfully.

With this in mind, the question then is how can these ‘sub-nationals’ contribute to multilateral climate funding under the Paris Agreement?

The most straightforward option, available to all including individuals, is the crowdfunding tool of the multilateral Adaptation Fund, collecting credit card contributions through a web ‘donate’ button.

For more coordinated efforts, US state governments could follow the precedent set by the government of the Canadian Province of Quebec which contributed CA$6 million to the Least Developed Countries Fund (LDCF) at the 2015 Paris climate summit.

Alternatively, states could establish dedicated state-level ‘international climate solidarity funds’ to collect funding for the Paris financial mechanism. One example of these already underway is the ‘Massachusetts UN Least Developed Countries Fund (MLDCF)’, currently under consideration in the Massachusetts state senate. This fund would be replenished through an income tax refund check-off programme and by a range of other public and private sector contributions, for the benefit of the LDCF.

In terms of demonstrating individual state efforts, and also to provide some much-needed funding predictability, the best way forward would be to create such state funds for the collection of donations from individual residents, city networks, corporate actors, as well as local and state governments.

In the case of state governments, this would ideally be though earmarking a small share of some innovative source of revenue – such as carbon taxes or the proceeds from emission trading auctions. For example, a bill currently under consideration in the California State Senate to modify the existing California Cap and Trade Programme envisages the distribution of emission permit auctioning revenue as ‘climate dividends’ to all residents on a per capita basis.

In order to show solidarity with the world’s poorest and most vulnerable communities, California could then, for example, introduce a voluntary climate dividend check-off programme for the benefit of LDCs through the establishment of a California Least Developed Countries Fund, maybe with the additional provision that the climate dividends of the top x per cent of earners are mandatorily checked off in that manner.

Only in the presence of such support for the Paris finance mechanism can state governors truly make the claim: We Are Still In the Paris Agreement.