Comment: A major review of Australian climate policy has been compromised by the malignant politics that has sent Australia to the back of the international pack 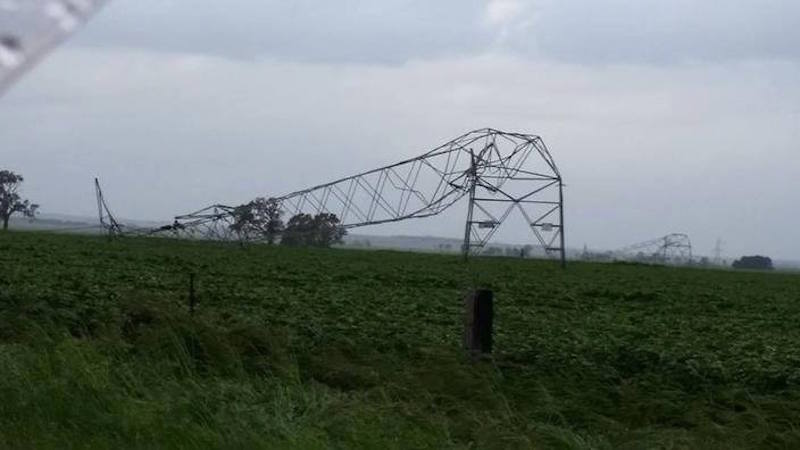 Storm damage to transmission lines in South Australia after a huge storm in 2016 that caused state-wide blackouts and controversy over Australia's energy policy (Photo: Scott Ludlum/Facebook)

Australia has reached another pivotal moment in its fractious and now decade-long political war over climate and energy policy.

Prime minister Malcolm Turnbull is under mounting pressure to find a compromise policy many hope will be a circuit breaker in the country’s prolonged climate wars.

But the Finkel review’s central emissions policy recommendation – a clean energy target (CET) – will do little to lift the country from the back of the international pack on climate policy, according to a leading Australian economist.

Professor John Quiggin, of the University of Queensland, said the review had been compromised because it was “obviously framed with the political environment in mind”.

Climate and energy policy has become a powerful political wedge issue in Australian politics that has claimed the jobs of multiple political leaders.

Finkel’s review chose not to recommend a straightforward carbon tax or a return to an emissions trading scheme (ETS). Quiggin told Climate Home that both options had been deemed too politically sensitive for conservative politicians.

“But everyone understands the only thing that is going to work is a price of some kind,” he said.

The Finkel review, commissioned by Turnbull and state leaders, came after a September 2016 storm caused the entire state of South Australia to lose power. The government controversially blamed the state’s high proportion of renewable energy for the blackouts.

Australia has a suite of ageing coal power plants, the public are frustrated by rising retail power prices and (along with other countries around the globe) it is challenged by the transition to cleaner energy sources.

Finkel’s review proposed a clean energy target for the country’s electricity market, where cleaner power generators would get financial rewards relative to the amount of CO2 emitted per megawatt hour.

While the CET was widely seen as an attempt to find a policy both sides of politics could agree on, the proposal is now mired in more wrangling.

Heavyweights on the right – including deputy prime minister Barnaby Joyce – are now lobbying to have high-efficiency coal plants included in the rewards scheme, a development that would enrage climate advocates.

The Finkel review said the CET policy would help Australia keep to its target of cutting emissions by 26 to 28% by 2030 based on 2005 levels – the same commitment the country made at UN climate talks in Paris.

Quiggin is among many critics who say that target is too low. On climate policy, Australia is consistently ranked among the least progressive of all industrialised countries.

In recent days, Turnbull’s energy and environment minister Josh Frydenberg has been trying to convince the detractors in the Liberal Party to support a CET.

Outside politics, there is wide agreement among business groups that Australia needs policy certainty.

Innes Willox, the chief executive of business representatives the Australian Industry Group, has said the review is “a desperately needed opportunity to overcome the divisions and short-term thinking that have plagued Australia and unite around a plan for affordable, reliable and clean energy”.

Australia’s current climate woes simply continue a decade-long history of division that has delivered much politics, but little policy. Leaders who have stuck their head above the carbon price parapet have tended to have it blown off.

In 2007, Labor leader Kevin Rudd won a general election pledging to adopt a cap-and-trade emissions scheme not dissimilar to a policy sketched out by the government of his opponent, Liberal leader John Howard.

As Liberal leader of the opposition in 2010, Turnbull was offering bi-partisan support to get a Labor version of an ETS passed in parliament.

But Turnbull’s leadership was challenged by climate science denialists within the Liberal Party, who successfully campaigned to have Tony Abbott installed to fight off the ETS plan.

Abbott’s opposition to what he dubbed a “giant new tax on everything” became a hallmark of his leadership. Abbott has called climate change “bullshit”.

Despite Labor prime minister Julia Gillard managing to pass modified emissions trading laws in 2011, Abbott defeated her in 2013, running on a promise to repeal the carbon pricing laws, or “scrap the tax”.

Quiggin resigned from the government’s independent Climate Change Authority in March, frustrated at the “rightwing anti-science activists” in the Liberal Party.

Turnbull’s government has consistently defended the coal industry in recent months, with one senior government minister even holding up a lump of coal during a parliamentary debate.

“This is coal,” said treasurer Scott Morrison. “Don’t be afraid.”

Quiggin believes it is the hard-line coal advocates and climate science “sceptics” on the party’s right that have held back progress over the last ten years.

But energy and climate policy analyst Tristan Edis told Climate Home those “sceptics” are less powerful than they once were.

“The numbers of MPs who will fall into line with Turnbull are now greater than they were in the past,” he said.

Edis said that now, most of the public understands clearly that their power prices have been going up and that any new policy will need to attack that.

“If this [Finkel review] does not drive emissions reductions, then it doesn’t reduce power prices either. It has to induce new investment. But yes, there’s going to be a massive fight over the detail.”

Edis believes Australia’s current predicament can be traced to the 1980s when the country chose to concentrate on industries that could capitalise on the country’s abundance of low cost coal and gas.

“The consensus then among bureaucrats was that Australia was not good at high-value goods, but we had a low cost energy resource with lots of coal and gas and, therefore, we should focus attention on energy intensive industries like aluminium smelting.

“They thought a key advantage was cheap electricity and mining. But it was a misguided job creation strategy.”

Edis said over the last decade, the lobbying and influence of energy intensive industries has held Australia back.

He said coupled with a “profound weakness” of other sectors to argue their positions, this has been the “underlying driver” of Australia’s climate wars.

Even if Turnbull could find a way to introduce the Finkel recommendations, Quiggin believes valuable time has been lost.

“Clearly we are going to be at the back of the pack for a long time,” he said. “That’s already obvious and in some ways unsurprising, given we are the world’s biggest coal exporter.

“The chance of Australia being any kind of leader is long gone. This isn’t science or even economics – it’s the culture wars,” he said.