Acts of God: why secular climate projects fail in the Pacific

Comment: For communities in many poorer countries, including in the Pacific Islands, the most influential messages engage with people’s spiritual beliefs and involve religious leaders 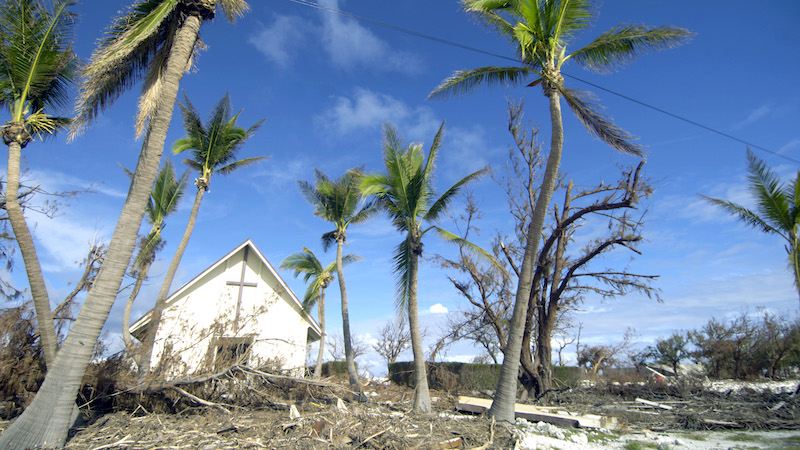 Unless you are cocooned in a tourist bubble, it is hardly possible to miss God when you visit the Pacific Islands.

In every village and on every main street there seems to be a church or temple, packed to bursting point on holy days. It is testament to the considerable influence of spirituality on the way people live in the Pacific.

Yet almost every well-intentioned outside agency – including those of foreign governments such as Australia and the European Union – that seeks to help the region’s people adapt to the effects of future climate change is drawing up its plans in secular ways, and communicates using secular language.

Over some 30 years, most such interventions have failed, proving neither effective nor sustainable. The answer to the question “why” may in part lie in the sidelining of God.

At this point, conversations with representatives of donor organisations often become awkward. Why, they ask, should spirituality have any role in a problem like climate-change adaptation or disaster risk management, which is so clearly framed in human, secular terms?

The answer lies in who does the framing. Far fewer people in most donor programs are spiritually engaged than in the Pacific.

A recent survey of 1,226 students at the highly-regarded University of the South Pacific found that more than 80% attended church at least weekly, 35% of them more often than that. Bear in mind that this is a sample of the region’s educated urban elite – its future leaders.

Among the wider population, churchgoing seems to be almost universal. For example, Fiji’s 2007 census and Tonga’s 2011 census both showed that less than 1% of the population stated they had no religion. That’s much lower than in donor countries like Australia, Europe and the United States, where at most around 40% of people are habitual churchgoers.

Besides being spiritually engaged, the student survey revealed significantly higher “connectedness to nature” among educated Pacific Islanders than among people in richer countries, as well as deep concerns about climate change and what it might mean for their future and that of their descendants.

The survey revealed widespread pessimism that not enough was being done about climate change in the Pacific. Yet within the responses were two interesting points. The first was “spatial optimism bias”, a widely expressed belief that familiar environments were in a better condition than less familiar ones. The other was a “psychological distancing” of environmental risk – the belief, often spiritually-based, that other places were more vulnerable than places to which the respondent had ties.

Earlier this year, I attended Sunday church in a village in Fiji where I was conducting research. The village had escaped the fury of Severe Tropical Cyclone Winston the year before, despite being only 50km from the storm’s centre. The preacher told his congregation that it was their relationship with God that had saved them – because they were pious they had been spared the cyclone’s wrath. 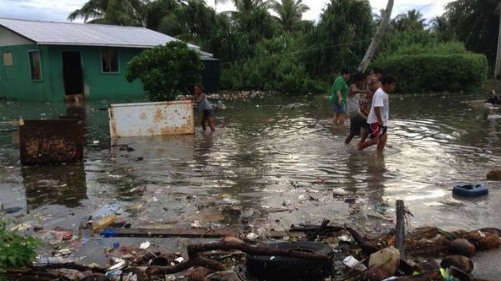 It is easy to ridicule these views, but it would be a mistake to ignore them, given their prevalence among the communities that foreign agencies are trying to help.

My research suggests that one reason for the failure of external interventions for climate-change adaptation in Pacific Island communities is the wholly secular nature of their messages. Among spiritually engaged communities, these secular messages can be met with indifference or even hostility if they clash with the community’s spiritual agenda.

There are examples from all around the world. In the colonial history of Africa, the spiritual value of land was dismissed by colonisers who saw it solely in economic terms. More recently, the Dakota Access Pipeline has become a political flashpoint, pursued by the US government in the name of economic development, but resisted by Native Americans because of the sacredness of the land.

In April 2009, the Pacific Conference of Churches (PCC) issued the Moana Declaration that presciently accepted that climate change and sea-level rise would force people from vulnerable coastal locations to less vulnerable areas elsewhere.

But more needs to be done. My ongoing research, including projects with the PCC and the Asia-Pacific Network for Global Change Research, suggests that this lack of effective engagement with the religious community is still a key failing.

Church leaders can heavily influence practical discussions at every level of the community. That makes them an important potential target for agencies aiming to make a real difference in how Pacific Islanders cope with climate change.

Patrick Nunn is professor of geography at the Australian Centre for Pacific Islands Research and Sustainability Research Centre, University of the Sunshine Coast. This article was originally published on the Conversation.