Comment: With strong sales and positive coverage in the rightwing press, the prince’s children’s book has found a way to speak across the divided politics of climate change 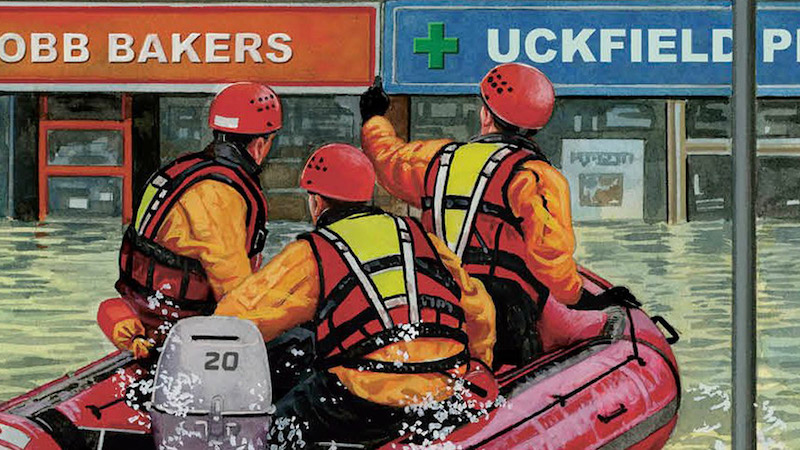 Shooting straight to the top of the Sunday Times bestseller list upon release last month, Climate Change: A Ladybird Expert Book’s appeal had much to do with the profile and status of one of its authors: HRH Prince of Wales.

Such is the nervousness that still surrounds the topic of climate change – especially if a member of the royal family is to be formally associated with it – the title was extensively peer-reviewed by members of the Royal Meteorological Society to certify its accuracy (and Charles’ co-authors Emily Shuckburgh and Tony Juniper are both internationally renowned experts themselves).

The book could easily have fallen foul of the often poisonous political wrangling over climate policies in royalist media such as the Daily Mail or Express, if the tone was not carefully chosen.

As a social scientist whose work has focused on communicating climate change, the authors invited me to comment on an early draft, because they wanted to reach a broad audience. I gave the same advice to the prince’s co-authors as I would anyone else, based on the growing body of research on public engagement with climate change: whichever audience you’re hoping to engage with on climate change, it makes sense to try and connect with everyday experiences rather than abstract data and projections.

Focusing on tangible consequences of climate impacts (such as health risks from extreme weather), or concrete benefits of climate policies (health gains from preventative measures to keep climate risks at bay) is likely to generate more engagement from people who don’t live and breathe climate change in the way that scientists or campaigners do.

Repeatedly, our research at Climate Outreach has pointed to the importance of authenticity in campaign messaging: although climate change really does pose catastrophic risks, screaming about climate catastrophe is not necessarily a good strategy if the people on the receiving end don’t see the same risks. Although in many ways undeserved, there are also lots of negative stereotypes around ‘typical’ climate activists, and the ‘doom and gloom’ that characterised many early climate campaigns.

The Ladybird book has a sense of urgency, but in no way does it feel overcooked (as some environmentalist writing can). It is written in a direct, functional – perhaps even unadventurous – style. But the absence of polemicism and grandstanding is likely to have been a good thing for the audience the book was aimed at.

So who were the target audience for the Ladybird book? Judging by the media coverage, the royalist/centre-right press took a significant interest. From the Telegraph to Mail on Sunday, there was sensible coverage, including an article in The Sun that discussed the book in the context of recent flooding events in the UK. There were a few obligatory snide comments about the prince’s penchant for expressing his political opinions, but broadly speaking the press coverage was positive. So the authors clearly got the tone – and the visual narrative – about right in this respect.

It is questionable whether illustrations are better than real photographs for conveying that authentic sense that ‘this is happening’. But the front cover depicted a scene that is recognisable to anyone who has lived in or passed through a British market-town. Images of climate change ‘happening’ to recognisable people and places is worth a hundred graphs or gifs.

One book won’t catapult climate change out of the green margins and into the middle-England mainstream. But with 6500 copies sold (and counting), this is a book on climate change that might just reach the elusive ‘unusual suspects’.

Presenting the story of climate change – the science, the consequences and most importantly our options for responding to it – in a way that doesn’t ruffle the feathers of the notoriously sceptical right-leaning UK press is certainly a major step in the right direction.