UK to use carbon cuts as Brexit bargaining chip – envoy

The UK may use its faster than average emissions cuts for leverage in negotiations to leave the EU, according to a foreign office climate envoy.

Under domestic legislation, Britain is set to slash greenhouse gases 57% from 1990 levels by 2030, going deeper than the bloc-wide target of “at least” 40%. That gives poorer member states space for some carbon-fuelled growth.

The Brexit department is considering this as a bargaining chip to gain other advantages as it thrashes out a different relationship with the country’s 27 neighbours, the UK’s permanent special representative for climate change David King told Climate Home.

“Britain’s position on Europe has been the strongest of all,” he said, citing its advocacy for the carbon market and more ambitious emissions targets. “In order to do that, we had to work with Poland in particular, which is as you know a coal-based economy… we can effectively carry Poland.” 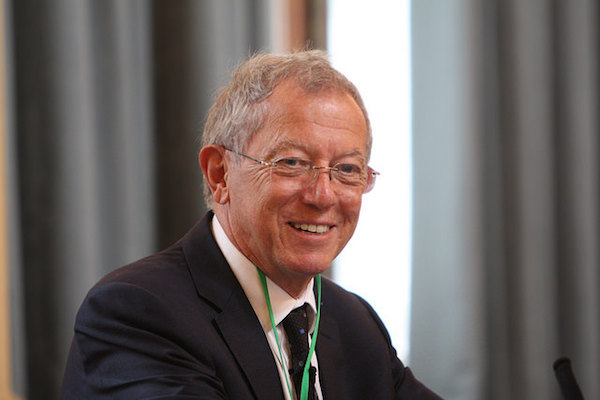 Assuming the UK quits the EU before 2030, the question will be whether its contribution continues to count towards the overall target.

“That hasn’t been decided, but you can imagine the Brexit department has been taking that on board in its discussions with Europe,” said King. “We would like to offer that.”

In return for averting the need to re-open climate negotiations between the EU27, the UK could ask for concessions elsewhere.

Others involved in EU climate policy expect the UK to make a clean break, however.

“Were the UK to be part of a system over which it could have no influence, I think that would be very difficult,” he said in a webcast reported by Reuters.

Prime minister Theresa May declared in a key speech last month she did not want “anything that leaves us half-in, half-out”, adding: “We do not seek to hold on to bits of membership as we leave.”

She was not explicit about what this would mean for cooperation on climate change and energy, which is not seen as a first-tier issue.

“If the UK pulled out of the European emissions bubble, it would be inconvenient for Europe but it also would not be good for the UK,” Nick Mabey, chief executive of think-tank E3G, told Climate Home. “The UK needs access to the European energy market more than the EU needs them in it.”

Touting Britain’s leadership on emissions cuts could help with striking a deal on energy but was unlikely to be traded against wider objectives, he added.

The prospect of unpicking Britain from the EU climate framework comes as policymakers and politicians seek to pin down detailed policies for next decade.

EU lawmakers are due to vote Wednesday on reforms to the ETS, which covers power plants and heavy industry responsible for about 45% of emissions.

The proposals on the table would boost the carbon price slightly, but not enough to satisfy green groups. They are anticipating attempts to water down the package, which could see it sent back to the environment committee for a re-think.