On a weekend rural communities suffered dangerous weather events, the government doubled down on coal 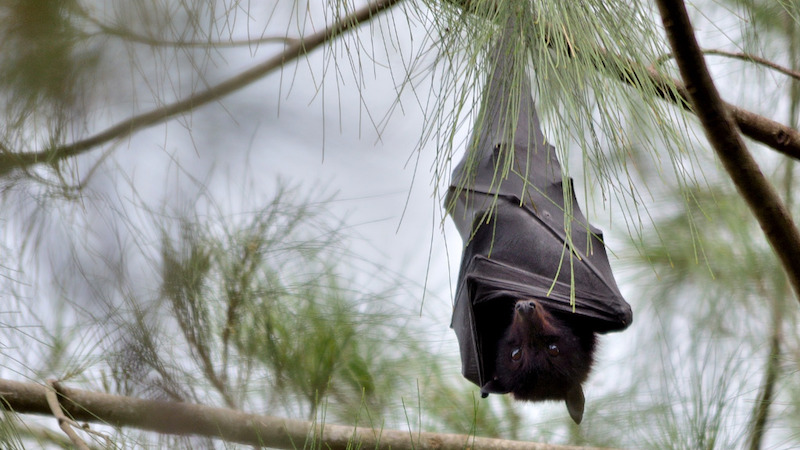 Flying foxes roost in trees during the day. On Monday, 700 were found dead after a heatwave struck the Australian state of New South Wales (Photo: James Niland)

Tragedy in tiny Uarbry, as residents on Monday found the New South Wales hamlet had been all but totally destroyed by bushfires that continue to burn across Australia’s most populous state.

In Western Australia floods have cut off towns and destroyed crops. It has been a devastating weekend in which Australians – especially in rural communities – were reminded just how vulnerable they are to the type of extreme weather predicted to increase under climate change.

In January, 90% of rural Australians said they felt they were already living through the effects of climate change. Meanwhile, the government has been exposed for treating climate policy as a tool of political convenience, rather than a serious threat to these communities.

On Monday, the Sydney Morning Herald reported that prime minister Malcolm Turnbull blamed renewable energy for blackouts during 2016 in South Australia. But documents revealed he had ignored advice from his department saying there was no evidence for that conclusion.

Turnbull’s response was to release a statement that attacked state-based renewable energy targets, saying: “The result of unrealistic state-based targets has been huge power bills for families and businesses and unreliable supply”.

This follows one of the more extraordinary episodes in Australia’s tortured climate politics. Last week government MP Scott Morrison stood in parliament and waved a cantaloupe-sized lump of coal at the opposition saying “don’t be afraid, don’t be scared, it won’t hurt ya”. It was, he said, a demonstration against the opposition’s “ideological, pathological fear of coal”.

In its baldness and tenor, the stunt was reminiscent of US senator Jim Inhofe bringing a snowball into Congress in order to pour scorn on the idea of climate change. The difference is that at the time, early-2015, Inhofe was considered a far-right crank (admittedly the complexion of the US has changed since); Morrison is Australia’s treasurer.

Sitting passively beside the dispatch box where his chief economic lieutenant made this speech was Turnbull. The prime minister completed his transformation from renegade climate hawk to pro-coal prime minister when he started February by touting clean coal technology.

“Coal is by far the most expensive fuel for generating electricity, full stop – if the cost of dealing with climate change is taken into account,” he wrote in the Australian Business Review. He called Turnbull’s political capitulation “pathetic” and Morrison’s coal stunt the “nadir of absurdity”.

“Go to Canberra and there’s the mining institute across from parliament,” says Brown, referring to the Minerals Council headquarters that couldn’t be closer to Capitol Hill unless it were on it. “The old has all the advantage over the new and will struggle in every way it can to hold back the new.”

Turnbull, he said, had chosen the “inside run” over statesmanship when he refused to take on pro-coal interests within his own party, instead allowing the right wing of the government to dictate policy to him. 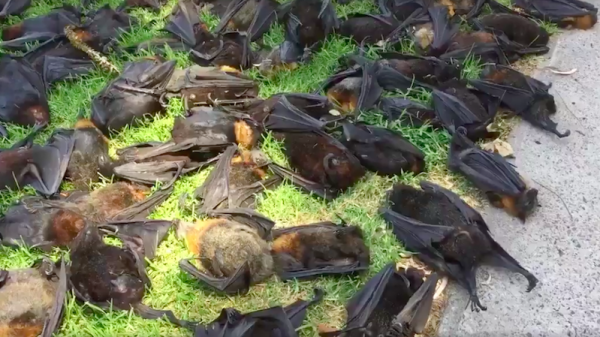 Flying foxes – a type of fruit bat – found dead in the NSW town of Singleton after a heatwave pushed temperatures to 47C this weekend (Source: Wildlife Aid Inc)

Nature will continue to provide the most telling responses to Australia’s political failures. The eastern states have been the hottest place on the planet for the past few days. Amid news of the colossal human toll of the weekend’s extreme weather, a video released by a wildlife group showed a pile of flying foxes – marsupial fruit bats – dead on the ground after dropping from the trees in Singleton, NSW. Reports said more than 700 had died as the colony succumbed en masse to temperatures of up to 47C.

Flying foxes are quintessentially Australian creatures – like the humans who live in villages like Uarbry, they are tough and adapted to the continent’s sometimes violent heat. But this was simply too much.