Memo to Donald: green growth is the deal of the century

Comment: Mitigating and adapting to climate change globally represents an incredible investment opportunity – Trump should get with the programme 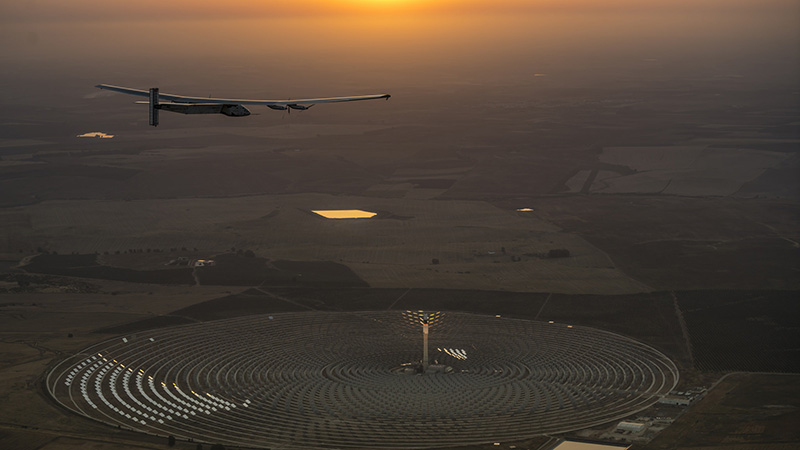 January 20, 2017 marked the beginning of a new era in global climate leadership. Against all odds – Donald Trump was sworn in as the 45th President of the United States.

As the World Economic Forum convened in Davos, many were asking what should be expected from the incoming president Trump and his team have focused on the costs of U.S. involvement in mitigation and adaption activities: how much is spent, where the money’s going, and what’s the opportunity cost for American infrastructure.

Even with the Obama administration’s last-minute transfer of $500 million (USD) to the Green Climate Fund (GCF), Trump may still back out of the remaining $2 billion not yet disbursed, as well as slash billions more in U.S. federal government spending on climate-related programs. Trump cannot cancel the Paris Agreement; but he can slow things down by withdrawal or by bogging down progress.

It’s disheartening that the U.S. would abruptly change course just as leaders in business, government, and civil society have (finally) come to appreciate that climate change is an urgent threat to global prosperity. The world will continue moving forward with or without Trump. But the task becomes that much harder and the chance of success that much lower.

But it doesn’t have to be this way. At the Global Green Growth Institute (GGGI), we think about climate change in terms of opportunities: for sustainable and inclusive economic growth that creates climate -resilient infrastructure, poverty alleviation, and improved health outcomes for developing and emerging countries.

From a green growth perspective, mitigating and adapting to climate change globally represents an incredible investment opportunity. Green growth is the deal of the century. It’s curious that the supposed Dealmaker in Chief doesn’t recognize this.

The quintessence of Trump’s message is that he’s going to get America winning again. Well, there is no greater competition today than the race to finance the roughly $3-4 trillion in annual infrastructure investment projected in emerging markets, at least one fifth of which would be direct investment in climate change mitigation and adaptation projects.

The amount of current investment will need to increase two- or even threefold if we are to bridge the climate financing gap, estimated at $2.5-4.8 trillion between 2016 and 2030.

Clearly, demand for investment is there. So, too, are the green growth technologies that will generate healthy returns for investors. Innovations in science, manufacturing, business, and public policy – many coming out of the U.S. and supported by public investment – have enabled the drastic reduction in solar PV and battery storage costs, which will only get cheaper.

In short, the world has reached a tipping point for renewable energy to compete with fossil fuels without subsidies, albeit with less fanfare than the latest Trump Twitter war. Not only has solar reached grid parity with coal in most places in the world, but solar is rapidly becoming cheaper than the cost of transmission.

This, along with the cost of batteries reducing by 14% per annum, will very shortly question the necessity for a grid at all.  It is now fossil fuels – currently receiving more than two times as many subsidies as renewables in the US– that will increasingly depend on government support in order to remain competitive.

For those building long term investment sensitivity models, the regulatory risk associated with fossil fueled projects will become an increasingly unpredictable variable, while the opposite is true for the renewable alternatives.

The need for subsidies and supporting regulatory environments within fossil fueled investments will only increase. The long-standing issue with intermittent renewable power generation has been around storage.

Should storage prices drop low enough, however, then grid instability worries are removed, and new areas, such as transportation, are opened up. Electric vehicles become a reality. Dyson announced in 2016 that it will invest $1.4bn in battery technology over the next five years.

Tesla recorded the highest single-day sales for a product with 180,000 Model 3s ordered on the first day of launch. Some believe this is the start of a market disruption, with the vast majority of road transportation being electrically powered by 2025.

The U.S. is currently in the renewables race, but lagging behind. If Trump wants America to “win,” there are three things he can do. The first is to do no harm – essentially, to avoid backsliding on any of the international commitments multilateral climate initiatives or domestic climate policies already in place.

Secondly, he can get out of the way. Remove the tax subsidies if he must from the solar industry in the US – but then do the same to the oil and coal industries; leaving a level playing field for the energies to compete.

Lastly, support and increase public investment in green growth projects in developing countries. Public capital is critical for accelerating private investment in emerging markets. The knock on effect of this will accelerate growth – and consumer demand – in these countries, thereby creating the consumers of tomorrow for U.S. goods and services.

For a President looking to get America winning again, the path to me seems clear: Level the playing field for energy infrastructure investments at home in the U.S., and build the customers of tomorrow in emerging markets by delivering on America’s commitments to the Paris Agreement.

Leaders of the world’s largest companies realize the opportunity; we can only hope the Dealmaker-in-Chief does too.