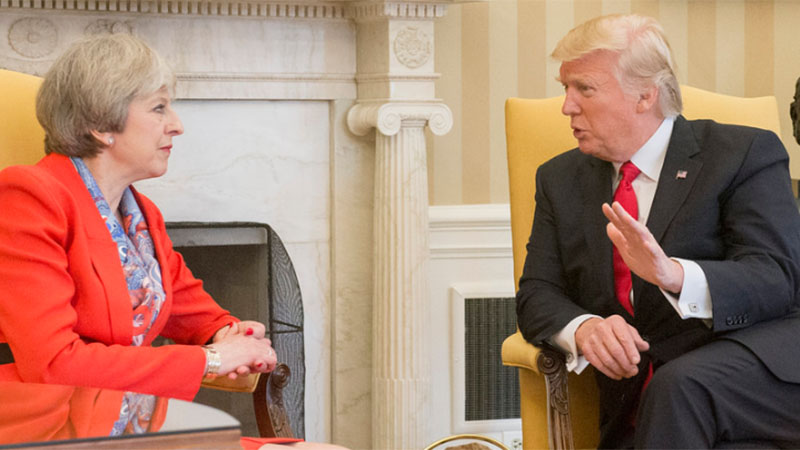 Anyone who has a vague understanding of what Donald Trump might say or do next is currently a minor celebrity, drawing crowds where once they struggled to fill a phone box.

So it proved with Myron Ebell, director of environment at the Competitive Enterprise Institute (CEI), a libertarian Washington DC think tank, who spoke in London on Monday.

Ebell never met Trump. But he headed Trump’s environmental transition team in 2016, formulating a plan for how the new president should tackle pollution and climate change.

He quit his post on 20 January when the president-elect finally took over the White House, having left what he says was a “confidential” set of proposals for office.

Ebell would not discuss what was in his submission, though he strongly hinted at a wide-ranging cull of green policies and regulations he described as a “threat to freedom”.

A US withdrawal from the UN’s Paris Agreement was imminent, he suggested. Trump’s chief strategist Steve Bannon would see to that, he added.

So it this a case of wait and see, smoke and mirrors? Not quite.

In early December the CEI published what it called a “Pro-growth agenda for the 155th Congress”, which included a detailed set of policy proposals penned by Myron Ebell.

His 26-page thesis offers an insight into his thinking, and that of his transition team, and from the start the disdain for renewables and climate science is clear

First on the wishlist is axing the Paris deal.

“The Paris Climate Agreement endangers America’s economic future and capacity for self-government. However, based on nothing other than President Obama’s claim that the agreement is nonbinding, unenforceable, and, therefore, not a treaty, many lawmakers do not see how it would suppress domestic energy production or extort billions of taxpayer dollars in ‘green’ foreign aid.”

Ebell and the CEI recommend Trump clarify the PA is a treaty, insist it should be subject to a vote in Congress and submit it to the Senate, where it is unlikely to secure the required 66 votes.

They warn the PA’s reporting commitments are legally binding and would leave the US open to a “multi-decade global political pressure campaign” from over 190 countries.

“In addition, the agreement will pressure Congress to pay developing countries billions of dollars annually in ‘climate finance’ for renewable energy projects.”

Second is a call to “defund” the UN’s climate body (UNFCCC), which receives around US$4 million a year from the US government.

The CEI sees this as simple: under US law the government should not fund UN agencies which grant Palestine full membership as a state, which the UNFCCC did in 2015.

Barack Obama’s administration got round this by arguing the UNFCCC – which stands for UN Framework Convention on Climate Change – is a treaty not a UN agency.

The CEI disagrees, citing its staffing levels and the fact it hosts conferences every year.

“Just as Congress cut off funds to the United Nations Educational, Scientific and Cultural Organization (UNESCO) when the ‘State of Palestine’ joined that organization in 2011, so now it should terminate funding for the UNFCCC and its related bodies, such as the Green Climate Fund.”

“In a nutshell, the CPP sets a carbon dioxide (CO2 ) emission standard for existing coal power plants that no new coal power plant can meet and then gives owners and operators the ‘choice’ to comply by reducing the output of coal power plants, shutting them down entirely, or ‘investing’ in new renewable generation.”

Rejecting the climate science that forms the foundation of the CPP and calculations on how cutting emissions will benefit the US public, the CEI recommends Trump declare it unlawful.

Fourth, the US should amend the Clean Air Act – which was used by lawmakers to regulate CO2 – to ensure it can no longer do so.

“Congress should curb the EPA’s overreach by clarifying that it has no power under the CAA to make climate policy.”

“The Clean Air Act gives the EPA no authority to kill the future of coal-based power. Yet under the New Source Performance Standards (NSPS) rule, if utilities want to build coal power plants they can, but doing so will bankrupt them. The rule sets a performance standard of 1,400 pounds of carbon dioxide per megawatt hour (1,400 lbs. CO2 /MWh) for new coal power plants. Since today’s state-of-the-art coal plants emit 1,800 pounds of CO2 per megawatt hour, the rule is a de facto ban on the construction of new coal plants.”

Sixth, Trump and Congress should oppose all carbon taxes (Note: incoming US secretary of state Rex Tillerson is a fan of a revenue neutral carbon tax).

According to the CEI, a CO2 tax is “market rigging policy” and amounts to “picking winners”.

“The function of a carbon tax is identical to that of cap and trade: to pick energy market winners and losers. As President Obama put it, the point of pricing carbon is to ‘finally make renewable energy the profitable kind of energy in America’.”

The CEI adds the impact of such a tax would lead to the loss of 600,000 coal jobs and lead to a decline in GDP of $2.3 trillion by 2038, although it does not consider how many jobs would be created in lower carbon sectors.

“The power to tax is the power to destroy. Congress should not give the federal government another weapon for bankrupting industries that provide affordable, reliable energy to the people and economy of the United States.”

Seventh, Trump should scrap US calculations of what the “social cost of carbon” could be.

This sounds wonky but it’s important: the SCC is effectively an estimate of the likely damages the release of a tonne of CO2 into the atmosphere will cause.

The US Environmental Protection Agency (EPA) judges this to be around $36 a tonne – significantly higher than market carbon prices but a lot lower than a 2015 estimate of $220.

These sums underpin US climate policy, but are roundly rejected by the CEI, which says climate science is flawed and argued the EPA’s damage projections are “made-up”.

“However, recent developments in climate science—including the growing divergence between models and observations and numerous studies indicating that the vast majority of climate models are skewed toward greater warming—indicate that the state of the climate is better than feared, not worse than predicted.”

It’s not clear what these recent developments are – Richard Betts, Met Office head of climate impacts research told Climate Home that recorded data is still within the ranges of projections compiled by the UN’s climate science panel.

“Even if all integrated assessment model inputs were correct, SCC estimation would still be one-sided and misleading, because it disregards the social costs of carbon mitigation policies.”

This is something of a misrepresentation. The SCC is typically used as part of a wider cost-benefit analysis.

“Freeze the renewable fuel standard’s blending targets below the ‘blend wall’ – the quantity of ethanol that can be sold domestically given the incompatibility of mid- and high-ethanol blends with the vast majority of vehicles and infrastructure, and anaemic consumer demand for such blends because of their inferior fuel economy.”

Ninth (this is the last one), the CEI says all scientific agencies must meet rigorous standards that they currently do not abide by, urging for new “weight of evidence” tests.

It also urges government to plump for “the least burdensome regulation when selecting regulatory measures” and asks for “all data and research used to justify regulations to be publicly available in order to promote transparency”.