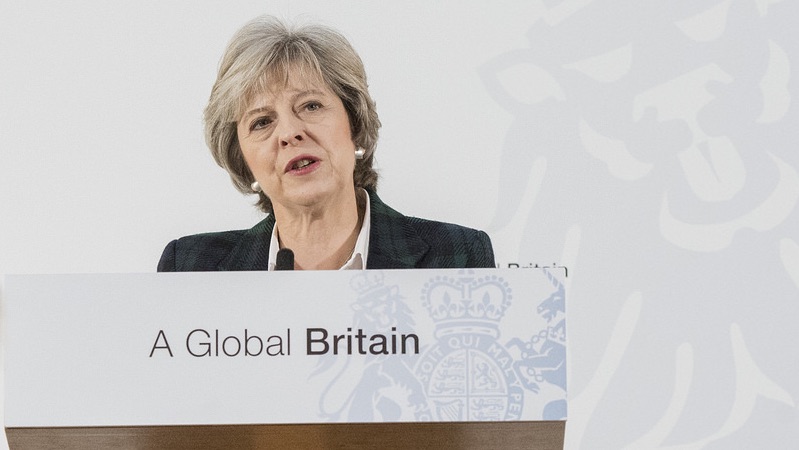 British lawmakers will write to Theresa May this week ahead of the prime minister’s meeting with Donald Trump, urging her to tackle the president’s climate denial.

May flies to Washington DC on Friday to meet a man who has wasted little time in trying to erase US climate policies, gag climate scientists and boost domestic oil production.

Climate Home understands a letter coordinated by Labour MP Mary Creagh, who chairs the influential Environmental Audit Committee, will be sent to Downing Street on Thursday and published on Friday.

One of those supporting the missive, SNP MP John McNally, told Climate Home that May should underline the “global threat” posed by rising temperatures. “There is no place for denial,” he said.

The office of Green Party MP and fellow EAC member Caroline Lucas said she would be sending a separate communique to Number 10, urging May to seek assurances the US will not abandon the UN’s Paris agreement.

During the presidential campaign Trump said he would “cancel” the deal, which was signed off by 195 countries and came into force last year.

“Theresa May has a duty to make a stand – and to demand assurances from President Trump that he will not abandon the Paris climate change agreement,” said Lucas.

“Failing to bring up climate change with President Trump would be a dereliction of duty from Theresa May, and we urge her to put this global challenge at the top of her agenda for their meeting.”

Asked by former Labour leader Ed Miliband during Wednesday’s Prime Minister’s Questions if she would raise the issue with Trump, May replied she hopes “all parties” will respect the pact.

Last year was the hottest on record according to data from the World Meterological Organisation (WMO), registering at 1.1C above pre industrial levels.

Nick Mabey, director of the London-based E3G think tank and a former advisor to the Blair government in the 2000s said a clear UK message on climate was vital to protect global efforts.

“Trump is a dealmaker and he wants to know how much we care, he’s watching how the world responds to what he’s doing,” said Mabey.

“We are a close ally and this will help them work out how to play the G7. If they think the UK is going soft they would be emboldened.

“Blair emphasised the security links of climate change with Bush, and that administration was far more aggressive towards multilateralism… if we can work with Bush we can deal with Trump.”