Your views: climate hope in the Trump era

Email subscribers are keeping up the positive vibes with a focus on state and community-level efforts, while staying connected 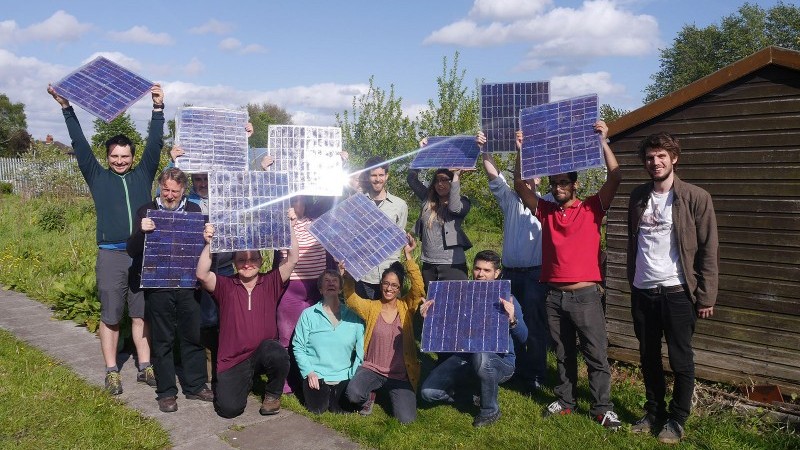 As Washington prepares to inaugurate Donald J Trump as president on Friday, these are uncertain times for the climate.

When the leader of the free world surrounds himself with oil men and appears ambivalent at best about greening the US economy, what gives you hope?

We asked email subscribers. Your answers suggest a response rooted in local action, while staying connected to like-minded people.

Julia Christian takes heart from a state that is going beyond federal targets. “California’s climate policy (biggest economy in the US, biggest population, and responsible for much of its energy consumption) make me feel less depressed! Energy policy is mostly done at the state level anyway, and California has been & will continue to be at the forefront of renewable energy transition in the US,” she writes.

Jürg Staudenmann isn’t a fan of Trump’s politics, but sees a silver lining in his protectionist stance: “If indeed (who knows) he will close borders and thus weakens US-global trade relations, less shipping and flying around of resources, half-goods and products may result in less carbon emissions from the globalized transport sector.

“Weren’t we as climate activists always against unnecessary ‘globalization’, i.e. that the various steps in manufacturing for one product are more and more scattered around the globe due to low-wage and other ‘economic reasons’? I put this in quotation marks, since a true economic approach would count in external costs as well, but they are usually not internalised in global trade-deals, as we all know.”

“Trump and Brexit are good reminders that we shouldn’t only rely on governments too much to solve climate change because governments change. As the economics of low carbon solutions improve and the externalities become more obvious, these projects will make sense to do in their own right.”

Kerry Willis points to a handbook by the Australian Psychological Society for taking care of your sanity amid warnings of a warming world. Advice includes breaking the silence around climate change and reaching out to people based on shared values.

Carolin Schellhorn echoes that with a short and sweet comment: “Continue reading your messages. Staying connected with others who try to make progress with addressing the climate challenge.”

What do you think? Is localism the way forward, or should climate advocates defend globalisation? How do you stay positive and take action? Add your comments below the line, on Facebook or twitter.