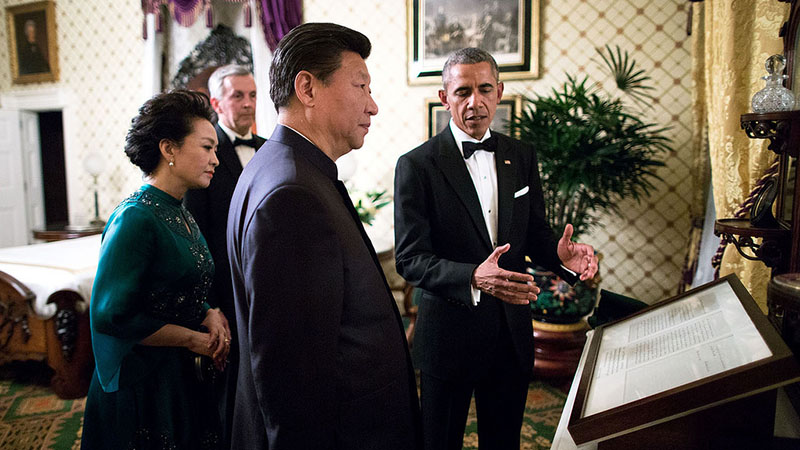 As Barack Obama bids farewell to the White House, we asked what you thought of his record when it comes to climate change.

A round 100 of you responded to a short survey and others got in touch by email. You were overwhelmingly positive about his impact, particularly on the world stage.

Look out for our three part analysis of Obama’s climate legacy next week. 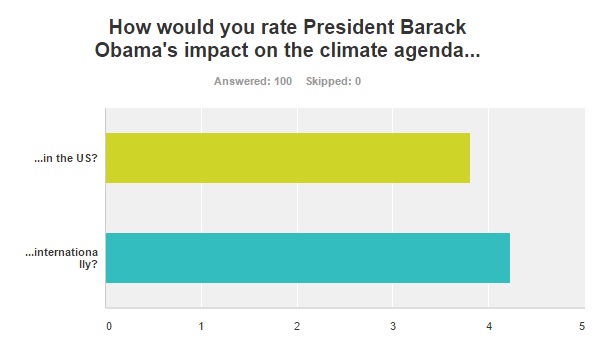 On his most significant legacy, the relationship with China loomed large, as you can see from this word cloud. 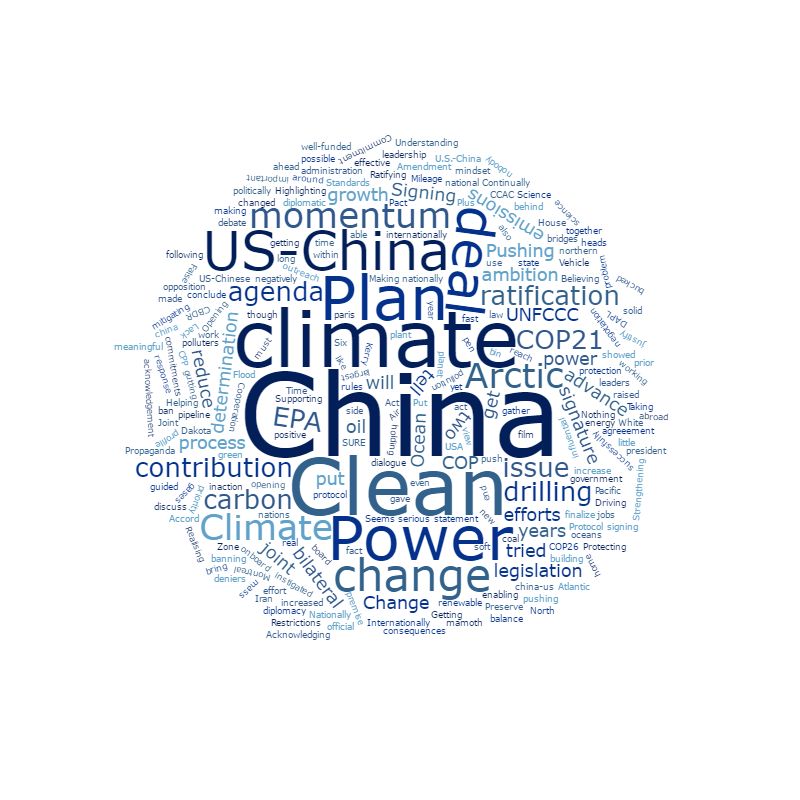 We asked: What is President Obama’s most significant legacy when it comes to climate change? Your answers as a word cloud

“Driving the momentum behind the Paris agreement by building bridges with China,” was a typical response. “Continually pushing the ‘green growth’ and jobs agenda to justify climate legislation,” said another.

Restrictions on coal power and Arctic oil drilling were also up there, as was the 2016 deal to phase down potent warming HFC gases.

Asked about the biggest missed opportunity of Obama’s 8-year tenure, you had a wide range of views.

Many lamented his failure to drive through a carbon tax or market. Related to that were complaints he left everything to the second term, squandered an early Democrat House majority and did not muster any Republican support.

Readers variously disagreed with his support for shale gas, bioethanol and nuclear energy. If you’ve got a view on Obama’s climate impact – tweet us @ClimateHome or leave a message below the line.

“The growth of fracking in the US was not great, but failure to have a legally binding Paris Agreement probably [was his biggest missed opportunity]. Not really Obama’s fault due to the Republican control of congress, but it fell under his presidency nonetheless. He paid more lip service to the issue than any president before, but during his two terms the only significant change in climate happened to the planet and not the US political dialogue. He could have empowered states and businesses more, because there is still doubt on political will to act” – survey respondent

“In 2009 there was the opportunity to split the joint bill on carbon pricing and renewable energy. I believe if these bills were split, at least federal support for renewable energy would have gone forward. Keeping those two priorities into one bill (due to environmental lobby group pressures) meant that both measures failed/stalled” – survey respondent