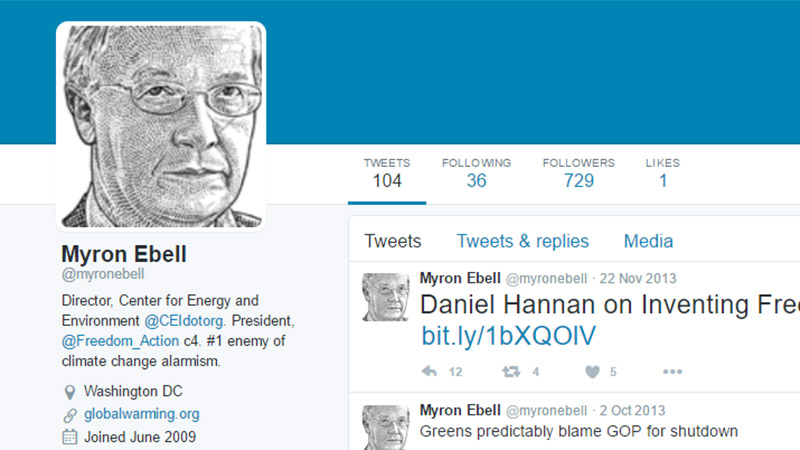 The man Donald Trump turned to for advice on energy when he won the US election was Myron Ebell, whose twitter profile says he’s #1 enemy of “climate change alarmism”.

Head of energy and environment at the Competitive Enterprise Institute, a centre-right think tank, Ebell has long railed against climate science and policies to cut emissions.

Just over a week after Trump’s inauguration, his climate confidante will be in Brussels, addressing fellow conservatives at the Blue-Green summit.

The event will the discuss the “power of market competition to inspire clean and efficient innovation” says its website, with carbon trading and natural capital schemes listed as talking points.

“Environmentalis, and the world we live in are altogether too important to be left to the left,” said Hannan in a video message to promote the event.

Lord Barker of Battle, UK climate minister from 2010-2014 and prime minister Cameron’s climate envoy from 2014-2015, is also listed a participant.