Low-carbon measures could increase urban poverty if a clean transition is not carefully managed, research from IIED suggests 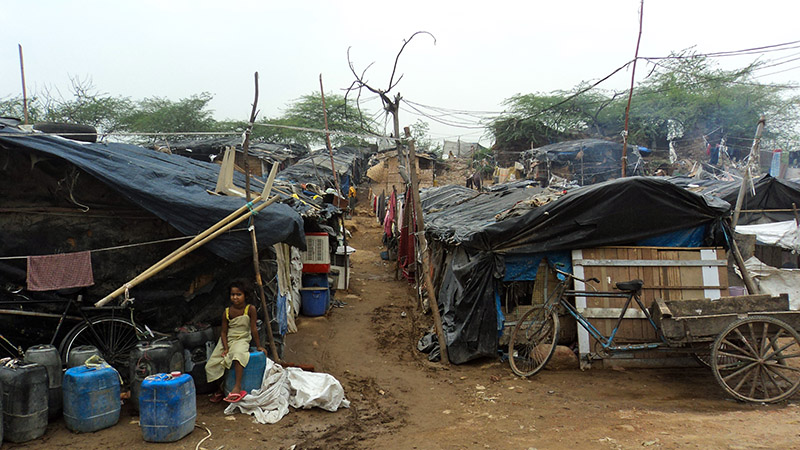 A 2010 study by WIEGO estimated there are 1.5 million waste pickers in India (The Advocacy Project/Flickr)

There are over 25 million waste pickers in India.

They face serious discrimination and severe health impacts as a result of their work. Yet they provide a valuable social service.

Their efforts reduce the amount of waste in the streets, which lessens the health risks that other city dwellers face. Waste picking is also an effective form of recycling, allowing the urban poor to recover and re-use products that wealthier people have thrown away.

Yet when local governments design low-carbon strategies, they rarely recognise the important role that waste pickers can play. Too often, they focus on technological fixes such as incineration or landfill gas utilisation.

These measures can help to reduce emissions, but they are only part of the solution. If they are going to reduce poverty and vulnerability to climate change, city governments need to work closely with low-income communities.

It is well-established that cities in the Global South are producing increasing quantities of greenhouse gases. Kolkata in India, for example, is expected to see its annual emissions grow by 54% over the next ten years.

However, new research published in Environment and Urbanization shows that these cities have significant opportunities to reduce their emissions. Many of these opportunities are economically attractive.

For instance, Kolkata could reduce its emissions by 20.7% over the next ten years, compared to ‘business as usual’ trends. These low-carbon investments would also reduce the city’s energy bill by 8.5%.

Delivering these emission reductions does require significant investment – we estimate that it would cost around $4 billion – but these measures would pay for themselves in seven years and then continue to generate savings throughout their lifetime.

But what impact will they have on urban poverty?

The age of Xi: will China flex its climate muscles in 2017? https://t.co/SZ5UCnqhrR pic.twitter.com/ESK3nktz8z

In some cases, a low-carbon strategy will benefit low-income residents. This is obvious in the transport sector.

Most of the urban poor cannot afford cars. However, they are more likely to spend time outdoors and live in polluted areas than wealthier urban residents. This means that the poor breathe in far more of the pollutants produced by private vehicles than those who drive them.

Pedestrians, cyclists and street vendors are also at greater risk of road fatalities, which is the leading cause of death for people aged between 15 and 29 years old.

And of course, even rickshaws get stuck in traffic. Buses, bike lanes and pedestrian pathways encourage people to travel in less carbon-intensive ways.

They are more inclusive, avoiding the social costs associated with private cars such as congestion, air pollution and road accidents. Yet low-carbon strategies are not always win-win.

As illustrated with the waste sector, low-carbon measures may jeopardise the well-being of some of the poorest and most vulnerable urban residents. How can they sort through waste if it has been incinerated?

City governments therefore need to work with communities as they plan and deliver low-carbon strategies. This allows the urban poor to influence decision-makers, making sure that new policies and projects are designed in ways that protect their livelihoods.

Often, these partnerships are only possible if the urban poor are organised. The Alliance of Indian Waste Pickers, for example, represents 35 micro-enterprises, co-operatives and community-based organisations in cities across the country.

In many of these cities, the Alliance has demonstrated that low-carbon technologies can be adopted in ways that do not exacerbate urban poverty.

For example, government agencies can provide sanitary sites where waste pickers can identify and extract waste with potential value. The remainder can then be incinerated or added to landfill. In Kolkata and Pune, cooperation between local government and community organisations actually made investments in waste infrastructure more cost-effective.

The example of Kolkata shows that cities in the Global South can significantly reduce their carbon footprint. Many mitigation options prove very financially attractive. Others help to improve the health and mobility of low-income urban residents.

However, the economic case for low-carbon measures does not always align with the social case. Some investments could exacerbate poverty and vulnerability to the impacts of climate change.

Where there are conflicts, governments need to work with affected communities to ensure that the costs of climate action do not fall on the poor. By making sure that their voices are heard in decision-making forums, these partnerships can also help to tackle the drivers of urban poverty: marginalisation, exclusion and inequality.

Sarah Colenbrander is a ‎researcher at the International Institute for Environment and Development (IIED). Follow her on twitter @s_colenbrander