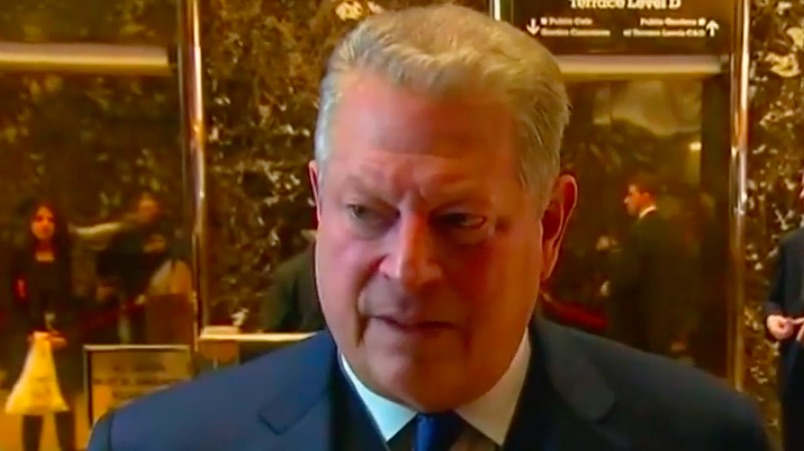 Al Gore said he had a “productive” conversation with president-elect Donald Trump on Monday after the pair met to discuss climate change at the billionaire’s Trump Tower headquarters.

Former vice president Gore was slated to meet Trump’s daughter Ivanka and discuss efforts to curb greenhouse gases, but told media he spent the “bulk of his time” with her father, who once said global warming was a Chinese hoax.

“I had a lengthy and very productive meeting about the transition with the President elect,” Gore told media after the meeting.

“It was a sincere search for areas of common ground. I found it an extremely interesting conversation and to be continued, and I’m just going to leave it at that.”

During the election campaign Trump threatened to pull the US out of the Paris climate deal, which was agreed by 195 countries in December 2015 and came into force last month.

Last week his chief of staff Reince Priebus told Fox News Trump thought global warming was a “bunch of bunk”. Tomorrow Trump is slated to meet Exxon CEO Rex Tillerson as he continues his search for a secretary of state.