Art of the deal: how Trump can win by playing climate game

If Trump’s goal is to do good for American workers by promoting US interests, a decision to quit the new global climate regime would be misguided 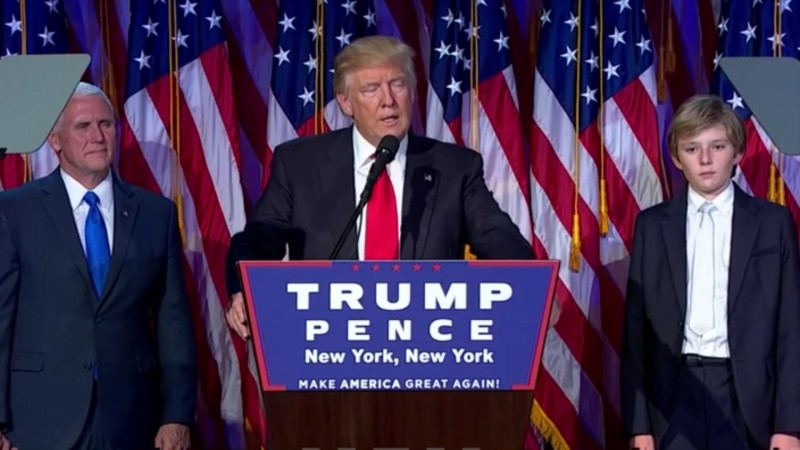 By Guy Edwards and Tory Hoffmeister

US president-elect Donald Trump is proud of his real-estate empire. “I just love building buildings,” he once said.

The allegedly astute property developer is likely cognizant that structurally sound buildings require solid foundations and must be able to withstand the elements.

Given overwhelming scientific consensus that climate change poses an enormous threat to the US economy and its citizens, it would be reckless for Mr. Trump to take his belief that global warming is a hoax to the White House.

If the new administration and Republican climate change deniers in Congress firmly backs fossil fuels, the US will be at serious risk of increasing its vulnerability to a changing climate and forgoing immense potential to expand clean energy.

Trump wants to unleash a dirty energy revolution by making full use of America’s considerable oil, gas and coal reserves. He has outlined plans to approve new fossil fuel projects and to reverse President Obama’s rejection of the Keystone XL Pipeline.

The president-elect intends to rescind the coal mining lease moratorium and stop funding clean energy research. His transition team is thronged with fossil fuel industry representatives and climate skeptics, including Myron Ebell, who has been tapped to lead the Environmental Protection Agency transition.

If Trump’s goal is to do good for American workers by promoting US interests at home and abroad, a decision to end US participation in the new global climate regime would be misguided.

The Paris Agreement has been ratified by 111 countries and came into effect this month. It represents a solid blueprint for building a more prosperous and resilient future.

The agreement seeks to limit the increase in the global average temperature to well below 2 degrees above pre-industrial levels and to reach emissions neutrality in the second half of the century. To meet these goals, countries must submit updated national climate plans every five years.

The adoption of the Paris Agreement in 2015 indicated that a significant shift in countries’ perceptions of their national interests had taken place.

Meanwhile, the steep drop in the cost of renewable energy and the potential for expanded use of clean technologies has strengthened the idea that there is more economic risk in failing to combat global warming than in transitioning to a low-carbon economy.

According to the US Department of Defense, climate change poses “immediate risks to national security.”

Natural disasters in the US have laid bare its vulnerability to climate impacts. Deadly floods in Louisiana, Hurricane Matthew, and severe fires in California are not isolated events, but part of a worldwide trend of increasing frequency and severity of climate-related disasters.

These impacts are also extremely costly. In the first three-quarters of 2016, extreme weather events cost U.S. taxpayers $27 billion in damages.

Trump should resist the urge to extricate the US from the Paris Agreement, as this would harm US soft power and ability to negotiate other deals. Cutting climate aid payments to vulnerable Central American nations could also undermine adaptation efforts and lead to increased migration to safer areas further north.

Cancelling US efforts to reduce emissions and backing new fossil fuel infrastructure projects could prove highly costly in a global context of a low-carbon transformation.

The president-elect’s enthusiasm for developing US coal, oil and gas reserves clashes with the emerging consensus on the risk of fossil fuel assets becoming stranded due to premature write-downs or devaluations caused by responses to climate change such as carbon pricing, and combined with falling clean technology costs.

The Global Commission on the Economy and Climate, chaired by former President of Mexico Felipe Calderón, argues that as countries look to boost growth and implement the Paris Agreement, shifting finance flows to sustainable infrastructure is critical.

Such investment in clean public transport and renewable energy instead of fossil fuel-heavy infrastructure can bring the U.S. considerable benefits, such as job creation, enhanced mobility in cities, and reduced air pollution and emissions.

How a US Republican president helped set up the UN #climate talks in 1991 https://t.co/szGRPh7yy0 #COP22 pic.twitter.com/u8DqETqPfB

The US has already made significant progress with low-carbon technologies. In 2014, manufacturers of wind turbines, photovoltaic panels, lithium ion batteries, and LEDs added $3.8 billion in value to the U.S. economy. Last year, the solar power sector supported an estimated 220,000 domestic jobs, with further job growth expected.

Hundreds of US businesses and investors, including Levi Strauss & Co, Nike and Starbucks Coffee, have stated that the failure to build a low-carbon economy could jeopardize America’s prosperity and have urged Trump and other elected leaders to back the Paris Agreement.

If Trump and his Republican allies in Congress succeed in wrecking Obama’s climate change policies and turn their back on a clean energy future in favor of more fossil fuels, the world has scant chance of limiting global warming to well below two degrees.

The author of the “Art of the Deal” has staked his career on the notion that he is a highly successful businessman and property developer.

It is time that he wakes up not only to the threats posed by climate change, but also to the opportunities offered by a low-carbon transition. America’s future prosperity will rest on very rocky foundations if he does not.