As climate talks in Marrakech dragged into the late hours of Friday, leaders finally broke the silence over their fears of Donald Trump 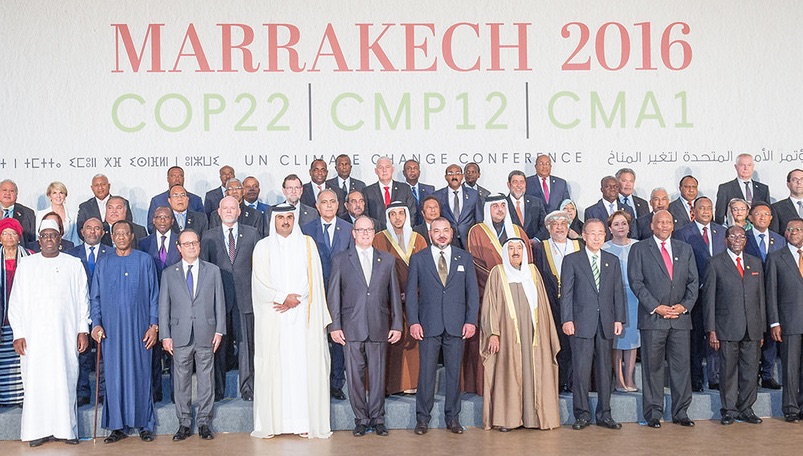 UN climate talks in Marrakech ended in the early hours of Saturday morning amid deep unease over the future of global cooperation on carbon cuts.

Cheers and applause as the two-week summit closed – and an impromptu rendition of Happy Birthday for a delegate from Mali – masked the shadow cast over this process by Donald Trump’s US election victory, and his threat to withdraw from the Paris climate agreement.

“We count on your pragmatism as well as your commitment to the international community for the future of our planet, for humanity and for the dignity millions of people,” said Mezouar.

Bainimarama alluded to the US intervention in the Pacific in the second world war.

“I say to the American people: you came to save us then and it is time for you to help save us now,” he said, whose country will host the 2017 summit in Bonn, Germany.

China, the EU, Brazil and India are among those who say they are committed to the UN deal, but the loss of the world’s second-largest polluter would make efforts to limit warming tougher.

On Monday the UN’s World Meteorological Organisation (WMO) announced 2016 would be the hottest year on record, with temperatures inching to 1.2C above pre industrial levels.

Research presented in Morocco by the Global Carbon Budget team say at current emission rates a UN danger zone of 2C will likely be passed by 2037.

With the focus of this year’s climate summit on delivering what was agreed last year, no governments volunteered tougher emission cuts, although an alliance of 47 countries including Bangladesh, Ethiopia and Costa Rica pledged to aim for 100% clean energy.

COP22 in brief: summary of all key agreements in Marrakech

Despite the Trump effect, envoys said plans to implement the flagship climate agreement had become clearer, with 2018 set as the year for delivery of a set of rules for countries to follow.

Negotiations on a system to rate how effective national climate policies are and measure emission cuts also started well, with more work planned through 2017.

“We made the most of the momentum of recent months and laid important foundations for swift and ambitious implementation of the Paris Agreement,” said German environment minister Barbara Hendricks.

“The transformation to a climate-friendly world agreed on in Paris is well underway and can no longer be halted.”

“The negotiations helped by putting 2018 firmly on the map where countries must recalibrate their plans,” said Liz Gallagher, a policy advisor with UK think tank E3G.

The UN’s desire for a global show of unity appeared under threat as last-minute haggling dragged talks into six hours of overtime and led to multiple huddles of diplomats around the conference venue.

A drive by Brazil to have the frequency of national climate plans discussed in 2017 was finally accepted, with a date set for next year’s climate summit, which will be hosted by Fiji and held in Bonn, Germany.

Support for climate adaptation and a 2017 review of progress were also among concerns raised as the conference drew to a close.

“The sticking point here in Marrakech has been the issue of finance to help poor countries leapfrog dirty energy and help them adapt to a changed climate,” said Mohamed Adow from Christian Aid.

“The $100 billion a year promised by rich countries as part of the Paris deal must be delivered if the atmosphere of trust essential for progress is to continue.”

“This was billed as a conference for action and implementation of the Paris agreement,” said Isabel Kreisler, head of Oxfam International’s climate change policy team.

“Instead, we saw a stubborn refusal from developed country ministers and negotiators to fill the adaptation finance gap and face the fact that the agreement doesn’t fully protect lives that will suffer the most from climate change.”