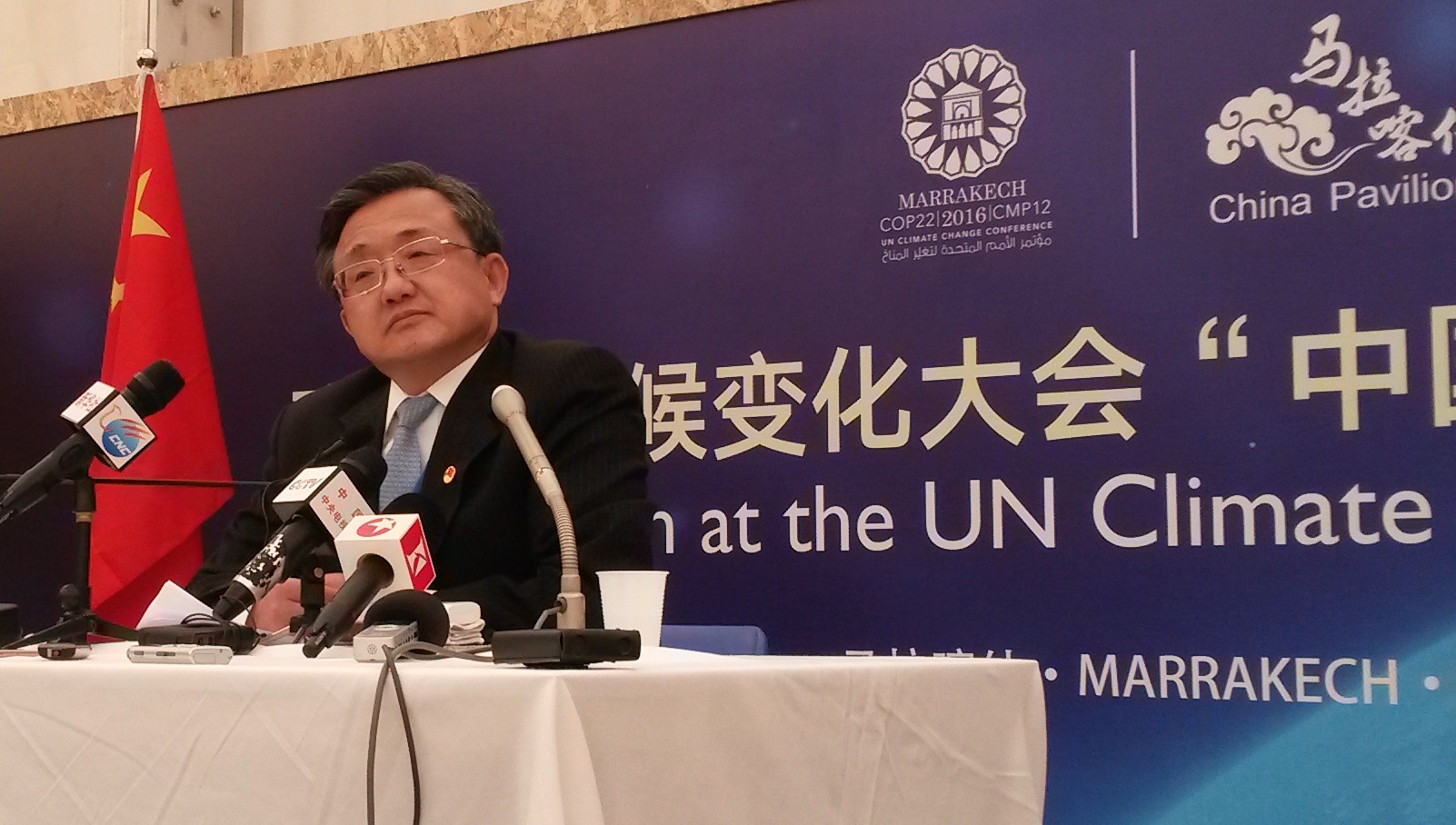 UK ministers preparing for trade deal talks with Beijing once the country leaves the European Union are advised to do their climate homework.

China will consider low carbon development and the green economy when embarking on trade talks with countries, said its vice minister for foreign affairs on the sidelines of the COP22 UN climate talks on Wednesday.

“This is an issue, but addressing climate change should not be an obstacle for promoting trade – it should be facilitative for improving trade,” said Liu Zhenmin in response to a question from Climate Home.

“We want to improve the production and consumption of energy,” he added, emphasising the country’s need for new green technologies to clean up its industry.

China is the world’s second largest economy and top carbon polluter, exporting goods with embedded carbon emissions of 386MT CO2e to the US every year and roughly the same to the EU, according to researchers with the Global Carbon Project.

UK officials cannot start negotiations with Beijing on a free trade deal until the country has left the EU, which will likely be two years after the government in London triggers an exit clause named ‘Article 50’.

In the event of a US exit from the UN climate treaty, as threatened by president-elect Donald Trump, Liu said he expected the EU and China to maintain close links on developing low carbon trade.