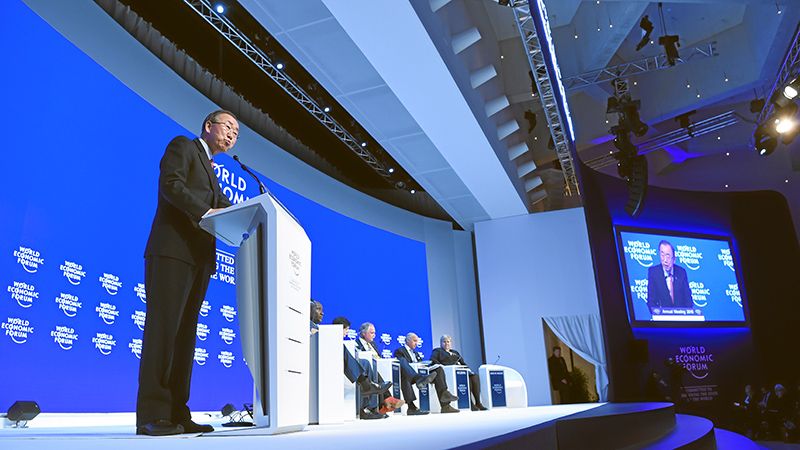 UN secretary general Ban Ki-moon has called on Donald Trump to make a “quick, wise decision” on US participation in the Paris climate treaty.

In a press conference notable as much for what Ban did not say as what he did, the outgoing chief of the UN played to the president-elect’s business sense in his climate pitch.

“My sense is that as a very successful businessman, I believe he understands market forces are already in this issue,” the UN top diplomat said when asked if his meeting with Trump last week has caused any change in the stance of the newly-elected US chief executive.

Trump’s victory at the polls has stirred anxiety among climate advocates, as the firebrand Republican has pledged to nix the Paris Agreement, a legally-binding climate pact which mandates developed and developing countries to reduce their greenhouse gas emissions.

Report: Countries rely on carrot, not stick, to keep Trump in Paris Agreement

Ban Ki-moon said though that he wants to remain optimistic that the incoming US president will depart from this position and consider supporting the global fight against climate change.

Amid this, Reuters has reported though that the Trump administration aims to expedite the withdrawal of US from the Paris Agreement.

Ban Ki-moon said he will raise the issue of climate change when the pair meet shortly: “I hope Trump will really hear and understand the seriousness and urgency of addressing climate change.”

The UN official also said that some US states and American corporations continue to back their call for aggressive actions on emissions reduction: “They are fully onboard in moving forward to decarbonize,” he raised.

“We are working with some of the largest corporations on climate-related issues, adding that “Industrial states and major cities pledged to reduce carbon emissions.”