Cash is needed to tackle damages from climate impacts

The Paris Agreement is a great diplomatic win, but it still needs to be made to work for the poorest and most vulnerable 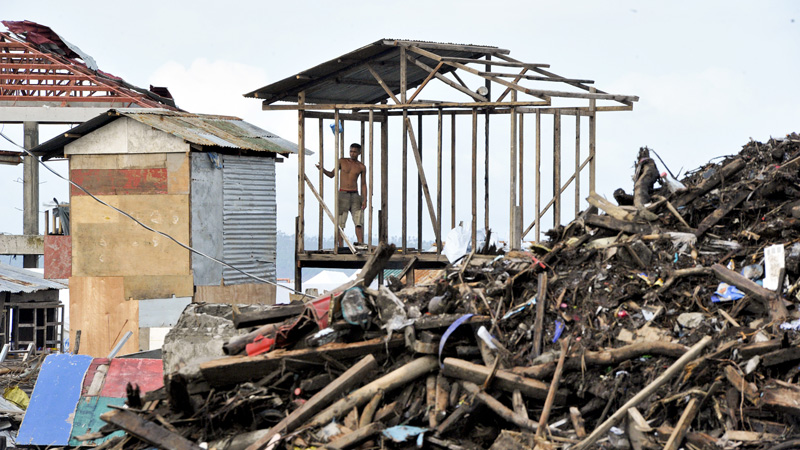 By Amy Whalley and Sheri Lim

“Loss and damage” refers to the worst impacts of climate change, which typically hit the most vulnerable people.  It’s when climate change goes beyond what it is possible to adapt to.

These are examples of loss and damage. The scale of impact requires action beyond how we currently respond to individual disasters and humanitarian crises. It requires large-scale shifts in economic strategies, major ecosystem rehabilitation, extensive social protection programmes and comprehensive contingency schemes, and a significant amount of finance to enable the most vulnerable to recover.

It took a long time for rich countries to agree loss and damage was occurring. They wanted to bundle it – and the finance that it will need – in with adaptation. But at Paris, due to the effective advocacy of the countries on the front line of climate change, including Tuvalu, the Maldives, Gambia, Bangladesh and the Philippines, great diplomatic steps forward were made.

Enshrined in the Paris Agreement is the recognition that loss and damage would need “support” (aka finance) from the international community (Article 8.3). And the Warsaw Implementation Mechanism (WIM), the UN body that deals with loss and damage set up during COP19, was given a beefed up mandate and brought out from under adaptation (Article 8.2, 8.3).

These wins at Paris mean that countries can take the opportunity of Marrakech to congratulate themselves on how far they have come. But Parties also need to acknowledge at COP22 that we have to progress faster on loss and damage, and that the WIM requires many more resources – both political and financial – so that it can get more done.

The WIM has been working well – but far, far too slowly given the scale and urgency of what people are facing already.  It has started to organise work on some areas, for instance displacement and risk transfer, but it has done almost nothing on providing support (finance) for countries and communities facing loss and damage.

There is critical work needed to fully comprehend the scale of loss and damage and to start shifting our efforts towards sufficiently funding loss and damage programmes and initiatives which protect the poorest and most vulnerable. At COP22 countries need to kick-start a process to work out how we’re going to raise the finance needed, including looking at innovative sources of finance (like aviation levies or fossil fuel levies) additional to treasury budgets.

The WIM has also started work on risk transfer, including looking at how insurance can be made to work for loss and damage. G7 countries have taken on this work as well, with their InsuResilience initiative. This is important work, and offers a great deal of promise.

But it’s important to keep insurance in perspective – it’s not possible to insure against rising sea levels, and if storms become too frequent, premiums will become too expensive. Insurance only works if it is embedded within an overall risk management structure, including things like social safety nets and capacity building.

And, perhaps most importantly, we can’t expect poor people to pay insurance premiums they can’t afford for a problem they didn’t cause. Hence, moving finance for loss and damage forward at Marrakech becomes even more crucial.

What can actually be achieved by the WIM will be decided by the resources at its disposal and the political support it receives. At Marrakech countries need to acknowledge this, commit additional resources to allow the development of a full 5 year plan, and provide critical political support.